In the fragrance firmament, it’s exceedingly rare that a true star is born. 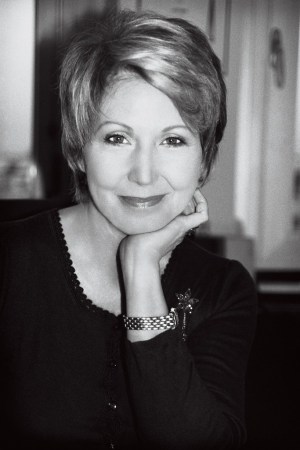 In the fragrance firmament, it’s exceedingly rare that a true star is born. Yet 20 years ago, Thierry Mugler’s Angel was launched into the stratosphere, shaking up preconceived notions of scent.

Even still today, one bottle of Angel is sold every 10 seconds worldwide, and its business grows by double digits.

The story dates back to October 1990, when Vera Strubi joined Groupe Clarins (today Mugler’s owner) specifically to create a fragrance with the designer.

“Mugler said to me, ‘I just want a very simple, square bottle with my name on it,’ ” says Strubi, who instead suggested that she take two months to delve into Mugler’s universe to generate ideas. Two months later, she was no closer to resolution. “There were 100,000 stories which I could tell,” explains Strubi, who presented Mugler with myriad options.

While gesticulating to explain to her that it was all marketing hocus-pocus, Mugler looked at his hands. On one finger, a star-shaped ring caught his eye. “He said, ‘I know what you’re looking for. It’s the star. It is my lucky symbol.’ ”

Mugler told Strubi the fragrance must become a classic and be beautiful, blue and smell of childhood memories. And he didn’t want it linked to the ephemeral world of fashion. Strubi found this a challenge. She told perfumers that the scent had to be full of contrasts—fresh, light, warm, sensual, innocent and sexy. Olivier Cresp, then of Quest, concocted a peony-patchouli juice, which Mugler nixed due to the floral aspect. One year and 1,000 submissions later, she knew Cresp’s fragrance was the winner. Strubi says she had slept with it each night and never tired of it. “It was a sign,” she says. Only then did she ask Cresp to add a sweet touch to the juice—such as a hint of chocolate or caramel.

For Strubi, the key lesson learned from the project was simple: “Even if you think everything has been done, you always can invent.