The abrupt ceo switch marks a change in leadership, but not in strategy.

The surprise changing of the guards at Tapestry Inc. came with a little extra corporate bluntness — at least by fashion’s c-suite standards.

When chief executive officer Victor Luis abruptly “departed” the company Wednesday to be succeeded by chairman Jide Zeitlin, he was thanked for his vision and efforts, but the company line was clearly that Luis is out because he didn’t deliver the results the board wanted. The group’s share price is less than half what it was a year ago while operating profits have declined.

However, Tapestry appears set to very much remain the company that Luis, 53, cobbled together and even named — a multibrand powerhouse in the accessible luxury space with big-time ambitions to expand both at home and abroad.

Zeitlin, 55, has spent 13 years on the company’s board and the last five as chairman. He told WWD that the directors believe “very deeply in this company,” including its multibrand strategy, the brands themselves and the leadership.

But he added that Tapestry also has “a board that is quite focused, ultimately, on results and on delivery and believed that there was a gap between the strong strategy and team and brands and our delivery.”

Zeitlin said there were some “hiccups” as the company integrated Stuart Weitzman and Kate Spade & Co. and noted that the board “ultimately held the ceo accountable for that.”

Now the job is Zeitlin’s. The new ceo spent the first 20 years of his career at Goldman Sachs, where he was a member of the executive office and served as global chief operating officer of the firm’s high-profile investment banking business. He sits on the board of Affiliated Managers Group, Inc.; is chairman emeritus of Amherst College, where he received a bachelor’s degree in economics and English, and is chairman of the Nigeria Sovereign Investment Authority. After leaving Amherst, he went on to get an MBA from Harvard University.

On the way out, Luis is getting both some time and money. He has a non-compete agreement that lasts 27 months and will receive a separation package that includes six months pay in lieu of notice, or $700,000; 21 months of his base salary, totaling $2.5 million; bonuses, and the continued vesting of stock options.

Zeitlin lauded much of the work Luis did at the company, where he rose up the ranks having led its businesses in China and Japan before taking charge of its international group and becoming ceo.

Luis said: “I am grateful to and inspired by the more than 20,000 people who make up this incredible company. Together we have energized the Coach brand, while creating a unique portfolio with the acquisitions of Stuart Weitzman and Kate Spade. I am proud to have led the talented individuals at Tapestry and of the culture rooted in optimism, innovation and inclusivity that we’ve built. I am confident in the boundless potential of these teams and brands and very much look forward to following their future success.” 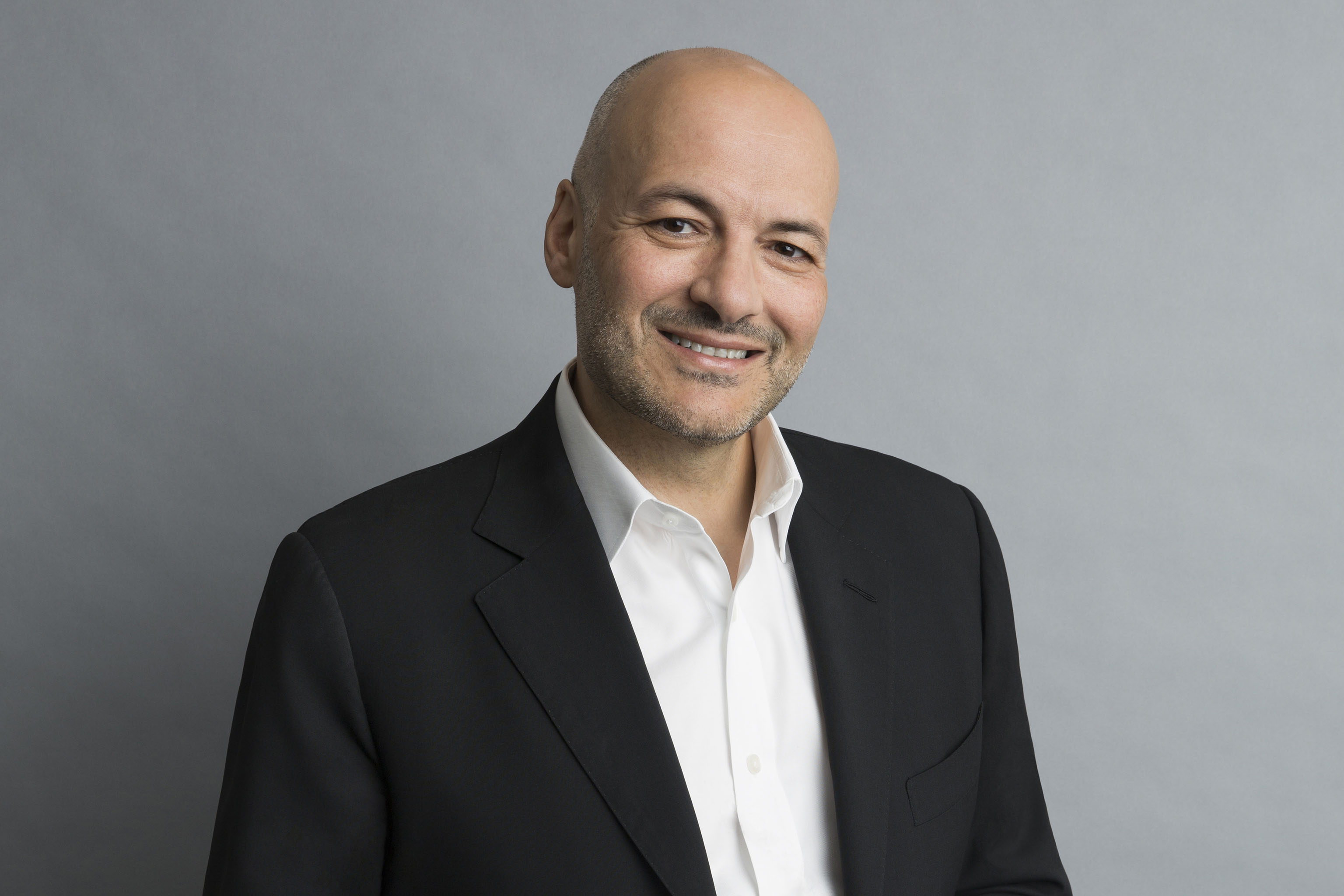 The departure sets up another guessing game down the line that will have fashionistas looking for just where Luis might ultimately land. Stefan Larsson managed to bounce back from his brief stint as head of Ralph Lauren Corp. to become heir apparent at PVH Corp.

But more immediately, the focus is on what the shift means for Tapestry, which has both suffered its own woes and been caught up in broader trends that have hurt most of the big fashion companies, struggling to connect with new consumers and a much more digital approach.

Susan Kropf, a current member of the Tapestry board, was named lead independent director, and said: “The board remains committed to Tapestry’s multibrand model, while recognizing the need to sharpen our focus on execution. Given the continued strength and momentum at Coach — the largest brand at Tapestry — our top priority remains driving significantly improved performance at our acquired brands.”

Zeitlin took pains to stress that while there was a transition at the top, the mission and vision are the same at Tapestry.

“I’m someone who has been around this business for 20-plus years,” noted the new ceo, who was a consultant to the company before joining the board.

He brings “a fresh set of eyes” to the operations and plans to start out by “asking a lot of tough questions,” while relying on his time on Wall Street to “think about this as if I was an investor.”

“I’m coming in asking a lot of questions, engaging with the team that I know very well,” he said.

The Kate Spade supply chain has been “terrific” and the synergies between the two businesses were better than expected, but the new ceo said, “We continue to have real work ahead of us on the North American side of the business.”

The Spade business, he said, needs to make sure retailers are getting novel looks to appeal to shoppers while the outlet stores receive product that is “really differentiated.”

Ironing out any problems now is important as the company looks to drive more of its business overseas, particularly in China.

“We have all the right pieces on the chessboard, but we’ve got to make the most of every move here,” Zeitlin said.

The board plans to search for a “future” ceo “at the appropriate time, according to the company, but there doesn’t seem to be a rush.

Zeitlin said: “There is not a timeline. There is a ton of focus on making sure we don’t end up treading water or getting distracted by that process [to find a new ceo] and really focus on running the business as well as we can. We’ll figure out what the right time is.”

Regardless of when that is, Zeitlin’s appointment makes him one of the very few African American ceo’s among major American companies generally, let alone fashion.

While Zeitlin “sadly” acknowledged that fact, he is zeroing in on the business.

“If we can continue to perform and even perform more strongly than we have recently, that will be great,” he said. “Let that speak for itself, whether it’s in terms of inclusivity or any other aspect of leadership.”

Diversity is “in our DNA,” he said. “There’s always room to improve, but it’s very much a part of the way we try to make the business decisions and run our business as well as possible.”

And right now, that means running the business better, not building the portfolio — Tapestry remains on the dealmaking sidelines for now.

“We are 100 percent focused on operations, on execution,” Zeitlin said. “This is not about a sharp left turn or right turn with respect to strategy, it’s about basic blocking and tackling.”

And he has some help.

Anna Bakst, who took control of Kate Spade as ceo and brand president in March 2018, would seem to be under the microscope given the continuing troubles at that brand.

Investors were feeling optimistic and sent shares of Tapestry up 5.1 percent to $21.49 — but that’s still well below the $50.86 the stock was trading at a year ago — leaving the company with a market capitalization of $6.2 billion.

When Luis took the reins in early 2014, the company was centered squarely on the Coach brand, which for a decade essentially owned the accessible luxury handbag market in the U.S. under his predecessor Lew Frankfort and creative director Reed Krakoff.

Luis’ vision led the company to its portfolio approach and a name change — to Tapestry from Coach Inc. — shortly after the Kate Spade acquisition.

“We are now at a defining moment in our corporate reinvention, having evolved from a mono-brand specialty retailer to a true house of emotional, desirable brands, all leveraging our strong operational foundation,” Luis said at the time.

He was seen as an empire builder, a potential player for almost any brand that would come on the market and a chief dealmaking competitor of John Idol, who similarly used the foundation of Michael Kors to buy Jimmy Choo and Versace to build Capri Holdings.

But beneath the market share grabs, Tapestry slipped up as the new businesses came on board. Weitzman faced supply chain issues while Spade has struggled in North America.

Meanwhile Coach, which is still the core of the business, went through a transformation, reducing promotions while shuttering some stores and scaling back distribution to strengthen the brand.

Weitzman brought in annual sales of $300 million while Kate Spade added nearly $1.4 billion to the top line, but during Luis’ five-year tenure atop Tapestry, total sales gained less than that, rising to $6 billion from about $5 billion, as the business evolved. Adjusted annual operating income over the period fell to $945 million from $1.6 billion.

Tapestry isn’t the only company to struggle through what’s been a turbulent period for fashion, where influencers have overtaken magazines, department stores are on the wane and the web has snatched up just about all of the growth, but returned little in the way of profits.

Now the company has something of a fresh start, even as it sticks to the same strategy.

“This is a moment of change,” Zeitlin said. “But also a moment of tremendous opportunity for us within Tapestry.” 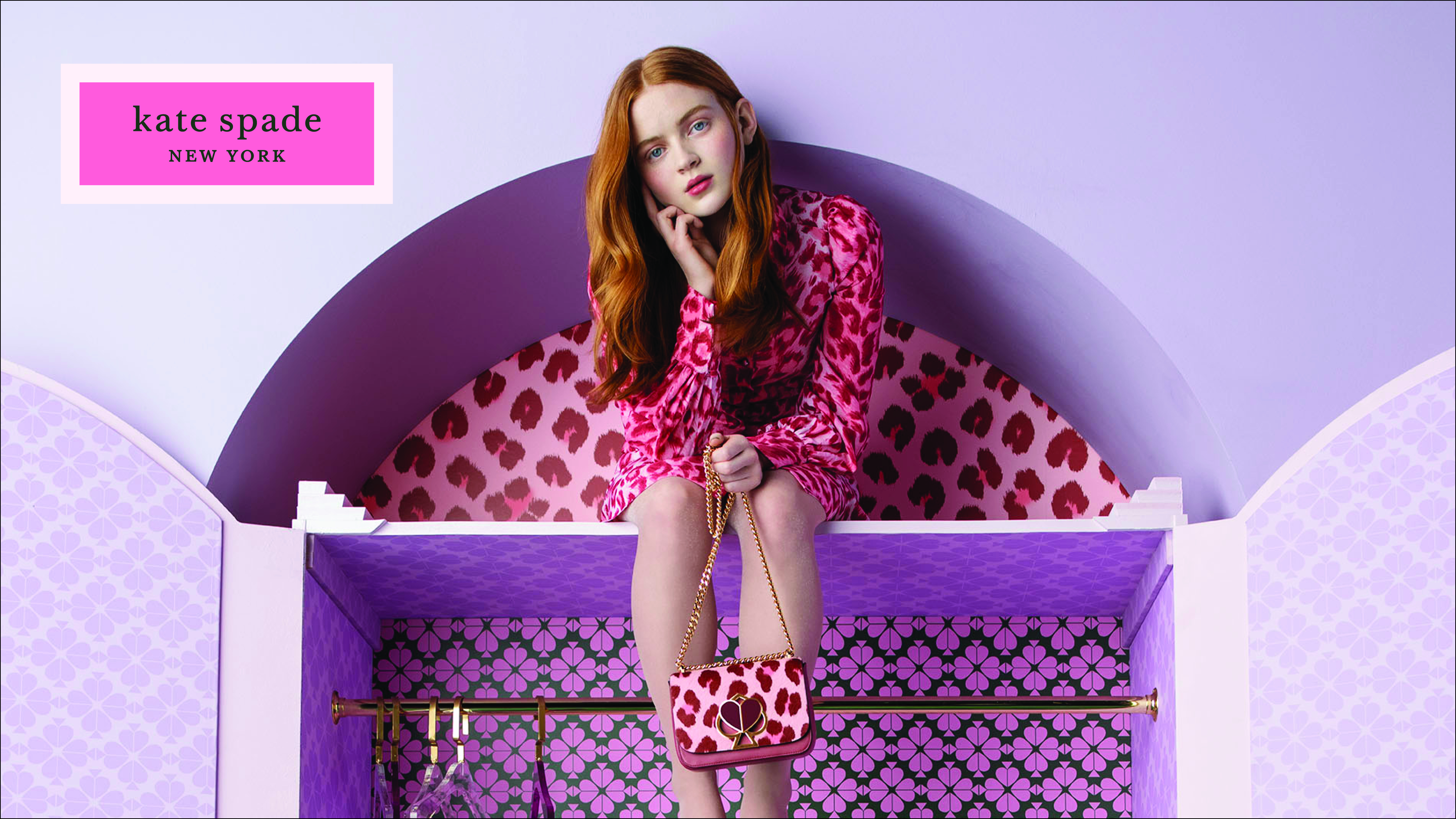 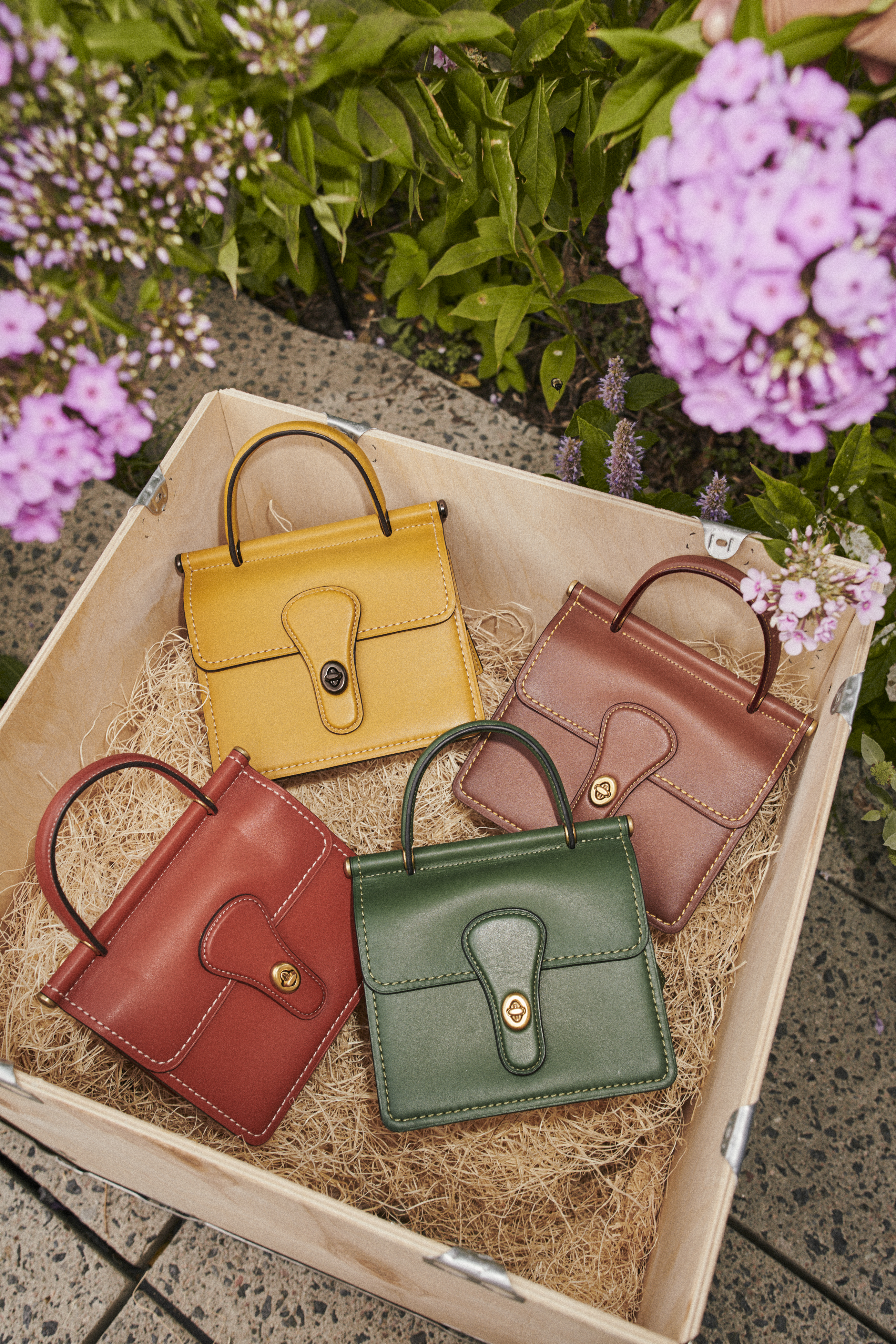 Some of the styles from the Coach Originals collection.  Courtesy 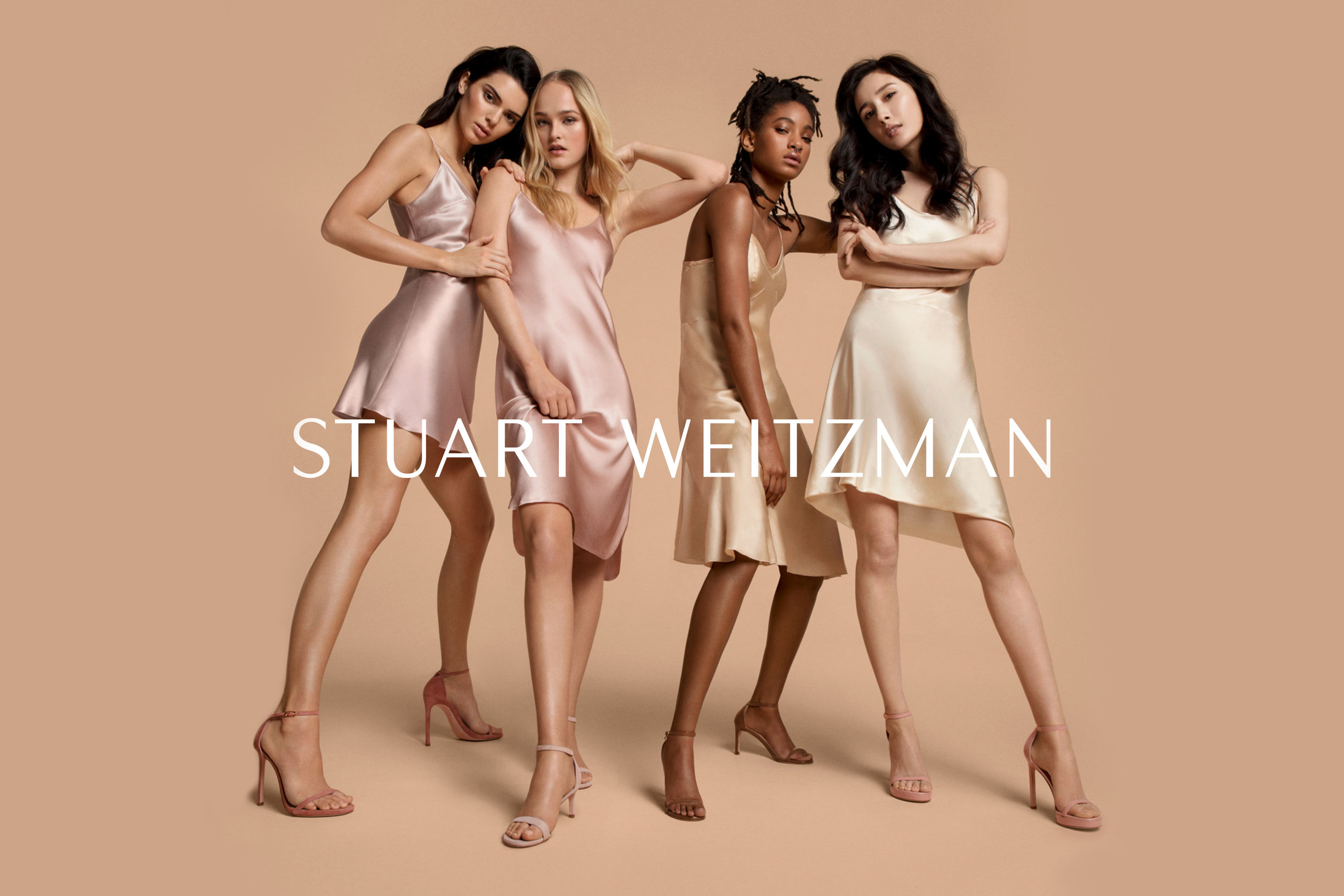