The High School of Fashion Industries has selected the Barneys New York executives as the honorees for its annual Student Style Celebration. 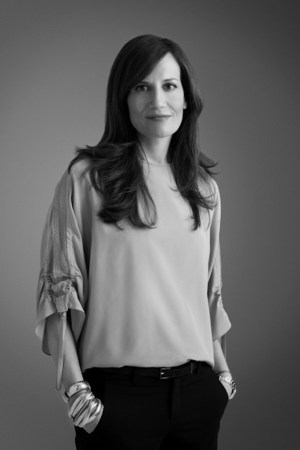 The High School of Fashion Industries has selected Barneys New York’s Tom Kalenderian and Daniella Vitale as the honorees for its 28th-annual Student Style Celebration on May 14.

Vitale, the retailer’s senior executive vice president and chief operating officer, and Kalenderian, its executive vice president and general merchandise manager of men’s and Chelsea Passage, will be presented with the school’s Fashion Visionary Award. They were singled out for their community leadership, commitment to nurturing talent and the store’s planned return to its original location in Chelsea, the school said.

Kalenderian called it “a great honor to be recognized by a high school that inspires and mentors young people who have an interest in the fashion industry. It is especially meaningful to me having personally been mentored by the legendary Fred Pressman, who developed a summer program in the mid-Seventies to hire disadvantaged young people to work at Barneys New York. The High School of Fashion Industries has a long history with Barneys New York as it was one of the original benefactors of our Youth Program.”

Fred Pressman was the son of Barneys founder Barney Pressman and was viewed as one the most legendary merchants in the apparel business.

Calling it “a great institution,” Vitale said, “I have always admired young adults who are passionate and committed to something so early in their lives. I was very much the same way and am a strong advocate for schools who mentor and educate in this way. I look forward to celebrating the accomplishments of the students at the High School of Fashion.”

Adrian Gilbey, president of the school’s advisory board, said the evening “will highlight our shared credo of inspiring and supporting the future members of our industry. We can’t think of two more deserving individuals and look forward to celebrating them and showcasing our students’ talents at the annual Student Style fashion show.”

The High School of Fashion Industries was founded in 1926, and its 1,750 students can major in fashion design, fashion merchandising, visual merchandising, illustration or graphics.