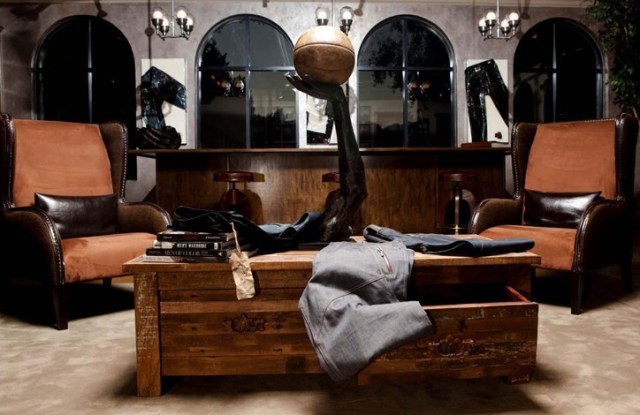 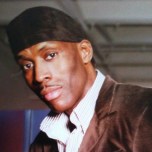 Kevin Willis has known from an early age what it’s like to struggle with fit. Now, the 7-foot-tall former NBA star is ready to help other large men who can’t find stylish clothes in their size.

Willis, who played basketball professionally for more than 20 years and retired in 2007 at the age of 44, has had a men’s big and tall brand since 1988, when he and his former Michigan State teammate Ralph Walker formed Willis & Walker. The Atlanta-based brand, which is now focused primarily on premium denim, has operated a retail store since its inception, and a 3,400-square-foot flagship opened in the trendy Buckhead neighborhood two years ago.

But Willis is ready to take the brand to the next level. For fall, Willis & Walker will expand into a full lifestyle collection, offering everything from suits, sport coats and dress shirts to knitwear, nondenim bottoms and shoes.

Marcraft Apparel Group, the company’s tailored clothing licensee, is constructing a showroom for Willis & Walker at its Trump Tower offices in New York, which is slated to open this month. And Willis is preparing for a launch event in New York during market week in July.

Willis, whose mother was a seamstress, actually studied fashion and textile design at Michigan State. “It started out of necessity,” he said. “I couldn’t go anywhere and buy anything. In high school, my buddies and I shared clothes and shoes, but I grew six inches in one summer and so the sharing was done.”

Willis left college to turn pro, “but four years later, I broke my foot and said it was time to delve into the fashion world again.” Knowing that his basketball career could end at any time, he immersed himself in the NBA’s internship program to learn every aspect of the fashion business, from choosing fabric to learning about washes, manufacturing and distribution, and then launched Willis & Walker. “This market is so underserved,” he said.

The label offers sizes 34 to 52 in talls and up to 58 in bigs. And although athletes are part of the target audience, the idea is to attract a wider audience. “We want to offer guys between 6-foot-3 and 6-foot-5 nice style and fit options,” he said.

Men’s big & tall is currently one of the hottest categories within the men’s industry. Casual Male Retail Group, the market leader, operates nearly 500 stores around the U.S., and Men’s Wearhouse, which currently has a $300 million business in extended sizes, is testing freestanding big & tall stores this year. Jos. A. Bank has launched a separate big & tall Web site, and next month, J.C. Penney Co is jumping into the fray when the first stores of a new concept, The Foundry Big & Tall Supply Co., make their debut. The plan is to open 300 stores over the next five years.

It makes sense that retailers would see this as an opportunity. According to a recent study from the National Health and Nutrition Examination Survey, 34.2 percent of adults over the age of 20 are overweight, 33.8 percent are obese and 5.7 percent are extremely obese. This is a marked increase from 23 percent of the population who were categorized as overweight in 1994.

As a result, Willis is hoping to attract upscale retailers such as Neiman Marcus or Bloomingdale’s to the expanded Willis & Walker collection. Retail prices for the line will average $225 to $265 for jeans, $795 to $1,295 for suits, $175 to $225 for woven shirts and knitwear from $150 to $600 and up. Shoes, which will be co-branded with Helm, as well as accessories will also be offered.

Over the years, the brand has been carried by retailers including Nordstrom, Stanley Korshak and Rochester Big & Tall, Willis said, but now is only sold in the Atlanta flagship.

“I don’t want to saturate the market,” he said. “The goal is to partner with the right retailers. It’s a lifestyle brand so partners are very important.”

Gary Brody, co-president of Marcraft, said the company has already previewed the concept and shown samples to some retailers. “We’ve had requests for exclusives,” he said, adding: “I’ve never seen a niche grow this fast. How big can this business be? If guys in this size range are 2 to 3 percent of the population, we can sell 30,000 to 40,000 suits in this price zone.”