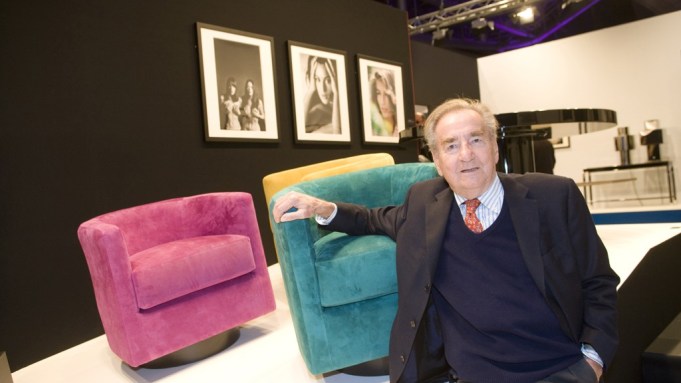 During his extensive career, Rizzo photographed some of the biggest names in the fashion and cinema worlds — including Marilyn Monroe, Brigitte Bardot, Sophia Loren, Gene Kelly, Salvador Dali and Pablo Picasso. He started taking pictures of the stars in his teens, and was one of the founders of Paris Match, signing the magazine’s first ever color cover with a picture of Winston Churchill.

In the Sixties, Rizzo initially began designing furniture for his own apartment, but when his network of well-heeled acquaintances discovered his creations, he turned the activity into a business. Rizzo sold that activity in 1978 to return to photography, however, and his designs are now collectors’ items — one of his coffee tables features in Dior’s boutique in Milan renovated last year, for example.

Rizzo opened a studio on Rue de Verneuil in the 7th arrondissement of Paris in 2009, which has become a space for regular exhibitions of his work. The last show he worked on, a collection of unpublished photos of Gabrielle Chanel, another friend, in her workshop in the Fifties, opens on March 6.

Rizzo is survived by his third wife, Dominique, and their three children, Camilla, Willy and Gloria.

A service will be held on March 1 at 10:30 a.m. at the church of Saint Pierre de Chaillot in Paris’ 16th arrondissement.