Niche brands are rewriting the rules on building a business. 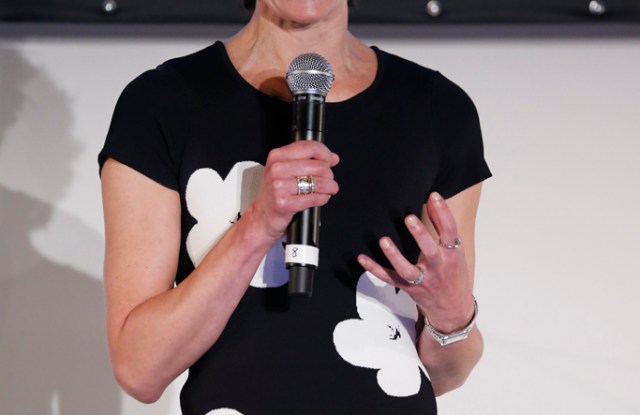 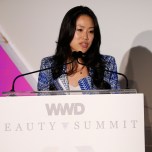 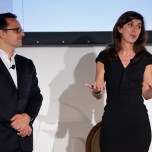 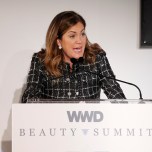 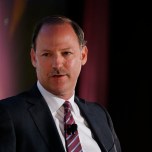 There’s a wave of energy building behind niche brands. Their way of doing business — often guided by a direct dialogue with the consumer — is prompting many of the largest beauty companies to look inward and challenge the status quo.

This growing tension between old and new was on full display at the two-day WWD Beauty Summit, titled Pathways, that was held in downtown New York on June 9 and 10.

A number of speakers declared that the beauty world is undergoing a reinvention at the hands of newcomers, technology and sovereign shoppers, as Lyn Kirby, chairman and chief executive officer at Beauty Brands, termed modern consumers during her presentation.

“It’s the consumer who wears the crown. The sovereign shopper doesn’t wait for a brand or a retailer to tell her when and how to buy,” said Kirby. “We may see ourselves as brick-and-mortar retailers, but the truth is we need to be multichannel providers for our new ruler.”

In Kirby’s view, the shifts in beauty have been epic, “with the upstarts usurping the role of the ruler when the ruler didn’t adapt.”

Gregg Renfrew, founder and ceo of Beautycounter, took that point one step further, saying, “In some ways, there’s no such thing as a channel anymore.”

The shift in power from retailers to consumers is creating an opening for smaller brands to make a go for it, and consumers — particularly Millennials — are flocking to them in droves.

“There’s probably been more disruption in the [beauty industry] in the last 24 months than in the last 10 years,” said David Greenberg, president of Maybelline New York, Garner and Essie Cosmetics at L’Oréal USA. He recalled that earlier in his career all eyes were on “that giant in Cincinnati” Procter & Gamble, but now a host of smaller companies is making noise. P&G, for its part, has since stumbled, and is now selling off much of its beauty portfolio.

“You can’t hide from the fact that the consumer has changed,” said Greenberg. Referring to L’Oréal’s strategy for its Maybelline brand, he said, “If you want to be young at 100 years old you have to take risks.”

After all, there is a growing guard of brands clamoring for consumers’ attention. During a presentation that asked the question, “Are we making it difficult to be loyal?” Jennifer Schmidt, a partner at McKinsey & Co., noted that in color cosmetics 16 brands make up 50 percent of the sales. “In most consumer segments and categories it is far more concentrated with a fewer number of brands,” said Schmidt.

Retailers from Harrods to Sephora called out the pivotal role of emerging brands in delivering innovation.

“You must have been living under a rock if you haven’t noticed niche brands have been one of the hottest trends in beauty today,” said Mia Collins, general merchandise manager of beauty at Harrods.

At Sephora, new brands feed into the retailer’s constant drive for innovation. “We are looking for points of difference, a brand that has a story, an authentic story,” said Calvin McDonald, president and ceo of Sephora Americas. McDonald also shared his bold assessment of the beauty retail landscape. “Despite its importance, there is a shortage of innovation in retail today. Few retailers have the capacity to truly inject their organization with it,” said McDonald. “Many retailers have a deep-seated aversion to risk. …Simply put, a lot of them are just not hardwired in a way that embraces change and creativity.” As a default, in his view, retailers often rely on promotions, which create artificial demand. “The best retailers are the ones that effectively harness technology to accommodate and entice consumers while improving and personalizing the individual shopping experience, and more often than not the younger, nimbler and more technologically savvy teams are the ones that are able to achieve this.”

Niche brands are proving to be some of the most adept at the kind of storytelling that McDonald is seeking. That approach is the foundation of the brand Rituals, which was started when founder Raymond Cloosterman left Unilever after a three-month trip around the globe. “Every product has a little story at the heart,” said Cloosterman, who also serves at Rituals’ ceo. “We always start with a story first and then we start creating product.”

That’s the very same approach of the husband-and-wife team behind Atelier Cologne.

During their presentation, Christophe Cervasel and Sylvie Ganter, the cofounders and cocreators of Atelier Cologne, declared they are not betting on a bottle design, marketing campaign or new product churn to drive their business.

“The perfume itself is at the center of creation,” said Ganter. “Our customers crave the real stories we are telling them.” Each scent, or Colognes Absolues, is built around a story created by the duo.

An honest engagement with “real people not data” is what drives modern beauty businesses, in the view of Richelieu Dennis, founder and ceo of Sundial.

Taking the focus off the consumer is the root of Olay’s current challenges, said Alex Keith, president of global skin and personal care at P&G.

“Every time we win at P&G we start with the customer,” Keith told Summit attendees. Trouble for the Olay brand began, however, when it tried to chase trends and launched a succession of “flash in the pan items” that ended up creating “a suburban sprawl” of overly articulated sublines along retail shelves. “We lost sight of the customer…We lost our way,” said Keith, who added she’s determined to return the brand to its original purpose. “Olay is an antiaging brand. Olay is science. Our science is designed to deliver breakthroughs in antiaging.”

Unilever also focused on the importance of the core. Using hair care as an example, Kees Kruythoff, president of Unilever North America, noted that there are 18,000 products in the category, but only 8 percent of sales in 2014 were from new innovations. “The real growth comes when we are driving the core — and reinventing what was already there — especially when that’s coupled with purpose.”

Thea Green, founder and managing director of Nails Inc., also put the spotlight supporting existing products, saying, “Core can change and be developed and more on, and so it should.”

Jane Hertzmark Hudis, global brand president at Estée Lauder, said that sometimes you need to “push it” when attempting to modernize. She referred to the current efforts to reinvent the Estée Lauder brand — which include tapping model Kendall Jenner as a face of the brand — as “modernization on steroids.”

In her view, a modern future means bringing young customers into the fold.