In an open letter to “The Men’s Wearhouse Family,” he attempted to clarify his position in the increasingly public battle with the retail firm he founded. 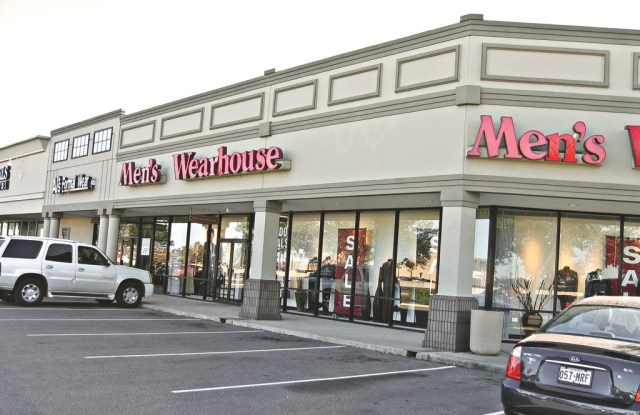 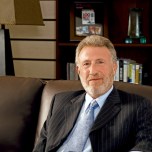 George Zimmer fired the latest salvo against his former company on Wednesday, sending an open letter to “The Men’s Wearhouse Family” that attempted to clarify his position in the increasingly public battle with the retail firm he founded and helmed for nearly 40 years.

A week after his stunning, unprecedented termination, Zimmer said the board is characterizing him as “an obstinate former ceo, determined to regain absolute control by pushing a going-private transaction for my own personal benefit and ego. Nothing could be further from the truth.”

On Tuesday, The Men’s Wearhouse Inc. said that when the company would not allow him “veto power over significant corporate decisions,” Zimmer began talking to investment banking firms about buying the company and taking it private. The board is on record in its belief that such a transaction “would not be in the best interests of our shareholders, and it would be a very risky path.”

In his response Wednesday, Zimmer stressed that he “has not concluded” that taking the company private is the answer. “What I do know is that as a founder and large shareholder, I am greatly concerned about the future of the company if this culture and these values are lost, and believe that the board should be open to at least consider the full range of possibilities that could optimize the future value of the company for all stakeholders,” he wrote.

Zimmer said that over the past several months, he believed the board and current management, led by chief executive officer Doug Ewert, “have been eroding the principles and values that have made The Men’s Wearhouse so successful for all stakeholders. Earlier this year, concerned with the board’s response to the short-term pressures of Wall Street, I encouraged the board to at least study a broader range of strategic alternatives beyond simply selling the K&G division, including the possibility of a going-private transaction.

“Rather than thoughtfully evaluating the idea or even checking the market to see what value might be created through such strategic alternatives,” he continued, “the board quickly and without the assistance of financial advisers simply rejected the idea, refused to even discuss the topic or permit me to collect and present to the board any information about its possibilities and feasibility, and instead took steps to marginalize and then silence me.”

This behavior, he stated, “does not strike me as consistent with sound principles of good corporate governance or the core values of The Men’s Wearhouse, but instead suggests that the directors were more concerned with protecting their entrenched views and positions than considering the full range of possibilities that might benefit our shareholders and indeed all our stakeholders.”

Sources said that, as a discounter, K&G allows Men’s Wearhouse to protect its positioning at the low end of the market and allows it to grow gross margins, providing an “offensive and defensive strategy.”

Despite the threats that surfaced earlier this week, sources said it’s unlikely Zimmer will move forward with any attempt at a buyout of the company. He’s turning 65, has a family with young children and may turn his energies elsewhere. His years as Men’s Wearhouse’s pitchman make him and his gravelly baritone voice immediately recognizable. Zimmer could easily become the face of another brand that is “more lucrative and more fun than selling suits,” one source said.

Neither does Wall Street consider a buyout likely. Shares of Men’s Wearhouse Wednesday slid 28 cents, or 0.75 percent, to $36.85 as two analysts, Richard Jaffe of Stifel Nicolaus and Brian Tunick of J.P. Morgan, weighed in with that opinion.

Tunick based his view on a meeting Tuesday in which Ewert and chief financial officer Jon Kimmins reiterated the company is not for sale and “besides Mr. Zimmer, all board members endorse the company’s operating strategy, including the sale of K&G.”

Tunick acknowledged that Zimmer could link with any number of private equity firms and return to the company as an owner-operator. But he cautioned that leveraged buyouts “in the retail space over the past few years have almost all been management-friendly” and have had an average price of about eight times earnings before interest, taxes, depreciation and amortization for the trailing 12 months, “which would value MW shares closer to $50 in a going-private transaction.” Such a valuation would put a $2.5 billion price tag on the men’s wear retailer.

Stifel’s Jaffe described an LBO as not only unlikely, considering management opposition to the idea, but also “highly risky, as we would anticipate that the focus of the company would be forced to shift to debt service and the culture would likely be disrupted as the current management would likely be pushed out.” Combined with off-balance-sheet lease liabilities, the analyst noted, the strain on cash flow would be considerable in the event of even a modest slowdown in the chain’s business.

Jaffe reiterated his “buy” rating on the stock with a target price of $40, up from $38.

“Our confidence in management has been renewed, and we believe that they have been running the business effectively,” Jaffe wrote to clients.

J.P. Morgan’s Tunick raised his price target on MW to $40 from $35, with an “overweight” rating. He noted that the company’s first-quarter conference call earlier this month provided no indication of how the search for strategic alternatives for the K&G division — presumably a sale of the nameplate — was proceeding.

“We would hope that if/after the K&G sale is complete, management would publicly articulate to the Street its three-year growth plans and the different drivers it plans to use to enhance shareholder value between its diverse U.S., Canadian and U.K. operations.”

Tunick estimated that a sale of K&G would likely value it at no more than $100 million and that earnings for the year would be $2.72 per share with the lower-end division and 10 cents less without it.

A source close to the company said Wednesday that although Zimmer had handpicked Ewert, who spent a decade at Macy’s before joining Men’s Wearhouse in 1995, to be his successor, the relationship started to deteriorate last year. Although Zimmer’s understanding was that Ewert would use him as a mentor and bounce decisions off of him, that relationship soon became stifling for Ewert.

The dynamic with the board was further polarizing to Zimmer, who did not have an “open dialogue” with him on important decisions about the company’s future, the source explained. “They wanted to keep him around as a figurehead,” the source said.

That idea did not sit well with Zimmer.

His reluctance at being a figurehead is also the reason sources believe Zimmer has made his last pitch for Men’s Wearhouse. Although the company has not said whether it would retain Zimmer as an advertising spokesman, sources said it’s highly unlikely he will return. “If he doesn’t agree with the direction of the company and he remains the spokesman, it implies that he does.”

The tit-for-tat between Zimmer and Men’s Wearhouse may eventually cool. Sources said Zimmer is ready to allow the situation to “unfold in a natural way. If the investors think the future requires his presence, I think he’d be willing to do that. But if they are happy with Doug, then so be it. He doesn’t want to create a lose-lose kind of situation.”