Tiffany's and eBay disagree on whose duty it is to prevent knockoffs from being sold. 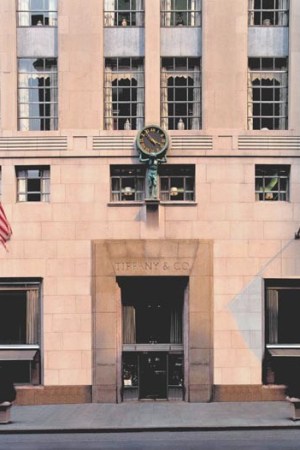 NEW YORK — The five-year legal battle between Tiffany & Co. and eBay Inc. moved to a federal appeals court on Thursday.

This story first appeared in the July 17, 2009 issue of WWD. Subscribe Today.

The two sides agree on at least one thing: there are counterfeits for sale at the online auction house. But they differ on whose duty it is to prevent those knockoffs from being sold, which formed the crux of legal arguments before the U.S. Second Circuit Court of Appeals.

The court’s decision, which isn’t expected for several months, will mark the first time a federal appeals panel rules on the issue of counterfeit sales at online auctions. According to legal experts, and others in the intellectual property community, the case has the chance to set precedent in a field that has had little regulation.

Tiffany lost its initial case against the Web site in a U.S. District Court decision handed down a little more than a year ago. That ruling, based on a 2004 lawsuit, said it is Tiffany’s duty to police eBay auctions for counterfeits and notify the Web site of any trademark infringement.

“This is a new business model,” Tiffany attorney James Swire said of eBay during his argument. “If you’re going to place that burden on brand owners, you have to consider that there’s a lot of small brand owners out there.”

Swire used his time before the three-judge panel to restate Tiffany’s argument that eBay’s business model contributed to, and sometimes profited from, the sale of counterfeit goods. Based on that general knowledge, Swire said, the Web site should be held responsible for verifying the goods its users sell. Tiffany sought to protect the consumer and protect the brand owner, he said.

“That focus is not mentioned once in the district court decision,” he added.

During Swire’s argument, Judge Richard Goldberg interrupted to ask what more eBay could do to prevent counterfeits.

“They could do a lot more if they had the responsibility to take action,” Swire replied.

Bruce Rich, attorney for eBay, countered that the Web site does respond to brand owners’ specific requests and pointed out that Vero, its own notification system, had stopped hundreds of thousands of counterfeit auctions in recent years. Rich told the court Tiffany is asking eBay to police every item labeled “Tiffany” on the site with tools it does not have.

“Multiply that out by all the other luxury goods on sale at eBay and you would have a model that collapses,” he said.

The appeals court panel acknowledged the importance of the case, allotting each side 20 minutes to make its argument, instead of the typical five or 10.

Judge Barrington Parker Jr. alluded to the historical significance of the proceedings when he referred to Inwood Laboratories Inc. vs. Ives Laboratories Inc., a 1982 case upon which the lower court based much of its ruling. In that case, the U.S. Supreme Court found that those not directly responsible for trademark infringement could still be held responsible for it. Brands have used the case to target flea market owners and landlords who allow counterfeiters to sell on their property.

“When Inwood was written, what we’re dealing with now would have been in the realm of science fiction,” Parker said.

The courtroom, normally half full, was packed with attorneys representing other Web sites and luxury brands. Yahoo, Amazon, Coty and the Council of Fashion Designers of America have all filed briefs in the case.