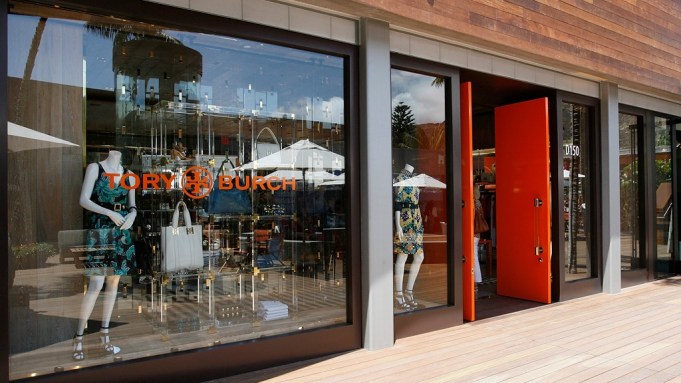 NEW YORK — Call it The Battle of the Burches.

Christopher Burch on Tuesday filed a lawsuit against his former wife, Tory Burch, in an ongoing battle over their respective businesses, as well as over his attempts to sell his stake in Tory Burch.

A complaint alleging six claims was filed by Christopher Burch’s companies J. Christopher Burch, JCB Investments and C. Wonder LLC in a Delaware Chancery Court against Tory Burch, Tory Burch LLC, individual board members of Tory Burch and Isla Coral, a subsidiary of the Mexican private equity firm that took a stake in Tory Burch in 2009.

Burch is seeking a declaration from the Delaware court that the defendants cannot stop him from pursuing other business ventures. Other claims include, but are not limited to, breach of contract and tortious interference with the sale process. Burch and C. Wonder are also suing both his ex-wife and Tory Burch the company for tortious interference with his business relationships with suppliers.

The lawsuit is seeking unspecified compensatory damages, reasonable costs and expenses, and “appropriate injunctive and equitable relief, including but not limited to removal of Ms. Burch and the dominated directors from the board and the appointment of new and additional directors to the board to protect the interests of plaintiffs.”

There were reports in February that designer Tory Burch was contemplating a lawsuit against her former husband for either trade dress infringement or usurpation of corporate opportunity over the launch of the retail chain C. Wonder, one of up to nine new retail formats the entrepreneur plans to introduce. That lawsuit never materialized.

RELATED STORY: Burch vs. Burch — A Legal Battle to Come? >>

According to the court documents, what prompted Christopher Burch’s lawsuit was a series of meetings over a seven-day period last month in which the parties attempted to settle their differences in advance of an impending deadline that would terminate the sale process of Tory Burch the company.

“Mr. Burch’s efforts proved unsuccessful because the constantly evolving concessions demanded by Tory Burch were simply too outrageous and appeared designed to cripple C. Wonder’s business,” the lawsuit charged. At one point, Burch suggested a neutral mediator assist with the negotiations, but realized a lawsuit was required when Tory Burch the company “would not even commit to mediation,” court papers said.

Andrew Rossman at Quinn Emanuel Urquhart & Sullivan, who represents Christopher Burch, said, “Mr. Burch reluctantly filed this action to ensure he will receive fair treatment as one of the two largest shareholders of Tory Burch LLC, a business he cofounded.”

A spokesman for Tory Burch LLC said, “Former board member Chris Burch has decided to take a business transaction to the courts. We believe his claims and assertions are totally without merit.”

Defendants typically have between 20 to 30 days to respond to the initial filing of a lawsuit. In Delaware it could take about a year from the time of the filing until the time for trial, presuming the parties never reach a settlement.

In legal parlance, trade dress is used to describe a certain distinctiveness, whether by physical appearance or packaging, in which there is sufficient similarity between two businesses that consumers may get confused. Burch said in the lawsuit that trade dress claims relied on “functional and commonplace style elements such as ‘green carpets’ and ‘brass buttons’ that are neither owned by Tory Burch LLC nor recognized by the consumer public as distinctively identifying Tory Burch LLC.”

Essentially, Christopher Burch alleged that his ex-wife and her team at Tory Burch have interfered in multiple ways with his ability to operate a business that he said is not competitive with Tory Burch LLC, and that she has effectively “hijacked the bidding process” through which he is trying to sell his stake in Tory Burch.

While the primary allegations pertain to interference with C. Wonder, he alleged that there’s been interference with his other new ventures, such as luxury accessories brands Monika Chiang and denim brand Electric Love Army. That interference was alleged to involve contacting “suppliers and factories throughout China” to inform them of confusion between the C. Wonder and Tory Burch brands and supposedly seeking confirmation that they were not doing business with C. Wonder.

Burch claimed in the court documents that his ex-wife has “manipulated third-party bidders into requiring as a pre-condition to any transaction” that he and his new company C. Wonder reach an agreement with Tory Burch that, he said, is “one-sided and onerous” to his new firm with regard to “trumped up trade dress infringement allegations.”

Burch said he gave notice in June 2011 that he intended to “sell between 85 percent to 100 percent of his 28.3 percent stake in Tory Burch.”

The lawsuit said that Barclays Capital, the investment bank hired to run the sale, had interest from both private equity and strategic bidders at “valuations [Tory Burch the company] found attractive. But instead of proceeding with a sale that is clearly in the best interest of all shareholders, the defendants have misused the sale process as a tool to gain leverage over Mr. Burch and his new business, C. Wonder,” it alleged.

Burch said in the complaint that, in February, a potential investor identified as Bidder A submitted a term sheet that included a requirement that there be a settlement of the trade dress dispute between the former husband and wife. In July, Bidder A met with Burch and disclosed that it was not the bidder but in fact Tory Burch the company that demanded written settlement between the company and C. Wonder. Bidder A’s position changed when allegedly “Ms. Burch contacted representatives of Bidder A and berated them for not demanding a formal written settlement” between the two firms, the complaint alleged. In August, Bidder A had reversed his position and asserted it would now require a formal written settlement, presumably “in order to stay in the good graces of Ms. Burch,” the lawsuit charged.

The lawsuit also said that initially there was no problem with either the sale process or the start of his new business C. Wonder, which Burch said he fully disclosed to the Tory Burch board and even “shared logo, product and manufacturing cost information” before the brand’s launch.

That changed when C. Wonder began to garner media attention, Burch alleged in the complaint. He charged that his ex-wife and the other individual defendants “sought to deny Mr. Burch any ability to participate in the affairs of the company [Tory Burch LLC], despite his position as a co-equal shareholder with Ms. Burch with the right to board representation.” He was also excluded from board meetings when they allegedly acted improperly via “executive sessions,” the lawsuit said.

The complaint, which noted that Tory Burch has gross sales that exceed $700 million annually, said that both Burches each own 28.3 percent of the shares of the company.

The lawsuit included as an exhibit a copy of the firm’s limited liability company agreement, or operating agreement, which stated that directors and members can participate in other business ventures, even if they compete with Tory Burch. The provision in the operating agreement that was quoted in the court document said a competing venture was allowed even if it was in the same “vicinity or market area” that Tory Burch the company is in. Later in the document, Burch alleged that his former wife and possibly representatives of Tory Burch the company went so far as to even exert pressure on “retail space providers” that legal arrangements prevented C. Wonder from leasing space within a certain proximity from where her stores are located. Christopher Burch said in the complaint there is no such preclusion in any contract.

The lawsuit contends that C. Wonder is not a competitor of Tory Burch and says Christopher Burch has made changes to his retail format in an effort to appease his ex-wife “so that she would cease interfering with the sale process.” He pointed out also that while his firm’s price points are “dramatically lower,” between $25 and $195, the range of Tory Burch is from $195 to $895 and up.

As for Tory Burch board members, the lawsuit stated that they are essentially under his ex-wife’s “domination.” As for his ex-wife, he said her prior experience in the fashion industry was limited to public relations and marketing work in the apparel sector, and that she “never operated any business and had never been employed as a clothing designer.”

Burch noted his extensive contributions to Tory Burch from his experience in start-ups and as a venture capitalist to raise $10 million from outside investors to start the company, in addition to his initial investment of $2 million. While Burch said his significant contacts with suppliers and manufacturers helped with the business, “Ms. Burch, while talented, [did] not have the core business experience necessary to assemble a team of top executives.”