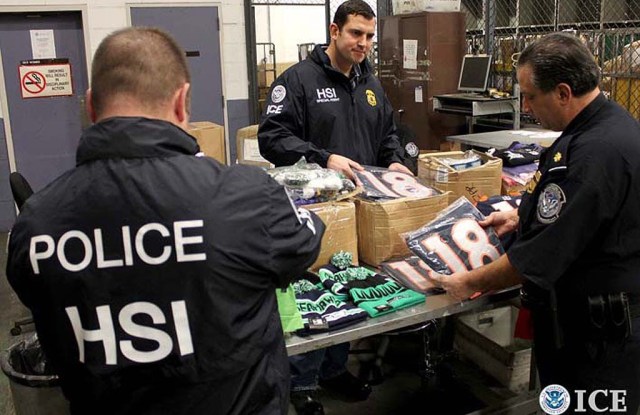 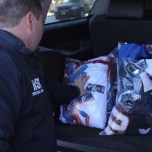 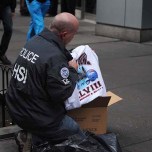 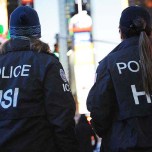 This story first appeared in the January 31, 2014 issue of WWD. Subscribe Today.

Fake jerseys, ball caps, T-shirts, jackets and other souvenirs are among the counterfeit merchandise and clothing confiscated by teams of special agents and officers from U.S. Immigration and Customs Enforcement’s Homeland Security Investigations, Customs and Border Protection, U.S. Postal Inspection Service and state and local police departments around the country, all in partnership with the NFL and other major sports leagues. Much of the bogus goods were related to the two Super Bowl participants — the Denver Broncos and Seattle Seahawks — but also involved other NFL teams and other sports.

With three days left before Super Bowl XLVIII, these teams have already seized more than 202,000 items of phony sports memorabilia, along with other counterfeit items worth more than $21.6 million. Law enforcement officers have made 50 arrests in relation to Operation Team Player so far, three at the federal level and 47 at the state and local level. Super Bowl XLVIII efforts will continue through Feb. 7.

“Our agents are committed to combating the criminal enterprises selling counterfeit products which undermine our economy and take jobs away from Americans,” said Sandweg. “No good comes from counterfeiting American products regardless of whether they are jerseys, air bags or pharmaceuticals.”

Special agents from HSI and officers with CBP worked with sports leagues and law enforcement agencies throughout the nation to identify illegal shipments imported into the U.S., as well as stores and vendors selling counterfeit trademarked items.

“The NFL is proud to once again partner with the National Intellectual Property Rights Coordination Center in combating the illegal sale of counterfeit merchandise and tickets,” said Danias. “Together, we are working hard to prevent fans from being scammed by criminals seeking to profit from the public’s passion for the NFL, their home teams and the Super Bowl.”

For the first time, Mexico’s Servicio de Administración Tributaria is also conducting operations related to sports merchandise seizures during Super Bowl week. Working with the IPR Center, SAT is conducting Operation Fumble in some of the largest cities of Mexico. SAT officials from different regional offices are targeting warehouses, stores and flea markets in order to identify counterfeit sports merchandise.

Understanding the economic impact of intellectual property theft, the U.S. Chamber of Commerce is also spreading the word about the dangers that counterfeit products pose to the economy.

“Unsuspecting consumers are often blindsided when they get inferior, counterfeit products, and Americans see real loss of jobs,” said David Hirschmann, president and chief executive officer of the Chamber’s Global Intellectual Property Center. “Counterfeit goods cost the global economy an estimated $250 billion each year. More than 1.2 million jobs in New Jersey, 900,000 jobs in Colorado and 1.2 million in the state of Washington depend on IP-intensive industries, meaning counterfeits have a direct impact on the economy in the home states of both teams and the host of the Super Bowl.”

The Web site seizures during Operation Team Player are the next iteration of Operation In Our Sites, a long-term law enforcement initiative led by the IPR Center that targets counterfeiting and piracy on the Internet. The 163 sites seized by law enforcement are now in the custody of the federal government. Visitors to these sites will find a seizure banner that notifies them that the domain name has been seized by federal authorities and educates them that willful copyright infringement is a federal crime. Since the launch of Operation In Our Sites in June 2010, the IPR Center has seized a total of 2,713 domain names. In addition, the NFL also executed civil seizure orders in 2013 for more than 5,250 Web sites.

Operation Team Player was spearheaded by the IPR Center in coordination with the Department of Justice’s Computer Crime and Intellectual Property Section and three U.S. Attorneys’ Offices, including the District of South Carolina, the District of Colorado and the Eastern District of Louisiana.

The IPR Center is one of the U.S. government’s key weapons in the fight against criminal counterfeiting and piracy. Working in close coordination with the Department of Justice Task Force on Intellectual Property, the IPR Center uses the expertise of its 21 member agencies to share information, develop initiatives, coordinate enforcement actions and conduct investigations related to intellectual property theft.

Counterfeiting has been plaguing the fashion industry for years, with luxury goods such as high-end watches, handbags and sunglasses particularly targeted. Authorities said China, by far the largest originator of counterfeit goods, was also the prominent exporter of this Super Bowl merchandise.

A report commissioned by the International Chamber of Commerce’s Business Action to Stop Counterfeiting and Piracy initiative estimated the amount of counterfeiting in 2015 would be measured in the trillions. The BASCAP report projected the combination of counterfeit imports, domestically made goods and merchandise sold on the Internet would reach between $1.22 trillion and $1.77 trillion by 2015, representing a 240 percent increase compared with 2008.

In fiscal 2012, ICE and HSI initiated 1,251 intellectual property investigations and had 691 arrests, 423 indictments and 334 convictions, according to the 2013 Joint Strategic Plan on Intellectual Property Enforcement from the U.S. Intellectual Property Enforcement Coordinator. In fiscal 2012, CBP and ICE-HSI effectuated 22,848 intellectual property seizures, a 14.5 percent increase in seizures from 2010, the report said. The manufacturer’s suggested retail price value of the infringing goods seized increased 11.9 percent to $1.26 billion in fiscal 2012.