The case tests the boundaries of free speech.

The U.S. Supreme Court will hear oral arguments in the cases when it reconvenes in October.

The great debate over offensive trademarks begins today in the nation’s highest court.

The U.S. Supreme Court will hear oral arguments in the case of Iancu v. Brunetti, weighing in on offensive trademarks and questioning the extent of free speech.

The case has received national attention after the U.S. Supreme Court agreed to hear the case this past January.

But Erik Brunetti, founder of the Los Angeles-based clothing company “FUCT” said he’s actually been applying for trademark protection since the brand’s inception in 1990. His application has been turned down repeatedly by the United States Patent and Trademark Office on the basis of its vulgar-sounding name.

“It comes down to Free Speech I suppose, but that’s not how the case started,” Brunetti told WWD. “The case started over a trademark. I feel like the trademark office is being inconsistent.” 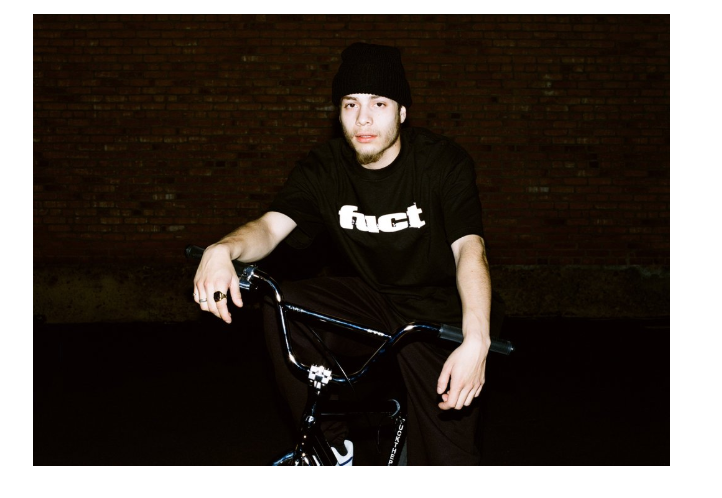 That is, according to the Lanham Act, the national system of trademark registrations, which was established by Congress in 1946 as a means of protecting owners of federally registered trademarks, the trademark office has the right to deny applications for trademarks that include “immoral” or “scandalous matter.”

The problem with this method, of course, is that it’s subjective, depending on the person reviewing the application at the trademark office, said Jason Rosenberg, an intellectual property lawyer.

“When you apply for a trademark, it goes to a trademark examiner. That person decides this is immoral, or this is scandalous,” Rosenberg explained. “But you see how that could lead to a tremendous amount of inconsistency based on who received that file.”

In fact, history is full of inconsistencies. Take for example the case of The Slants, the Asian boy band that tried to trademark its name. The U.S. trademark office denied the application based on its disparaging marks, claiming the phrase was racist. Prior to the case, the Lanham Act also prohibited derogatory marks.

But the Supreme Court found that part of the Lanham Act unconstitutional in 2017, saying that by prohibiting the band the right to trademark its name it violated the First Amendment’s Free Speech Clause.

Then there was French Connection U.K.

The British fashion brand succesfully registered its “FCUK” brand, which is sold through the company’s web site, as well as Bloomingdale’s, Macy’s, Nordstrom and select Urban Outfitters locations in the U.S.

“It’s difficult for people to try to figure out what’s so different about immoral or scandalous marks — so that the court could hold differently than it already has — than with disparaging marks,” Rosenberg said.

It wasn’t until 2011 that the U.S. Court of Appeals for the Federal Circuit reversed the decision, a move which Brunetti said surprised him.

“Dealing with the trademark office, it was almost like dealing with the DMV, in terms of timing,” he said. “We’ve been applying for this trademark for years, before streetwear even existed.”

In fact, Brunetti, a skateboarder who was producing graphics for skateboarding companies in the late 1980s, started the brand with just the logo. He would place ads in skateboarding magazines — all black pages with just the “FUCT” logo — to spice up interest before a single piece of clothing was even made.

The logo, which stands for “Friends You Can’t Trust,” was purposely meant to have a “corporate-look.”

“Because when you see something that has a very corporate look, people automatically think it’s official, it has authority,” Brunetti explained.

But he had no idea the brand, which now sells out almost every collection, would get so much attention. Last month, FUCT released a ski mask, which Brunetti said sold out in two minutes.

Now, the justices will have to decide if the Lanham Act is constitutional and if the trademark office should be allowed to continue denying trademark protection to brands it finds offensive.

If the Supreme Court does overturn the U.S. Court of Appeals’ decision, ruling in favor of the trademark office, the irregularities may continue.

“We’re going to go back to that same world we’ve been living in where you’re going to see inconsistent application of the [immoral or scandalous] rule,” Rosenberg said. “If the same trademark was applied for over and over and over again and it went to different examiners, I’m not sure that all of those people would all be able to determine that a particular word is scandalous or immoral. It’s just a matter of human nature.”

But Brunetti, who is in Washington, D.C. this week for the case, said he isn’t too worried that the decision will be reversed.

According to U.S., trademark laws, trademark is established automatically through use in commerce, or the moment something created is put out into the public. Brunetti is fighting for is the right to register his trademark, which comes with added benefits. One of them is that it’s easier to enforce copycats, of which Brunetti said there are many.