A British TV host changed his name to Hugo Boss to highlight trademark disputes. He made headlines worldwide, but the German brand says it doesn’t mind.

Hugo Boss, the German fashion brand, has responded to a British comedian legally changing his name to Hugo Boss. Their message: No hard feelings.

“We welcome the comedian formerly known as Joe Lycett as a member of the Hugo Boss family,” a spokesperson from the brand, based in Metzingen in southern Germany, told WWD.

Lycett revealed his name change, by deed poll, on March 1, on his Twitter page. He wrote that he’d done this because the company has sent “cease-and-desist letters to a number of small businesses and charities who use the word ‘boss’ or similar, including a small brewery in Swansea costing them thousands in legal fees and re-branding.”

Lycett’s name-change made headlines as far afield as Australia on Monday and he was interviewed on the BBC.

Lycett is the host of a consumer rights television show, “Joe Lycett’s Got Your Back,” on Britain’s Channel 4. On his Twitter feed, the comedian also said he would soon be “launching a brand-new product as Hugo Boss” and that fans should tune into his television show to find out what that was. Trademark attorneys suggest that if the new product involves apparel, Lycett could have a fight on his hands.

Anyway, it’s expected that Lycett will change his name back again once the series has aired. 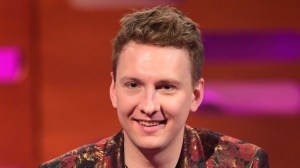 Hugo Boss explained its side of the story in a statement: “Following the application by Boss Brewing [the Swansea brewery that Lycett mentioned] to register a trademark similar to our well-known trademark, we approached them to prevent potential misunderstanding regarding the brands, Boss and Boss Black, which were being used to market beer and items of clothing,” the German firm wrote. “Both parties worked constructively to find a solution…where a slight change of the name was agreed upon. As an open-minded company, we would like to clarify that we do not oppose the free use of language in any way.” Obviously that includes the word “boss,” the company said.

After a four-month dispute last summer, Boss Brewing ended up with the names Boss Brewing Black and Boss Bossy, for its beverages and agreed not to sell apparel. The managers of the Welsh brewing company told local media the legal dispute had cost them around 30,000 British pounds.

This is not the first time that Hugo Boss has threatened legal action over the use of the brand name, and it is hardly the only fashion brand ever to have brought such a suit. In 2016, Louis Vuitton won its case against a South Korean fried chicken restaurant that was using its name and logo, and last year Adidas was unsuccessful in trying to keep its well-known three stripes for its exclusive use.