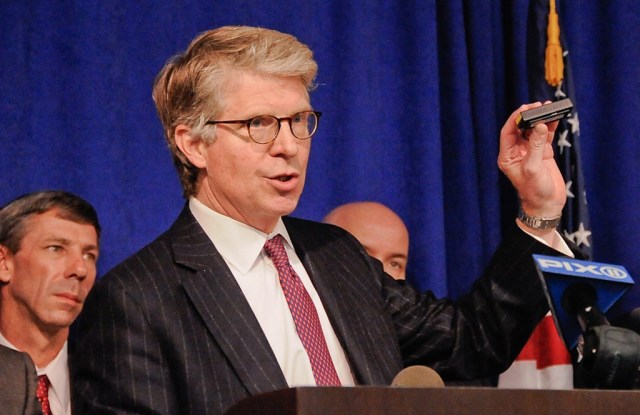 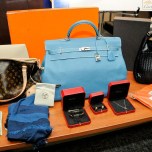 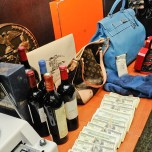 Authorities have broken up an identity-theft ring that allegedly recruited waiters in upscale restaurants to steal diners’ credit card information, which was later used to buy luxury goods from stores such as Chanel, Cartier and Neiman Marcus.

Following an 18-month investigation by Manhattan District Attorney Cyrus Vance’s office, as well as the New York Police Department and the U.S. Secret Service, 28 people have been indicted for racketeering and other charges. The accused were said to have either kept their designer purchases for personal use or sold them for profit. The arrests were the culmination of video and physical surveillance, eavesdropping, computer forensics and extensive analysis of credit card, banking and phone records. In addition to Chanel, Cartier and Neiman Marcus, they bought goods from Hermès, Bloomingdale’s, Bergdorf Goodman, Burberry, Jimmy Choo, Lord & Taylor, London Jewelers, Waldmann’s and Starbucks. Shopping trips took place in New York, Boston, Chicago and Florida.

The top offenders, roughly half of the accused, have been charged with enterprise corruption, which could result in a maximum of 25 years of jail time.

More than $1 million worth of designer handbags, watches, wallets and other items were seized by authorities Nov. 17, as well as expensive wine and more than $1.2 million in cash. Before the goods were resold — typically at 50 percent of the retail price — they were kept in a storage unit at Manhattan Mini Storage’s East 62nd Street location. The ring’s complicit customers were so named for requesting specific items knowing those goods would be purchased with forged credit cards. They sometimes would act as fences, later selling the stolen property on the Internet, according to investigators.

The identity-fraud operation was said to have been lead by Luis Damian Jacas, who oversaw four groups of underlings — “skimmers, shoppers and managers, and complicit customers.” The defendants stole account numbers and credit card data from 50 American Express cardholders, made fake credit cards and bought a bevy of items from Cartier, Chanel and Neiman Marcus, according to Vance’s office. The restaurant staffers were given small electronic devices called “skimmers” to record diners’ credit card information from the magnetic strip on their cards. More often than not, they also had fake driver’s licenses that were made also in the names of the authentic cardholders. Skimmers waited tables at Smith & Wollensky, The Capital Grille, Wolfgang’s Steakhouse and other Manhattan eateries as well as Morton’s in Stamford, Conn. and The Bicycle Club in Engelwood Cliffs, N.J.

During the shopping spree, which ran from April 2010 until earlier this month, managers in the alleged ring would accompany shoppers to the luxury stores, allegedly directing them to purchase specific merchandise and later inspecting their purchases to be certain they were the correct items. Their luxury purchases were kept for personal use or resold for profit, authorities contend.

The accused are charged in two indictments on 172 counts including enterprise corruption, conspiracy and grand larceny among other felony charges.

Vance said in a statement released Friday, “Every day, hardworking New Yorkers find themselves the victims of identity theft — their financial information stolen from ATMs, from Internet transactions, from financial institutions and from retailers. It can often take years to have their credit restored. My office’s Cybercrime and Identity Theft Bureau will continue to work with our partners in law enforcement to dismantle criminal rings that attempt to use technology to circumvent the law.”

An estimated 10 million Americans are victims of identity theft each year and often don’t even know it, according to Jonathan Mintz, commissioner of New York City’s department of consumer affairs. DCA inspectors conduct hundreds of investigations annually to ensure that retailers comply with local laws that require that only the last five numbers of consumers’ credit cards are printed on receipts, he said.