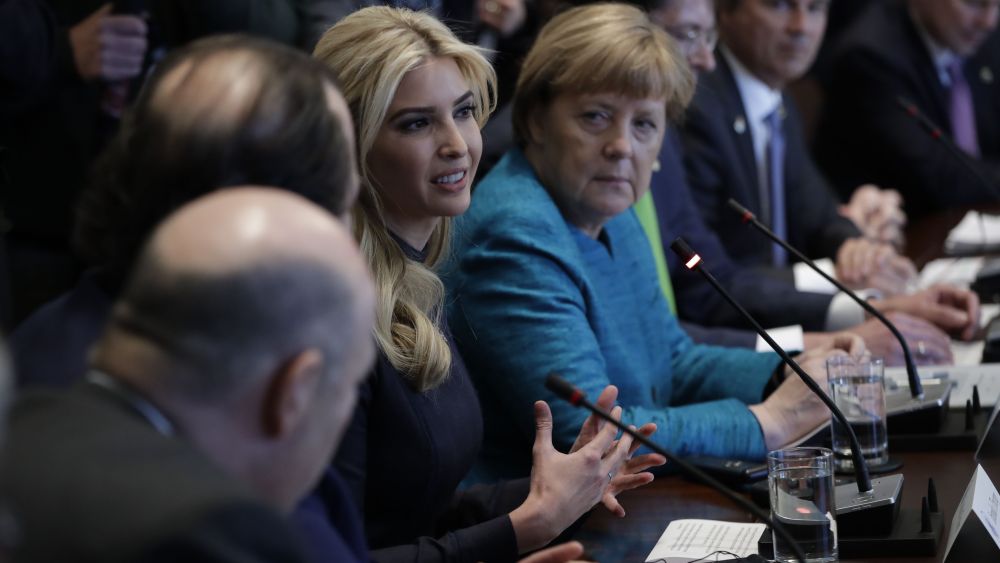 Being so closely associated with the President of the United States might be serving Ivanka Trump’s brand for the better, but a California retailer thinks such an advantage crosses into the category of illegal competition.

Modern Appealing Clothing, a family-owned boutique selling lines like Dries Van Noten and Comme des Garçons out of two San Francisco locations, told a local court on Thursday that the holding company for Ivanka Trump’s intellectual property and its affiliates are getting an “unfair advantage” through the heightened public profile the First Daughter’s brand is enjoying.

As a retailer of women’s clothing and accessories, the boutique, also known as “MAC,” said it “directly competes” with the Ivanka Trump brand and given that brand’s public affiliation with and support from President Trump, MAC and all other retailers in California have found themselves at a disadvantage.

MAC also pointed out that Ivanka and her husband Jared Kushner work for the administration, and such an unfair advantage in commerce is “specifically prohibited” by the Constitution and California law.

“The effects of that unfair advantage are magnified greatly by marketing activities of defendant Ivanka Trump’s officers and employees and the similar activities of Donald J. Trump, his family, his agents and employees and the White House staff advisors, including but not limited to Counselor to the President Kellyanne Conway and White House Press Secretary and Communications Director Sean Spicer,” MAC said in its complaint.

Ivanka Trump’s brand has been at the heart of defensive tweets from President Trump, a “free commercial” from Conway and a grassroots boycott against retailers selling any of its products since the Trump administration took over in January.

MAC also claims that Spicer has “used his positions” to support the Ivanka Trump brand.

A representative of the Ivanka Trump brand declined to comment.

While retailers like Nordstrom have decided to drop the line, citing lackluster sales, and shoppers have been vocal on social media about their refusal to shop retailers carrying the Ivanka Trump brand, the adage “any publicity is good publicity” may apply in this case.

MAC said sales of Ivanka Trump branded goods have “surged” since Trump’s election, but did not cite any specific source for the claim. However, fashion search engine Lyst said last month that the Ivanka Trump Collection was the 11th most popular brand in February in terms of individual order count, a huge leap from its number 550 spot in January.

To remedy the alleged unfair competition, MAC is seeking unspecified damages and restitution and a permanent injunction barring Ivanka Trump goods from sale in California.

For her part, Ivanka Trump has attempted to separate herself as an individual from her namesake brand by leaving her executive role, appointing a new company president and separating the social media presence of herself and her brand.

For More on the Trump Administration, See:

Trump Doubles Down on Pledge of Tax Cuts, Plans for ‘Fair Trade’