Stella McCartney is one brand pushing back hard on a sub-landlord trying to recoup millions of dollars in rent amid the ongoing coronavirus pandemic.

The brand, majority-owned by Stella McCartney herself with a minority stake now held by LVMH Moët Hennessy Louis Vuitton, filed a countersuit earlier this month in local New York court against Mallett Inc., which has been subleasing a retail space on Madison Avenue to Stella McCartney since 2016. But the brand hasn’t paid rent since March, when New York City went on lockdown due to the-then emerging pandemic, forcing the closure of all non-essential business in the city.

Mallett claims the brand owes it more than $1 million in current past-due rent, and wants payment of more than $9 million for future unpaid rent, based on a sublease contracted through 2027. The sublease terms currently charge just under $127,000 a month for the retail space, with yearly increases over the life of the lease. But Stella McCartney says the brand doesn’t owe a cent.

Given the city and state orders around the pandemic, including the earlier mandated closure of all nonessential business, like fashion retail, which lifted in late June, Stella McCartney is arguing in its own suit that the sublease was effectively terminated.

“As a result of COVID-19, the government shut down orders, and the evisceration of Madison Avenue retail, performing under the sublease no longer gives tenant what induced it to enter into the sublease in the first place,” the brand argued. “The tenant cannot operate a luxury retail store as originally envisioned given the current environment.” 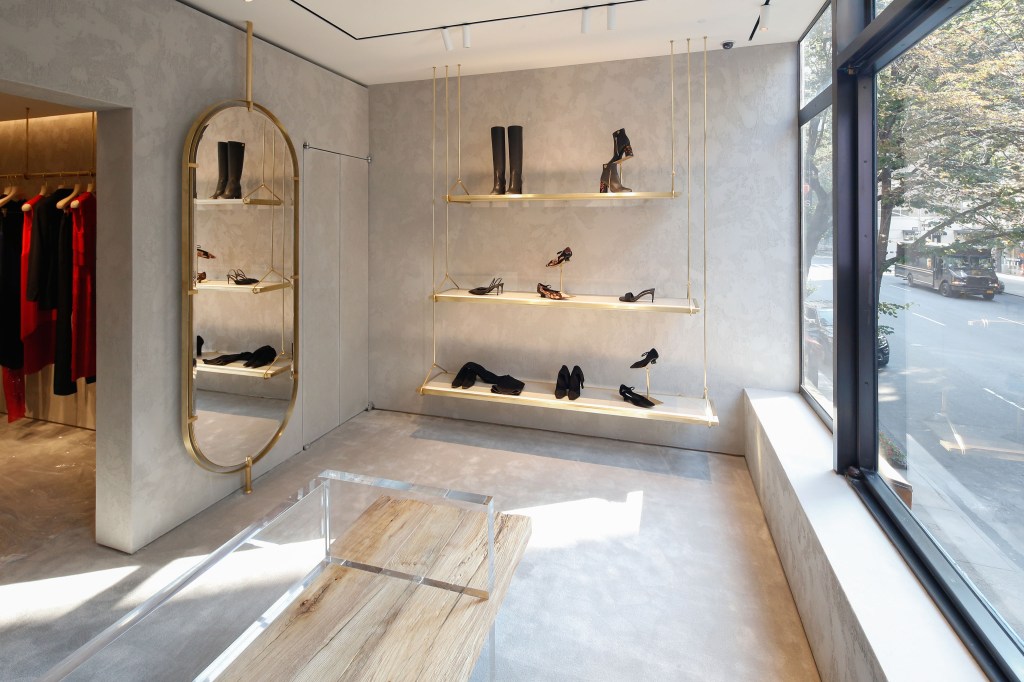 Despite retail in the city being allowed to reopen since late June, under capacity restrictions and mask-wearing mandates, Stella McCartney’s Madison Avenue store has remained closed. The brand noted stores have been able to reopen, but insisted “the formerly burgeoning business of selling apparel and accessories from physical store locations has been devastated.” The brand has been reevaluating its retail business model and restructuring due to the effects of the pandemic, as WWD earlier reported.

Specifically, Stella McCartney noted a “drastic reduction in foot traffic” given the lack of tourism and workers in New York City, along with “social distancing requirements” that keep a store’s capacity at a fraction of what it could be. The brand said both elements have “completely frustrated” the store’s business. It added that the cost of the rent was based on being part of a “world class shopping destination” that is not expected to make a comeback “for the foreseeable future.”

“COVID-19 has so completely altered tenant’s basis for entering into the lease that the deal that tenant struck with the landlord in 2016 is now essentially worthless.”

In addition to asking the court to order the sublease terminated from the time of the shutdown, Stella McCartney is also asking that its $675,000 security deposit be returned, along with an order that Mallett cover all legal fees associated with the lawsuit.

Stella McCartney is far from the only brand fighting with landlords over unpaid rent during the coronavirus pandemic.

Dozens of brands, from those in malls to those in luxury shopping strips, are in some level of litigation over rents. It’s been an issue since the early days of the pandemic, with retailers and brands demanding rent relief amid unforeseeable and unworkable conditions, and landlords refusing, with many citing the fact that they are getting no relief from their own loans and financial commitments.

More than 90 percent of retailers asked for rent relief last year, according to a survey of retail executives by the National Retail Federation and investment firm PJ Solomon, yet only 50 percent said they were able to negotiate some level of relief from landlords. Even for those that did manage to, the most common result was a deferral of rent, meaning rents will still be due in full, just at a later date.