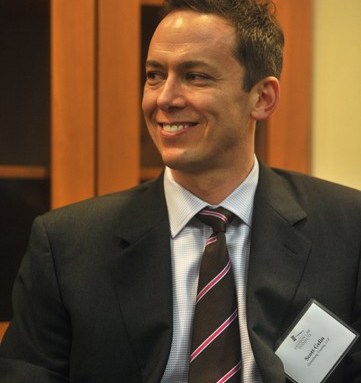 The fashion world is going after bigger fish when it comes to counterfeits — and it’s all because of the Internet.

As the industry’s relationship with the Web morphs into one of both loving and loathing, companies are changing tactics in their fight against counterfeiters, who in turn are becoming increasingly sophisticated. Fashion firms recognize they need a vibrant presence on the Web — from e-commerce to social networking — yet also are finding the Internet is now the primary source for counterfeit goods and sites selling fakes that are proliferating as quickly as daffodils in spring.

As a result, the Internet has become a clandestine conduit for piracy, cybersquatting and counterfeiting, all of which can take legitimate sales away from apparel, beauty and retail companies, according to legal experts speaking at Fordham University’s first annual Fashion Law Institute Symposium earlier this month. And with violators working around the world, rather than simply around the block, fashion companies are seeking remedies wherever they can find them.

Brands have a few traditional tools at their immediate disposal, including sending out cease-and-desist letters and litigating in court. But the Internet brings a cloak of anonymity with it, and often a cloak of great distance, and pinning down the culprits can be tough. Firms selling fakes have been known to be based in one country, such as China, yet ship the goods from another Western nation to make the products look even more legitimate. Tracking the location of Web sites also can be a nightmare.

“Before, counterfeiters needed money, import and export skills, manufacturing contacts and language skills,” said Scott Gelin, shareholder at Greenberg Traurig, where he practices trademark and copyright law. “Now, all you need is an Internet connection.”

About 80 percent of counterfeits are sold online, according to Valerie Salembier, Harper’s Bazaar senior vice president and publisher. “Counterfeiting supports child labor, most of all, terrorism and drug cartels,” she said.

When the product, the Web site and the pricing “look good, it’s deceptive,” said Fred Felman, chief marketing officer at online security firm MarkMonitor. “It’s a huge problem for brands in terms of the scale of the traffic that is siphoned.”

Prosecuting third parties, such as Internet service providers, is a growing trend after delivering successful results to brand owners in the last year, according to Felman, who cited Roger Cleveland Golf Company Inc. versus Christopher Prince, et al., a recent case in which the plaintiff sued and won against search engine optimization and Web-hosting firm Bright Builders Inc. for assisting with the construction and hosting of Web site Copycatclubs.com, an online business that sold counterfeit Cleveland golf clubs. The judgment, which included an award of $770,750 in statutory damages against Bright Builders and $28,250 in statutory damages against Web-site owner Prince, is the first time that an SEO/Web host or other Internet intermediary was found liable for contributory infringement without having first received actual notification of the counterfeit sales from a third party, according to Felman.

“This could be problematic for marketing companies,” he said, explaining that counterfeiters will copy any sought-after items — whether beauty products, sporting goods, pharmaceuticals or designer apparel — and companies are looking to hold someone accountable.

While the fight against counterfeiting stretches across all industries, many of the more groundbreaking cases have come from the luxury world.

In 2007, Louis Vuitton Malletier SA sued Akanoc Solutions Inc. for contributory trademark infringement liability, claiming that it allowed several Web sites it hosted to sell goods that infringed its copyrights and trademarks. Two years later, a federal jury in California ruled in favor of LVMH, awarding it more than $32 million in damages, a sum that, according to Felman, would put the defendants out of business.

Now on appeal, the Akanoc case has made “inroads” in third-party liability, said Brian Brokate, a partner at Gibney Anthony & Flaherty, who cited 2010 decisions in Gucci America Inc. versus Frontline Processing Corp., et al., and The North Face Apparel Corp., et al., versus Fujian Sharing Import & Export Ltd. Co. et al., as other significant cases. The court established in the Gucci case that credit card processors may be held liable for contributory trademark infringement, while in the Fujian litigation, courts gave plaintiffs North Face, a division of VF Corp., and Polo Ralph Lauren Corp. the authority to shut down counterfeiting Web sites and transfer their domains.

Both suits effectively shifted the power to the brands, giving them the ability to hold someone accountable and collect money from a legitimate entity. While the terms of the Gucci judgment were confidential, North Face and Polo were awarded a $78 million judgment, which is believed to be the highest sum of damages ever awarded in an Internet counterfeiting case.

“No more will these cases be just against the infringer,” Brokate said. “Plaintiffs will look deep within, be it at Web hosts, landlords, transportation companies….It’s much easier to get payments from them than from a counterfeiter.”

Brokate, who did not attend the Fordham conference, has helped set the foundation for third-party liability cases tried in courts today. His firm was the first to hold landlords accountable for knowingly allowing tenants to sell counterfeit goods.

One of the firm’s attorneys, Heather McDonald, who is now a partner at Baker Hostetler, spearheaded the effort by putting the landlords “on notice” when she discovered that a counterfeiter was a tenant.

The firm’s first cases testing this form of liability were brought against Michael Marvisi, an owner of a building at 365 Canal Street in New York, which contained a marketplace of vendors, some of whom sold counterfeit goods.

Louis Vuitton Malletier and Rolex USA sued Marvisi in 2004, after McDonald amassed large quantities of fakes she found while on raids.

“This case was my baby. I went on 30 some-odd seizures through that stupid building,” she said. “I had to climb over rat poop.”

McDonald, who still trolls the streets for knock-offs, said that although the majority of counterfeiting has shifted to the Internet, “brands have to go at it from every angle” in order to dissuade counterfeiters.

“If there’s no demand, there will be no supply,” she said, while acknowledging the immense task of eradicating fakes entirely. “I think the solution really is public education. As long as people are going to buy counterfeits, someone is going to sell them.”

Years ago, fakes were a lot easier to spot, said Erica Alterwitz, assistant general counsel at BCBG Max Azria Group, holding up two gray and purple dresses, one a shiny, garish, shabby version of the other.

“Recently, it’s gotten a lot harder to tell,” she said, now displaying two similar-looking strapless black dresses. Not only has the quality of fabric and tagging improved, but counterfeiters have also increased their prices, a strategy used to fool customers into thinking they were getting a good deal on the genuine article.