The designer is claiming breach of fiduciary duty, breach of contract, misappropriation of trade secrets and deceptive trade practices. 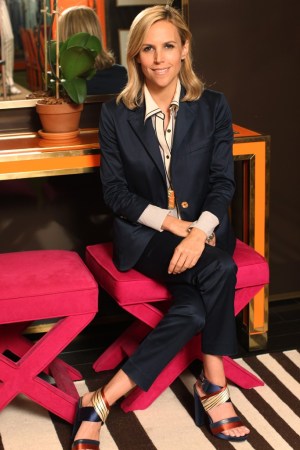 NEW YORK — Battle Burch is turning into a brawl.

Tory Burch pushed back at her ex-husband Christopher Burch, filing an answer and counterclaims to his Oct. 2 lawsuit. In her court papers filed Monday evening, Burch alleges that her former husband purposely gleaned information about her namesake brand in order to create the “knock-off” retail concept C. Wonder.

That claim is a point of contention between the Burches — who each own 28.3 percent of Tory Burch LLC. Chris Burch sued his former wife in Delaware state court, alleging that she kept him from pursuing other business ventures as he tried to sell his stake in Tory Burch, the company the duo created in 2003.

While the back and forth won’t subside anytime soon, the case is on an expedited track. Lawyers for Chris Burch were granted that request when they argued last Thursday before presiding Judge Leo Strine. This will likely bring both sides back to court for a trial in early April.

Tory Burch denied those claims in her response and said in court papers that her ex-husband “only has himself to blame” for the fact that a potential sale of his shares fell through.

The deal, which was dubbed Project Amethyst, “died” because Chris Burch, a director of Tory Burch, created C. Wonder last year, an act that “violated” his contractual and fiduciary duties, Tory Burch claimed in her court papers.

According to Tory Burch’s legal team, the three principal bidders in Project Amethyst made it a condition that Chris Burch enter into a settlement agreement that “protects” the Tory Burch brand. By protect, Tory’s team said the deal would have to “assure” that Chris Burch wouldn’t “take hundreds of millions” he would receive from the deal and use it to compete unfairly against Tory Burch with C. Wonder.

In order to meet Burch’s price demand, the three investors would all have required “substantial modifications” to Burch’s limited liability contract agreement as a condition to investing, Tory Burch’s lawyers said. As a result, the majority shareholders of the company would have the right to block the sale and require an agreement as a condition to protect the brand, according to court papers.

No such agreement was ever made, and Project Amethyst went kaput, Tory’s team offered.

In response to Tory Burch’s allegations, her former husband’s attorney, Andrew Rossman of Quinn Emanuel Urquhart & Sullivan, told WWD, “In our view, the investors were not concerned about C. Wonder. It’s not hurting Tory Burch. What was really going on is that the company was trying to use the sale process as a means of creating leverage against Chris.”

Rossman cited Tory Burch’s personal “animus” against her ex-husband as a possible motive, but wouldn’t divulge any other details. The lawyer repeated the contention that contrary to her belief that C. Wonder copied the Tory Burch store design and merchandise, his client isn’t violating any of her intellectual property.

“These are timeless styles that other people invented,” Rossman said. “I don’t think Tory Burch invented the cardigan, the gold button or the ballet flat.”

He added that through the “hijacking” of the sale, Tory Burch is trying to force C. Wonder to “give up rights” to “constrain” the company.

For Tory Burch, the argument isn’t that Chris Burch can’t start other ventures — it’s just that he can’t compete “unfairly.” The burden of the definition of “unfair” is on her side. Tory Burch said in its counterclaims that in the “two-plus years” leading up to the opening of his first C. Wonder store on Oct. 11, Chris Burch “repeatedly asked for and was given full complete access to competitively sensitive information about the company and its best-selling products.”

Under a consulting agreement that paid him more than $11 million, Tory Burch claimed that the “purpose” of her former husband’s requests was to “enable him to assist the company in identifying factories that could manufacture Tory Burch products.”

This culminated in the “copying” of the Tory Burch “brand image,” according to her attorneys, who provided a litany of examples in which media outlets have confused C. Wonder with Tory Burch. One such instance was when Gayle King on her CBS morning program told Chris Burch that she mistook his brand for Tory’s brand at first glance. In response, he said the “aesthetic is the same.”

“The idea that he was doing anything other than trying to help the business makes no sense and is absolutely untrue,” Rossman fired back. “What a company’s most popular products are is not a trade secret. It’s information that any reasonably astute observer would know.”

For his part, Chris Burch is seeking unspecified compensatory damages, reasonable costs and expenses, and “appropriate injunctive and equitable relief, including but not limited to removal of Ms. Burch and the dominated directors from the board and the appointment of new and additional directors to the board to protect the interests of plaintiffs.”