The Supreme Court’s decision in the Star Athletica v. Varsity Brands case caused a stir within the fashion industry this week, as the highly followed case shed light on the protectability of creative elements incorporated into garment designs.

Meanwhile, Adidas continued to aggressively police allegedly unauthorized uses of its famous three-stripe trademark. The most recent company to receive a lawsuit from the German giant: Juicy Couture.

And on the heels of continuous and widespread allegations of the proliferation of counterfeit goods on its site, Amazon is taking steps to aid rights holders in ensuring infringing goods are not being offered for sale.

Following from October’s oral arguments, the U.S. Supreme Court handed down its decision in Star Athletica v. Varsity Brands, a copyright case centering on the protectability of the surface designs of cheerleading uniforms. Largely a technical case in nature, the issue before the court was the appropriate test for determining the “separability” of creative elements applied to useful articles, such as apparel. The fashion industry was particularly taken with the case, with the Council of Fashion Designers of America, which has for years lobbied for extended copyright protection for garments and accessories, leading the charge.

In a rather limited decision, in which the court declined to determine the protectability of the actual uniforms at hand, the justices clarified the test for courts to use to determine if “a feature incorporated into the design of a useful article is eligible for copyright protection.” The two-part test states that a design feature will be subject to protection if it can “be perceived as a two- or three-dimensional work of art separate from the useful article” and if it would qualify as a protectable pictorial, graphic or sculptural work — either on its own or fixed in some other tangible medium of expression — if it were imagined separately from the useful article into which it is incorporated.”

As for just how much the ruling, which bodes well for the copyright law protectability of applied art on clothing, changes the game, for fashion in the U.S. — particularly in New York, where courts have long-looked to the doctrine of conceptual separability for surface-level designs and applied art — it seems like the case is more a continuation of existing law than a wildly sweeping new development.

The case is highly noteworthy nonetheless as it marks the first time the Supreme Court has taken on a copyright case involving garments and aims to rectify confusion amongst courts as to the appropriate method for determining separability. As for whether it will actually serve as an across-the-board rule, that is yet to be seen.

One additional element of interest in the court’s decision comes by way of a dissenting opinion from Justice Stephen Breyer, whom Justice Anthony Kennedy joined in stating that he did not agree that the Varsity uniform designs are eligible for copyright protection, as “the designs cannot ‘be perceived as…two- or three-dimensional works of art separate from the useful article.’”

In case you thought Forever 21’s scathing lawsuit against Adidas accusing the German sportswear giant of over-aggressively enforcing its three-stripe trademark would deter further lawsuits, think again. Just this past week, Adidas filed a trademark infringement suit against Juicy Couture, accusing the Los Angeles-based women’s wear brand of “intentionally adopting and using counterfeit and/or confusingly similar imitations of the three-stripe [trademark].” The Juicy garments with which Adidas is taking issue: its Tricot collection pants and jackets, which bear stripes down the sleeves and pant legs.

From the lawsuits and trademark oppositions that have been filed thus far, it seems that no brand using between two and four stripes on anything from shoes to cars is safe from Adidas’ litigious gaze. That is, until the court sounds off on the Forever 21 case — the fast-fashion retailer is seeking a declaration that it is not infringing Adidas’ three-stripe trademark — which could serve to potentially knock Adidas down a notch. But even thereafter, tread carefully, stripes-users. 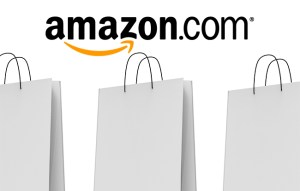 Following an influx of counterfeit goods on its platform in recent years, Amazon.com has said it will expand its existing programs by implementing an intellectual property registry for rights holders. According to Peter Faricy, the vice president of Amazon Marketplace, beginning as early as April, any brand will be able to register its trademark and other intellectual property with Amazon to enable the company to remove listings and take action against sellers when counterfeits are identified.

Ebay also recently stepped up its game in order to better compete in the e-commerce market. The American multinational e-commerce company said in January that it would begin authenticating luxury handbags, footwear and other commonly counterfeited luxury goods this year as a means of distinguishing itself from similarly situated online marketplaces.

Both companies’ new services will almost certainly give them a leg up when it comes to their most direct competitors, such as Alibaba, which has been hit repeatedly, particularly over the past year or so, with claims tied to the existence of widespread counterfeits on its platforms.