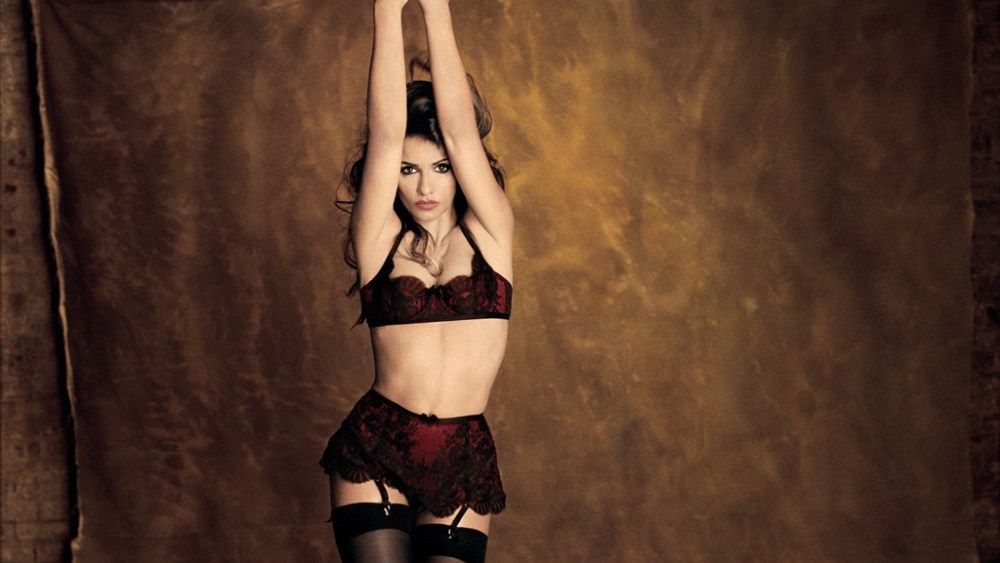 The campaign, titled “Wilhelmina: Show Your True Self,” is set in Victorian London, where Cruz portrays an enigmatic woman whose true Agent Provocateur spirit is revealed by a magical camera. Cruz, a professional dancer and sister of actress Penélope Cruz, unveils her inner sexiness as she mesmerizes and bewitches the photographer.

“Well, that’s never happened before,” gasps the photographer in the campaign video.

His punch line reiterates Agent Provocateur’s commitment to a very British sense of humor that drives the brand’s philosophy.

The film was shot in Clerkenwell’s House of Detention, an old, decommissioned prison rumored to be haunted by aggrieved residents. The choice of location gives an authentic Dickens-like edginess to the campaign, which was photographed and filmed by Tim Pope.

“I wanted it to be romantic Goth, so it’s quite dark but quite beautiful.…It’s nostalgic but true to the brand in dark shades of red and purple. It’s set in a Gothic underground space, brought alive by Mónica’s frenzied and fantastical performance. Mónica is a beautiful embodiment of the Agent Provocateur brand, knowingly sexy and empowered by her own sensuality,” said Shotton.

Key styles in the campaign include bondage-inspired Whitney in black; Novah in shades of red, pink and fuchsia — which Shotton called the “colors of lust” — and Ameliah, a French lace number.

“For Whitney, we wanted it to be edgy and domineering. We are finding those looks are getting to be more popular.…People are getting braver,” said Shotton. “We wanted Novah in colors that are rich and sexy and slightly Gothic. When I showed Novah to all of the girls at stores worldwide, it was like ‘Ah.’ The lace for Ameliah was so pretty that I wanted to use a full length of it as a skirt with suspenders. If you’re shy about your hips, it kind of skims off the top.”

As for why Cruz was selected as the face and body for the campaign, Shotton said: “She’s a professional dancer, a very sexy women. I’ve never seen a woman move like that.”

Regarding the campaign’s writer and director, Shotton noted, “I’ve been a huge fan of Tim Pope’s work since my teens. His music videos made a huge impact on me and helped shape who I am now.”

Pope described Agent Provocateur as a “dream brand” to work with.

“Creatively, the experience reminds me of my old days of making videos for people like Iggy Pop, David Bowie and The Cure, as it’s all about pushing the envelope and getting noticed in a feisty and look-at-me way,” he said.