Mulberry is the first brand to work with the computer-generated figure to promote its new Iris bag across China.

Noonoouri, with 307,000 followers on Instagram, has also inked a deal with Vogue China, allowing the Condé Nast title to represent the virtual influencer in all matters related to greater China exclusively. The digitally generated influencer will be “traveling” to a new city each week, wearing designer clothes and luxury handbags.

British brand Mulberry was the first brand to collaborate with Tmall Luxury Pavilion and Noonoouri. With the brand, Noonoouri has “appeared” in Tokyo, where the brand has been rolling out workshops and live music performances as part of its My Local campaign, as well as a pop-up store hosting the launch of Mulberry’s new Iris bag.

Online users can also play a game with Noonoouri — doing activities like mixing and matching her outfits, reading her letters from the road, while earning points. Players can then use those points to win shopping vouchers, limited-edition bags or the top prize, a new Iris bag. 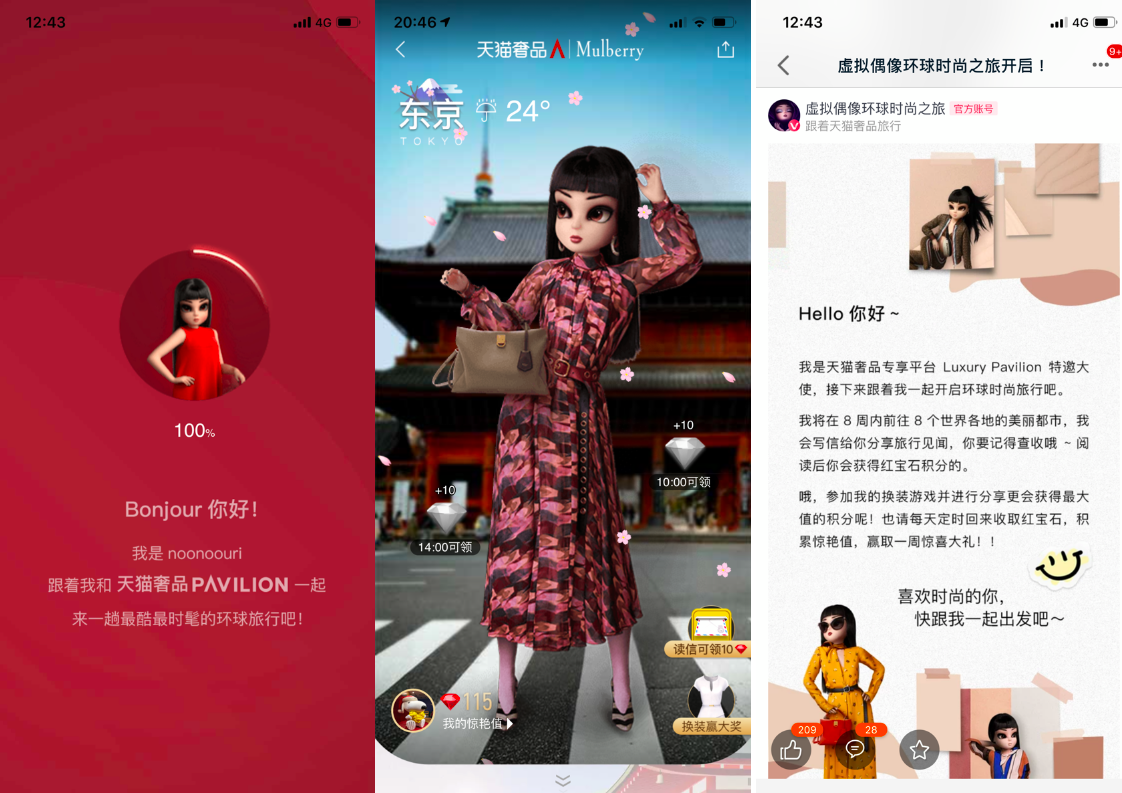 Lili Chen, Tmall’s Luxury Pavilion general manager said, “We believe the launch of this new interactive game, which invites young luxury shoppers to play, share and express their personal styles, will help build stronger bonds between the consumers and the brands on our platform.”

Noonoouri was created by the Munich-based graphic designer Joerg Zuber in late 2017, and she has worked with a wide range of brands on creative projects, such as taking over Dior’s Instagram for the 2019 cruise show, appearing on Philosophy di Lorenzo Serafini’s pre-fall 2019 look book and gracing the covers of Vogue Me China and Glamour Brasil. 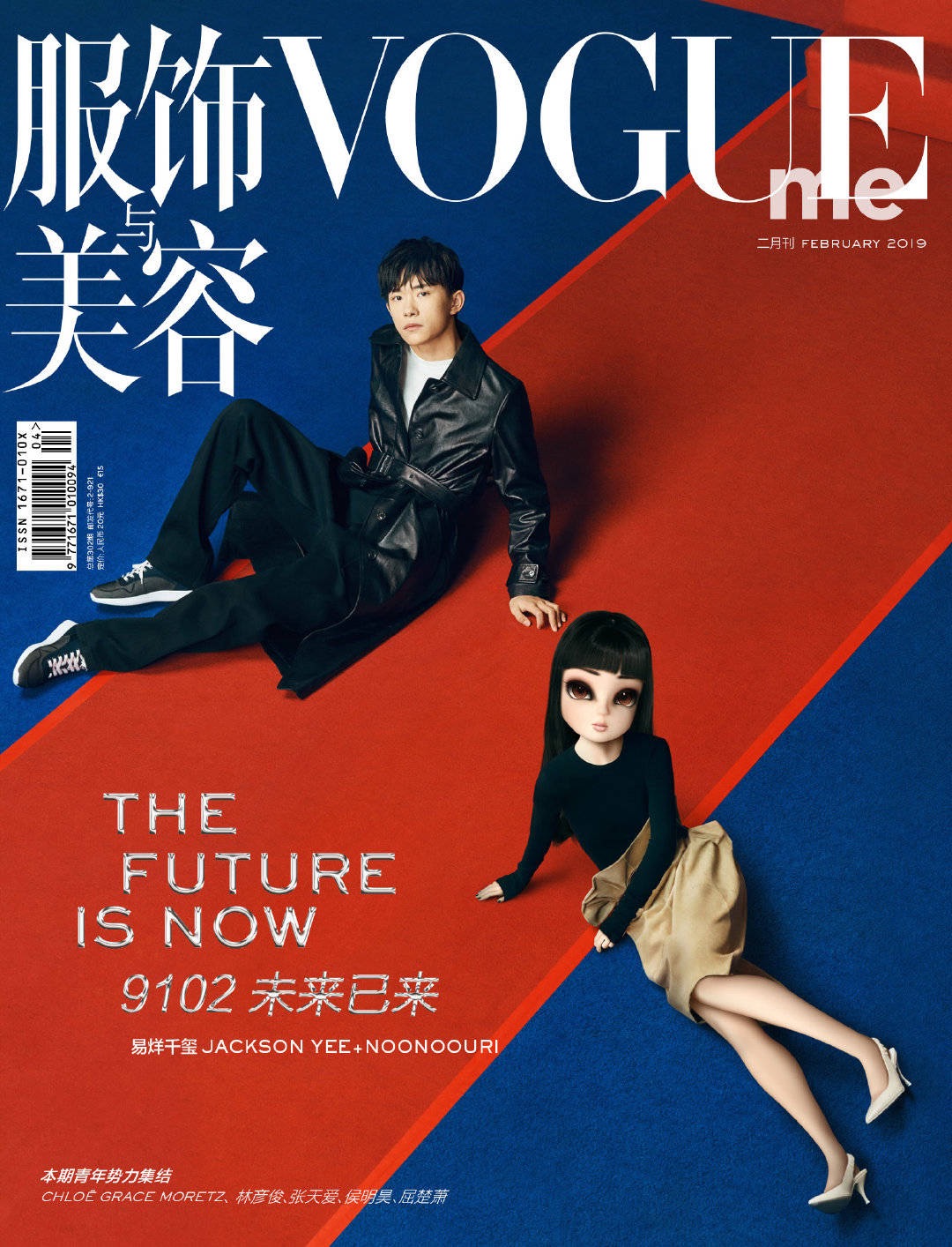 Jackson Yee and Noonoouri on the cover of Vogue Me China February 2019 issue.  Courtesy Phot0

Launched in 2017, Luxury Pavilion was Alibaba’s answer to JD.com’s Toplife, which has now merged with Farfetch China.

Richemont and Alibaba formed a strategic partnership last October to bring the retail offerings of Yoox Net-a-porter Group to Chinese consumers, saying at the time that the joint venture will launch two mobile apps for Net and Mr Porter. In addition, Net and Mr Porter will open online stores on Tmall’s Luxury Pavilion.

Although those moves have not yet come to fruition, Luxury Pavilion has been able to score big brands on its own in the past 12 months. It now offers more than 130 luxury brands, including Chanel, Bottega Veneta, Valentino, Alexander McQueen, Burberry, Stella McCartney, Moschino, Gentle Monster, Tory Burch, Michael Kors, Rimowa, Guerlain, Givenchy, Tag Heuer and Zenith.

Tmall said it wants to double that number by the end of the fiscal year next March.