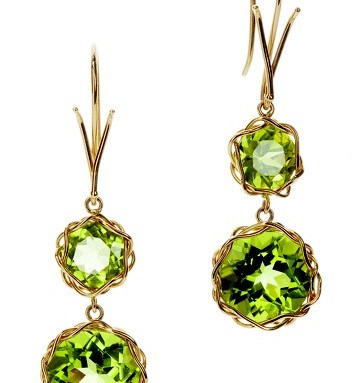 Apparel is flexing relative muscle as shoppers rush to cut expenses — but quality and price count big time, according to a new survey.

With consumers shelling out less money in categories ranging from home decor, electronics and travel to accessories, entertainment, cosmetics and dining out, apparel is one of the areas where they have reduced spending the least.

A nationwide online survey of 498 adults — 262 women and 236 men — on Jan. 13 and Jan. 14 revealed 46 percent of women and 36 percent of men spent less on clothing than they did six months ago. But the Global Strategy Group study, which has a margin of error of plus or minus 4.4 percent, showed that shoppers had reduced spending even more during the same half-year period in eight other categories.

Apparel is an area where consumers have trimmed expenses least because “cost cuts on bigger ticket items brings larger impact to their wallets,” said Jef Pollock, president of Global Strategy. “Purchasing clothing is an emotional activity, particularly for women, and may help boost mood and self-esteem in tough times, at relatively low expense.”

Price is number one “because the bottom line always matters to people in tough economic times,” Pollock said.

But he pointed out the percentage of shoppers concerned with brand is increasing, indicating they look to brands they know and trust when they have a limited amount of money to spend.

“Consumers are choosing to spend their money on items they believe give them the biggest bang for their buck, either with brand name, high-quality and long-lasting, one-of-a-kind and stylish items,” Pollack said.

The survey found 79 percent of women, versus 82 percent in 2007, and 77 percent of men, compared with 73 percent in an August 2008 study, said they purchase almost all of their apparel on sale or at a discount.

However, even as unemployment mounts, 78 percent of women and 77 percent of men said they pay full price “if they really want something.” The percentages increase for higher-income shoppers — defined as those with household income of $100,000 or more — to 85 percent among women and 83 percent for men.

Although both men and women are spending less overall, shoes are the leading item for a splurge. The study found that 28 percent of women, eight percentage points more than in 2007, and 29 percent of men, seven points higher than in 2008, ranked shoes as their top splurge choice. Among higher-income women, 27 percent were most likely to splurge on handbags, and 14 percent on shoes.

“Even in this economy, for many consumers buying a good pair of shoes is like an investment,” Pollock said, noting footwear was the top item in surveys before the financial crisis. “Good shoes will last a long while as opposed to an accessory, which can be a fad or out of style so quickly.”

Jewelry did not fare as well in the survey. The overall number of women willing to spend more for that special piece decreased to 7 percent from 15 percent in 2007.

The findings come as retailers, ranging from major chains to specialty stores, struggle with reduced demand that has triggered bankruptcies and liquidations. Mervyns and Goody’s Family Clothing Inc. are among those that have already succumbed, with many other stores endangered by the downturn.

The study concluded consumers are changing not just how, but where they shop. Seventy-one percent are shopping more often each month at discount retailers such as Wal-Mart and Target, a 23-point rise compared with 2007. A total of 48 percent of men said they were shopping more at those stores, a 22-point increase.

However, finding a deal is gaining importance. Sixty-one percent of women said identifying an item on sale was “the best thing about shopping,” compared with 55 percent in 2007. Purchasing “something that makes them feel good” is the best aspect of shopping for 40 percent of women, versus 31 percent of men.