BCBG’s Woman on the Go 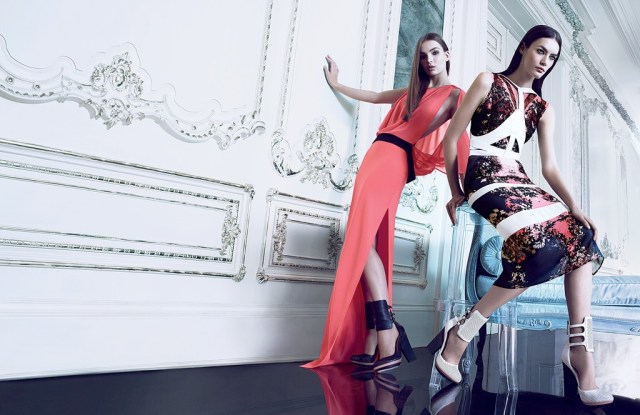 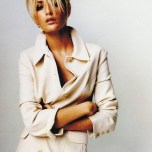 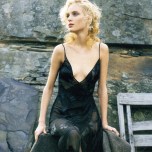 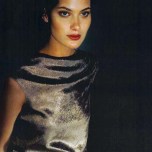 “We’ve always tried to capture the lifestyle of BCBG and who this woman is,” said Lubov Azria, chief creative officer of the BCBG Max Azria Group, describing its advertising approach.

Depending on the mood of the season, the company’s images — portrayed in its advertising, online magazine, catalogue and in-store images — will always reflect that. “It’s always about the woman,” she said.

The first BCBG ads appeared in 1998. Throughout its history, BCBG has used top photographers such as Patrick Demarchelier, Paolo Roversi, Peter Lindbergh, Camilla Akrans and Greg Kadel to convey the BCBG lifestyle. Locations for advertising shoots have ranged from The Parker in Palm Springs, Calif., and the Chateau Marmont in West Hollywood to the beaches in Tulum, Mexico, and the Chelsea Hotel in New York.

“We portray a woman who’s confident and knows what she wants. She’s always running, moving or doing something,” said Azria, like browsing in an art gallery or taking a vacation. “There’s something about the energy I love in the pictures.”

Azria said the ads often highlight two women on the go. “It has to feel inspirational. You can’t force it,” she said, noting she favors models “who are very cool and look effortless.”

Azria said when women think about BCBG “they think about a dress.” They also think of BCBG as a resource for special occasions.

The company uses a combination of print ads, outdoor venues, catalogues, an online magazine and in-store images to convey its brand message for the season. The ads are often bright, colorful and lively.

The company doesn’t do much advertising for its Hervé Léger brand. “It advertises itself,” said Azria, noting that celebrities are often photographed wearing dresses from that division. “The dress sells itself. The brand is extremely well known and has a huge following.”

BCBG prefers to take a regional approach to its marketing. Azria often travels around the country to its stores in Washington, D.C., Houston, New York and Miami, for example, and has dinner with elite customers. Last year, Azria made 10 trips, visiting four to five cities at a time.

“I take people out to dinner, we have a shopping event in the store and a presentation with models. In this economy, you have to differentiate yourselves from others,” she said.

Generally she meets with groups of 20 people at the most.

Events have included a BCBG Max Azria spring fashion show and lunch in Houston at the home of interior designer Lucina Loya, a dinner and fashion show at the Chihuly Boathouse in Seattle and a fashion presentation with Michigan Avenue magazine at Floating World Gallery in Chicago. Last December, BCBG joined forces with American Express during Art Basel Miami to sponsor a resort fashion show at Soho Beach House.

“Each stylist in our store has a list of elite clients. The stylists invite people who really love the brand and connect to it,” said Azria. In Los Angeles, she’s invited top clients to her home to talk about fashion — and BCBG, of course.

designed as a network of women, a personalized loyalty program with top clients. They are offered invitations to runway shows and access to award shows, such as the Billboard Music Awards and the American Music Awards — events that would typically give a customer a reason to buy a new dress.

Asked whether the  brand attracts the teen and young twentysomething customer, Azria replied that overall, while BCBG’s customers range from about 25 to 49, “My customer is the same age as me, 46.”
She said generally, the young person “can’t afford BCBG. She can afford Topshop. But if a young woman comes in with her mother, she’s investing in her daughter’s future,” said Azria.

But that’s where BCBGeneration comes in, a young contemporary lifestyle brand that was launched in 2008, aimed at the younger customer.

Another way BCBG connects with its customer is through an online magazine, which is published every month on BCBG’s Web site. The February issue was called “Tres Chic, The Spring A-Z Edit.” It talks about the key trends of the spring season “and it’s our way of showcasing the product,” she said.

It also features a contributors’ section, featuring women who inspire BCBG, such as Jessica Jackley, cofounder of the nonprofit Kiva, and Tawni Nazario-Cranz, chief talent officer of Netflix. The company also publishes seasonal catalogues three times a year, which it sends to customers’ homes.

The company’s key focus right now is celebrating its 25th anniversary. Over the years, it has advertised in magazines such as Elle and InStyle, creating custom units that showcase the runway line. Its program has included eight-page inserts book-ended with spreads. BCBG works closely with many of its licensing partners, which advertise heavily. These include Elizabeth Arden, which produces BCBG Max Azria’s fragrance, and the Camuto Group, which makes BCBG shoes.

BCBG’s core customer has a household income of more than $100,000, and its customers are working mothers as well as stay-at-home moms with an active lifestyle. Millennials — often familiar with the brand through the Generation division — are also drawn to BCBG’s special occasion dressing.

This month, BCBG published a magazine dedicated to the anniversary online. The company has also been hosting trend events at the store to launch the season.

In general, the company likes to take a regional and community-focused approach to building its business, targeting its stronger markets, such as California, Texas, New York and Florida.”

BCBG will hit opportunity markets such as Seattle, Washington and Chicago, with the express purpose of gaining a better understanding of consumer lifestyles, weather patterns and local social calendars.