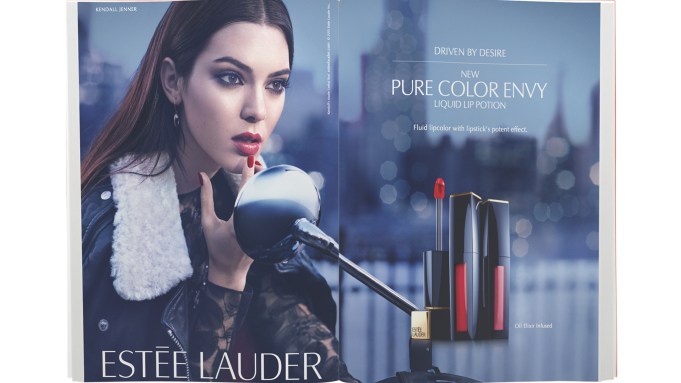 That Estée Lauder signed Kendall Jenner, one of the hottest young celebs of the style world, in a bid to increase its relevance among Millennial consumers is not so eye-popping for an industry built on image. But how the brand has since capitalized on the social media phenom that is the Jenner juggernaut — such are the strategies that business school case studies are made of. The brand has effectively harnessed Jenner’s vast following of 58 million people and counting, executing initiatives online and off designed to broaden its appeal. From Jenner’s specially created matte-red lipstick that has become the top-selling shade on Lauder’s e-commerce site to in-store appearances to promote Modern Muse Rouge, for which Jenner is the face, Lauder has proven that it has the chops to make one of beauty’s key heritage brands also one of its hippest.