Agreement with P&G for distribution of Boots skin care brand kicks off. 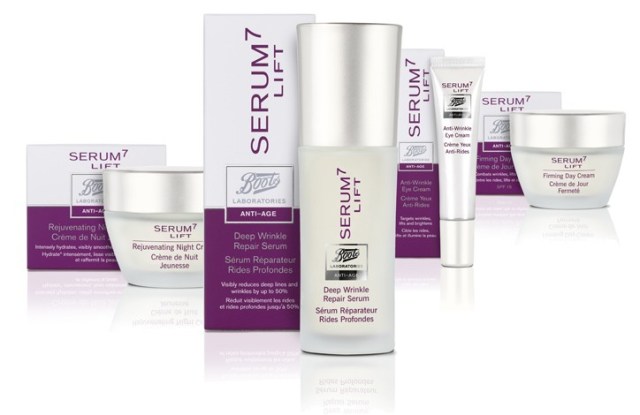 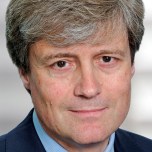 That’s the reasoning of Alliance Boots, which could potentially replicate in other markets a partnership it announced earlier this month with Procter & Gamble Co. to distribute its Boots Laboratories treatment brand through Italy’s pharmacy channel.

“We couldn’t have had the speed to market we’re going to get in Italy without a partnership with P&G,” said Alex Gourlay, chief executive officer of Alliance Boots’ health and beauty division, which includes the Boots pharmacy chain as well as private label lines such as No7 Protect & Perfect, or Boots Laboratories Serum 7, as it is known in some European markets. “The agreement with P&G is to set up a trial market in Italy, where we provide the product and all that goes behind the product. P&G has got a fantastic sales team and ability to implement in that country, which we will work [on] together. That’s a trial. If we get the results we expect, then there’s a possibility of a longer-term global relationship, but that depends very much on the trial.”

In addition, the partnership could potentially go beyond a manufacturer-distributor relationship.

“The plan at the moment is distribution and marketing, creating brand awareness in Italy,” said Gourlay. “As we join forces, [we could] do joint development, but that’s more for the future than for today. That would be [a possibility], providing the Italian trial works.”

Gourlay added Alliance Boots also could forge deals with other firms. “There are other brands we could choose to work with in a very similar partnership,” he said, adding No7 already is sold via Target in the U.S.

The current P&G deal comes as Boots Laboratories is enlarging its footprint in Europe. The brand, which already is sold in pharmacies in France and Portugal, will launch in Spain as well as Italy in the coming months. The brand is best known for its No7 Protect & Perfect Beauty Serum, which became a phenomenon overnight in the U.K. in 2007 after its antiaging properties were highlighted in a BBC television show. Boots stores, which are a ubiquitous presence on U.K. high streets, were overwhelmed by frenzied shoppers looking for the antiaging product, while waiting lists — more often the domain of high-ticket designer brands sold through boutiques and department stores — counted upward of 100,000 names at one point.

“Customers like Boots products, so our challenge is less about do the products work, or do people understand Boots. It is more about choosing the right partnerships and the right relationships to make them work,” said Gourlay. “We’re being very customer driven.”

On Monday, the company reported revenues for the year ended March 31 spiked 9.6 percent to 22.5 billion pounds, or $35.92 billion at average exchange. Its health and beauty division reported sales of 7.52 billion pounds, or $12 billion, representing a year-over-year increase of 5.2 percent. In the U.K., where Boots has 2,473 health and beauty doors (of which 2,380 include pharmacies), beauty and toiletries sales hit 2.18 billion pounds, or $3.48 billion, up 6.1 percent year-over-year. Internationally, Boots has stores in Ireland, the Netherlands, Norway, Thailand, Russia and Italy. In addition, 43 doors are operated as part of a franchise deal in the United Arab Emirates, Kuwait, Qatar, Bahrain and Saudi Arabia.

During a press conference Monday, Stefano Pessina, who acquired Alliance Boots in 2007 with Kohlberg Kravis Roberts, said he believes the company will remain privately owned for “some years.”

As well as inking the distribution arrangement with P&G, Alliance Boots executives also are tracking the introduction of Boots-owned brands in Waitrose supermarkets in the U.K. (The relationship is reciprocal, since Boots stores carry some Waitrose goods, too. Boots runs pharmacies in 13 of the supermarket retailer’s doors.) Alliance Boots also has teamed up with Mothercare to supply new children’s clothing brands for Boots stores.

“Partnerships are about combining assets and understanding whom we can work with to put out the best [offer],” said Gourlay. “Now, we’re looking to develop this strategy to be more focused in the next two or three years.

“I think what’s different in Boots in the last three or four years is that [partnerships have] come right to the front of the strategy,” he continued. “It was one of these things that happened a bit in the background. It was a bit slow and not always focused on, but it’s become [a core part] of our strategy.”

In Boots stores, Gourlay said the retailer is working to ensure its staff is well informed by providing e-learning opportunities and freeing up sales associates’ time so they can assist customers. It also is rejiggering its self-selection units.

“We’re constantly pushing ourselves to understand where personalization can come through,” said Gourlay, adding technology is playing a part in making shopping at Boots a more personalized experience. Skin-analysis machines are available in some stores to help steer people toward the correct products for their skin type, for example. And last year, Boots launched Boots WebMD, an online health and wellness resource for consumers.