Brain scanning is being used to help predict how shoppers will respond to products and shopping environments.

By Valerie Seckler and Cecily Hall on October 14, 2009
View Slideshow 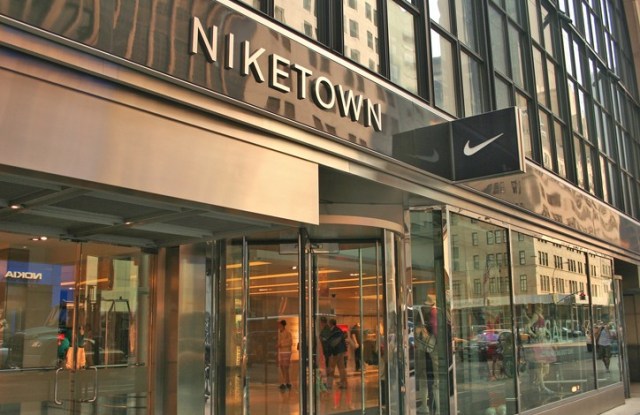 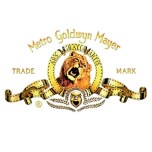 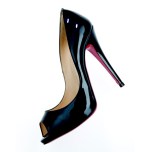 Brain scanning is being used to help predict how shoppers will respond to products and shopping environments. And firms ranging from teen retailer Abercrombie & Fitch Co. to The Walt Disney Co. want to encourage the impulse to purchase, partly by stimulating the senses through smells, sound and light.

This story first appeared in the October 14, 2009 issue of WWD. Subscribe Today.

The pressures of the recession and reduced consumer spending are spurring more companies to turn to techniques such as sensory marketing and neuromarketing, which measures the brain’s responses to common experiences, like touching a soft, new piece of clothing or shopping for a luxury handbag.

The testing and use of neuromarketing has roughly doubled this year, compared with 2008, among the world’s 100 biggest brands, said consultant Martin Lindstrom, the author of “Buyology: Truth and Lies About Why We Buy” (Doubleday, 2008).

“For good or for worse, neuromarketing has spread,” Lindstrom said. “Between 20 and 25 percent of the biggest brands are using it; a year ago, it was 10 to 12 percent.”

Brain scanning equipment is being applied to identify what stimulates craving, status seeking and other responses. Microsoft Corp., Google Inc. and McDonald’s Corp. are among the big players who have used the process, Lindstrom said.

The cost of collecting and mining brain activity has fallen by half since 2007, to about $50,000 to obtain and analyze the subconscious desires of 30 to 50 people.

These approaches to motivate shoppers also are being prompted by instant communication via tweet, blog, text message or e-mail blast, which can result in a new movie or a product being branded a failure within hours of its appearance.

“We live in a 24-hour cocktail party right now,” said Richard Laermer, president of RLM public relations. “The minute you do something people don’t think is right, people will be tweeting about it.”

Concerned about remaining attractive to wealthy customers without appearing over-the-top, a major luxury brand is using neuromarketing to position a new line of handbags, Lindstrom said. The brand, which he declined to identify, is using EEG’s to monitor brain activity as people shop two of the firm’s stores in Europe and a third one in the U.S. MRIs are being tapped to identify what makes a certain bag a must-have — what is it that tickles the brain’s parietal lobe, making a person feel superior to others?

“This is the first time I’m aware of that we’ll being seeing this kind of data on shopping in a luxury environment,” Lindstrom said of people who donned caps with inputs, enabling battery-powered devices to track their brain waves as they shopped. “How do you show luxury without showing too much luxury?”

Experts said the increased interest in sensory marketing — appealing to smell, hearing, taste, touch and sight — also has been spurred by companies seeking to innovate.

Researchers at Concordia University in Montreal have concluded that sensory marketing influences consumers’ choices. Anyone whose taste buds have responded to the aroma of chocolate, pizza or fresh-baked doughnuts has experienced a form of it.

The goal is to get consumers’ attention and commitment in a tough marketplace.

“You don’t see these details in companies’ marketing strategies — this kind of stuff doesn’t get written and documented,” said Robert Passikoff, brand strategist and president of New York-based brand agency Brand Keys Inc. “There is no financial measure for sensory marketing. How a visual layout of a store affects a retailer’s financial performance, for example, is difficult to measure.”

Passikoff added, “You can’t turn off your sense of smell. A connection to positive consumer experience has to do with scent, because it’s obvious. So the challenge for retailers and fashion brands is to tap into all the senses and come up with ways to affect consumers through the store experience. The experience becomes the differentiator.”

Abercrombie & Fitch has spent more than $3 million in the last two years on machines that generate its “Fierce” fragrance in the chain’s more than 350 locations. The retailer filed a lawsuit last month seeking to block Beyoncé Knowles from launching a perfume with Coty Inc. under the name of her alter ego, Sasha Fierce. A&F said its “intent is that all garments that leave the store have the Fierce scent attached to them.”

“From the product to the store design to the visual experience they’re throwing at you — it’s a multisensory approach,” said Harald Vogt, founder and chief marketer of Scarsdale, N.Y.-based Scent Marketing Institute. “Stores are dark inside, and they highlight products with light…you can see the images of half-naked models on the walls. Music is blaring….They want to drive traffic, they want to pull you in.”

Disney, with help from Apple Inc. chief executive officer Steven Jobs, a board member, is said to be considering a makeover of its 340 stores that will make them interactive spaces akin to a theme park with recreation options ranging from karaoke contests to stores made to smell like a Christmas tree.

The recession-battered auto industry is rolling out scents in dealerships, including vanilla, leather and grapefruit.

“The goal is for a scent to make people feel comfortable,” said Spence Levy, president of Miami-based Air Aroma America, which provides scent marketing systems. “You want light, easy scents — nothing complex. Complex is a turnoff in the brain.”

“You don’t see this publicized in their marketing strategy, which is similar to many of these other retailers,” Vogt said. “You walk into a store that sells shirts in bright colors and ties — you have that light, floral, citrus scent, and that’s what highlights the experience and complements the product.”

Aradhna Krishna, a professor of marketing at the University of Michigan’s Ross School of Business and the editor of “Sensory Marketing: Research on the Sensuality of Products” (Routledge Academic), to be published in December, said some brands have established strong sensory signatures that are immediately recognizable and an important part of their DNA.

Another visual example is Christian Louboutin’s red-soled shoes. “You see those red soles, you know they’re Louboutins,” Krishna said. “If you can have a sensory signature…the consumer is automatically cued into the brand.”

One reason for Americans’ reputation as an optimistic people is their enduring belief that “a new car, a new dress, a new house will make us more loveable,” Thompson added.

However, new marketing techniques are not slam dunks.

Paco Underhill, managing director of Envirosell research and consulting, said he is skeptical about whether neuromarketing will become a relevant, affordable tool that’s “here to stay.” When a cap with inputs is placed on a shopper’s head and they are told their brain’s responses are being recorded through a remote device on their hip — or by someone trailing them with equipment — there’s a sense of doing something unfamiliar.

“I’m fascinated with the depth of the information, but one question is: Once I use it, can I use it again?” Underhill said of recording subconscious responses to products and environments. “The first time you visited Niketown, you were floored. How did it look the 12th time? There isn’t always such a clear connection between stirring these feelings, and needing and wanting stuff.”

In the near-term, neuromarketers may play more on people’s anxieties, given uncertainties such as the economic environment and swine flu virus, for example.

Fear tends to feed on itself and create a sense of hypervigilence in people, Lindstrom said, noting: “Companies are riding this, from packaging design to verbal messages.”

But such tactics to reassure could backfire. RLM’s Laermer said he was “annoyed” upon visiting Starbucks coffee shops with ceilings “constructed to create a sense of din — even with a relatively few people there — to give patrons a sense of being in a coffee house….I want a sense of reality, a sense that what’s being said is something they believe in.”