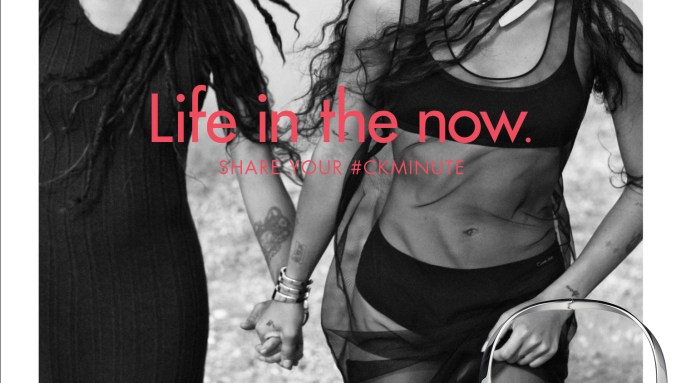 COUPLES’ TIME: “Life in the Now” is the theme of Calvin Klein’s new watches and jewelry campaign that breaks today on social media. Photographed by Cass Bird in New York, the ads feature a series of modern and dynamic couples highlighting the immediacy of time and the richness of human relationships. Actress Lisa Bonet is featured with her daughter, musician and actress Zoë Kravitz; actor Will Peltz appears alongside his girlfriend, model Kenya Kinski, while model couple John Hein and Tilda Lindstam are portrayed together. For the second year in a row, the campaign includes Korean model and actor Kim Woo Bin, who this year is accompanied by his friend, Chinese model and street-style star Ju Xiao Wen.

The campaign continues the brand’s #ckminute global digital campaign, which launched last year. This year, the social media initiative has evolved through the tagline “Life in the now. Share Your #CK Minute,” encouraging users to capture and share meaningful moments with Calvin Klein Watches and Jewelry pieces. The program launches with key influencers around the world. The company declined to provide the spring budget.