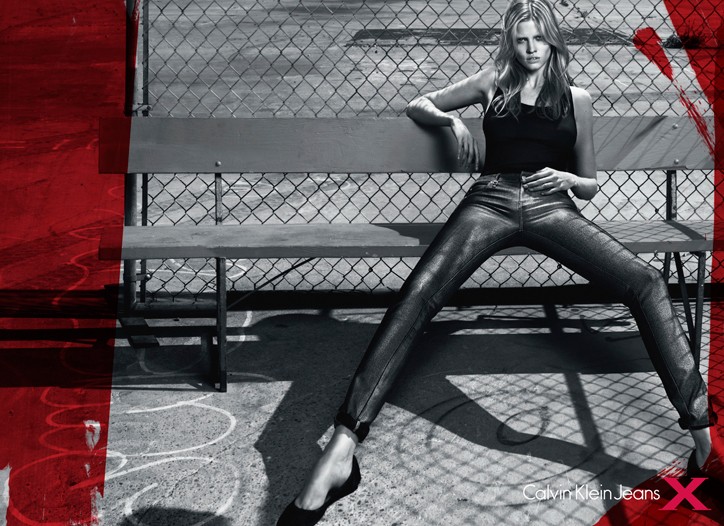 It marks the first time in years the fashion house has chosen to use one model for three of its brands, and Stone will be exclusive to CKI for all apparel advertising and runway appearances for fall.

If fashion history is anything to go by, the contract could catapult Stone, who is already one of the most sought-after models, into the fashion stratosphere. The Dutch native with the trademark gap in her front teeth is following in the footsteps of Christy Turlington, Kate Moss and Natalia Vodianova, whose association with the American fashion brand was instrumental in their careers.

Vodianova was the most recent exclusive face, having worked for the house from spring 2003 to fall 2007.

Stone is no stranger to the company. She was an exclusive model in the spring 2007 Collection runway show, and was in the fall 2007 Calvin Klein Jeans and fall 2008 ck Calvin Klein Beauty campaign.

“I have a long history with the Calvin Klein brand, and so it was wonderful to work with the house again this year,” said Stone, who recently got married to British comedian David Walliams. “It’s like being part of a family.”

Francisco Costa, who serves as the women’s creative director of Calvin Klein Collection, said the model was right for his fall collection. “I conceived my fall 2010 collection with a self-aware and assured woman in mind,” he said. “For me, Lara was the perfect choice for the new campaign because she is a woman who epitomizes confidence and sensuality.”

Malcolm Carfrae, CKI’s executive vice president of global communications, pointed to Costa’s fall runway show, which featured a mix of models including veterans like Kirsty Hume, Kristen McMenamy and Stella Tennant. “There was a diversity and Lara encapsulates this,” Carfrae said.

The fall Collection women’s campaign, which was shot by Mert Alas and Marcus Piggott, features Stone in purist black-and-white images that loosely harken back to Calvin Klein’s Nineties minimalism. The photographer duo also shot the Calvin Klein Jeans ads, which feature Stone as well as Simon Ellisdon, AJ, Grayson Vaughan and Eric Anderson. In at least one of the new images, the models’ positioning resembles an outdoors orgy, which is sure to stop traffic. The campaign also launches the new Calvin Klein Jeans X, and is marked by a red paint effect that echoes the spring Calvin Klein X Underwear launch campaign.