After their Women's World Cup win, Carli Lloyd and her teammates are posed to be breakout stars. 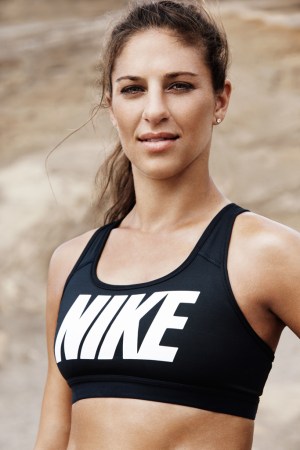 With three goals for the U.S. in Sunday’s Women’s World Cup win, Carli Lloyd was catapulted into international fame — and a few of her teammates are also posed to be breakout stars.

Weeks before she won the tournament’s Most Valuable Player and Silver Boot awards, the New Jersey-born Lloyd was spotlighted by Nike in ads and via one of its N+TC workout. There, fans learned how she would have been in the CIA or the FBI had she not become a pro athlete. Or that she can’t live without lip balm or her fiancé Brian Hollins (an assistant golf pro at the Trenton Country Club).

Aside from Nike, Lloyd’s only other endorsement deal as of Monday afternoon was with USANA Nutritional, a $2.5 billion New York-based company that also sponsors the Dr. Oz show. A USANA spokesman said the company hopes Lloyd will be a marquee speaker at its annual meeting in Salt Lake City next month, but that has yet to be confirmed.

Another standout was goalie Hope Solo, the WWC’s Golden Glove award winner, who conceded only three goals throughout the tournament — a new record. But coverage of her tangled police-related incidents may mar her future marketing potential, observers said. To date, Solo has endorsed Seiko, Simple Skincare, Nike, BlackBerry, Ubisoft, Electronic Arts and Gatorade, among others. (She is expected back in court this summer due to an appeal filed in Washington Superior Court after misdemeanor charges were dismissed against her for allegedly attacking her half-sister and her 6 foot, 9 inch nephew.)

Veteran player Abby Wambach is another crowd favorite, but her pending retirement makes her marketability more precarious, according to Rick Burton, Falk College professor of sport management at Syracuse University.

“With the right agent and by moving quickly, Carli Lloyd should be in the million dollar range [for endorsement deals]. She has what a lot of companies are looking for — courage, she’s a champion and a team player in a fast-paced game. She has a very compelling story to tell,” he said. “Carli Lloyd right now has a high level of fame based on the interviews she gave after the game, she’s also very likeable. That sounds like a funny thing to say but it’s important,” he added, citing how Q Scores are testimony to that.

As the sponsor of the American team, Nike wasted no time reminding consumers about that alliance. A giant digital poster on display at West 34th Street and Seventh Avenue in Manhattan was retooled less than an hour after Sunday’s victory to play up just that. And “American Women,” the short film that Nike developed before the WWC, was also reworked so that its parting shot now reads, “Strong Alone. Champions Together.”

In addition to Lloyd, teammates Wambach, Alex Morgan, Sydney Leroux, Christen Press and Megan Rapinoe are featured individually running up stadium stairs, working out and spurring each other on.

A spokesman for Nike, which has suited up the U.S. Women’s soccer team for 20 years, declined to say whether any of the players would be receiving bonuses for their championship win, or if Lloyd and other players who have individual endorsement deals or have their contracts extended.

Visibility is a tipping point between male and female pro athletes, according to Burton. “Without being sexist, men tend to get more money, but men play sports that are seen more often. Most of them play eight-month seasons every year,” he said, noting that the WWC only happens every four years.

Maria Sharapova, Serena and Venus Williams and, to a lesser degree, Lindsey Vonn are among the highest-profile female athletes. And being photogenic, as Lloyd appeared to be post-game, is another factor, Burton said, though not in a chauvinistic sense. “I’ve done a lot of research regarding female athletes’ endorsement deals and there is no question that being photogenic is a factor,” he said, although he cautioned that comes down to the public’s perception of what is photogenic as opposed to a stereotypical view.

Female athletes stand to help sway shoppers’ buying decisions, in light of the fact that women are known to make or influence 85 percent of all brand purchases. And sport sponsorship is big business with more than $11.6 billion in expenditures in 2009. Nike was believed to hold $4.2 billion in endorsement contracts in 2010 alone, according to the 2011 report “Sponsorship and Branding: Exploring the Challenges Facing Female Athletes.”