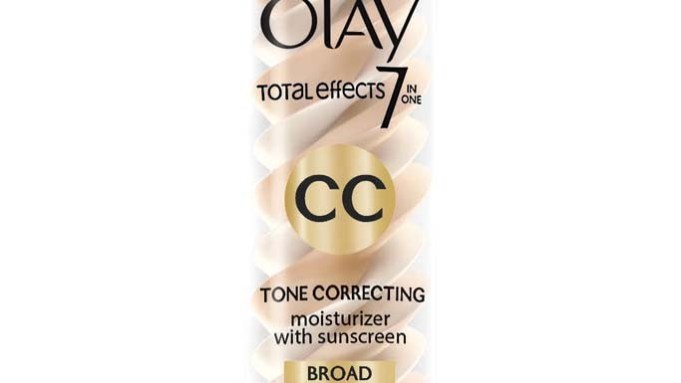 SHANGHAI — Not long after making its mark on the U.S. market, BB cream is already on the verge of being usurped by a new all-in-one beauty product — CC cream.

BB (Blemish or Beauty Balm) cream’s rise to the pinnacle of must-have multitasking cosmetics has been well documented. First propagated by Korean celebrities, this middle ground between tinted moisturizer and foundation became a highly buzzed-about beauty product in Asia, before moving into the Western world.

As with BB creams, Asia is leading the world in CC (Color or Complexion Correction or Control) cream technology, with companies such as Rachel K, iFiona, Missha and Tiannuo bringing the first editions of the product to market.

According to Rachel Kum, founder of the Hong Kong and Singapore-based Rachel K, which released its mineral CC cream in 2011, these formulations aim to bridge the gap between cosmetics and skin care even more effectively than their predecessors.

“It’s like a better version of a BB cream in terms of what it gives in result, functions and the benefits, so you have a lot of better active ingredients than the BB cream,” she said.

But BB cream also has its fair share of detractors, with common complaints including unsuitability for a wide range of skin tones and an often oily finish.

CC cream is formulated to avoid both of these BB pitfalls, with a lighter, almost mousse-like texture made for better blending and a matte finish.

Another major difference between BB and CC creams is the addition of more effective skin-care ingredients, including epidermal growth factor, or EDF, which promotes collagen growth.

“Whatever BB cream is giving you right now, the CC cream will give you 30 percent better skin-care benefits because the ingredients used are better,” Kum said. “I wouldn’t recommend people sleep wearing the BB cream, but I can assure my customers that it’s actually safe to sleep wearing the CC cream.”

Consumers in China have embraced the CC cream trend with particular enthusiasm. Hangzhou-based cosmetics company iFiona found fame in the Mainland China market for its BB creams. This year, iFiona, which sells primarily online, has released four CC creams, the most popular of which has already sold 1.3 million units.

“In China, actually it’s not like Japan or Korea, they care more about skin care than makeup,” iFiona founder Betty Lin told WWD. “In China, a lot of people are using CC cream, because it’s much more like using a skin-care cream, it’s not so thick, not so heavy. It’s the best response we’ve ever had to a product.”

One way to measure a product’s success in China is to note the number of counterfeit versions available at the country’s numerous “fake” or “copy” markets. Recent months have seen a proliferation of iFiona’s distinctive logo (which features a cat) popping up on CC creams all over the place.

It’s not without a touch of pride that Lin recounts her experience of seeing fake versions of iFiona’s CC creams on her travels around the country.

“Our CC creams have many copies and I don’t know how much they sell, but once I went to Guangzhou and one of the sellers of the fakes said to me, ‘You must make a lot of money from these products because they sell very well for us!’”

One international company that recognized this thirst for CC cream in Mainland China early on was Chanel, with the quintessentially luxe French brand releasing its CC cream exclusively in China (though it is expected to become available in other markets in the future).

Procter & Gamble’s Olay brand has beat Chanel to the punch Stateside with its CC cream, which was launched in the American market earlier this month.

“Olay discovered that while women in the U.S. love BB Creams for their ability to provide a quick, flawless finish, many women, especially as they become more skin-care involved in their late 20s, 30s and beyond, are seeking skin-care solutions that provide an instant coverage fix as well as longer-term benefits over time,” said Lela Coffey, marketing director for North America at Olay.

Wei Brian is the founder of Wei East cosmetics. After two years in development and a launch at New York Fashion Week, she’s confident that her CC cream isn’t in danger of being overtaken by DD creams, or any other alphabetical iteration, in the near future.