Celebrity Agent and the Art of the Deal 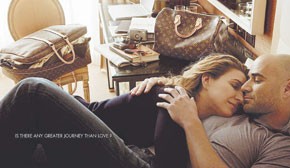 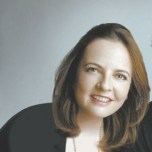 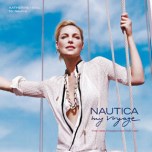 “Would you be into doing a fragrance thing?” she asked a famous actor.

Brynner, the 45-year-old daughter of the late Yul Brynner, the Academy Award-winning actor famed for starring in “The King and I,” has a client list that ranges from designer houses such as Christian Dior, Givenchy and Valentino to Hennes & Mauritz and Jones New York. Entertainers who have worked with the agency on ad campaigns, photo shoots and events include Madonna, Kevin Bacon, Halle Berry, Drew Barrymore, Pierce Brosnan, Tom Cruise, Jodie Foster, Tom Hanks, Courtney Love and Gwen Stefani.

When Louis Vuitton sought to highlight celebrities in its current print ads and “Core Values” travel-themed campaign, executives at the luxury brand phoned Brynner in Los Angeles to help land Scarlett Johansson. Vuitton zeroed in on Johansson after Brynner presented the LVMH Moët Hennessy Louis Vuitton namesake brand with about 20 candidates, her usual jumping off point.

“Timing is of the essence in our business, and in a matter of hours, Victoria will get you a definite ‘yes’ or ‘no’ — sometimes of celebrities you’d imagine you’d need days to even reach,” said Antoine Arnault, Louis Vuitton communications chief and son of LVMH chairman Bernard Arnault. “Her availability, her listening skills and her knowledge of the Hollywood system makes Victoria one of the best brokers we dealt with. She is not one of those who will say everything and anyone is possible — and make you lose six weeks with useless negotiations.”

The Stardust ceo is an ambassador bridging the worlds of entertainment and fashion — and not only because she wears Lanvin, speaks French, Italian and Spanish fluently and had an Oscar- and Tony-winning actor for a father. She has also gained fashion credibility from her mother, Doris Brynner, a Chilean socialite who did public relations for Valentino. When she was eight years old, Victoria’s mother took her to the house of Valentino to view her first couture show. Today, the celebrity talent executive counts Karl Lagerfeld and Hedi Slimane as friends, along with Valentino Garavani himself.

Having grown up around Hollywood royalty, Brynner believes she has an edge in handling celebrity. “I don’t have an issue with dealing with anybody — I’m not impressed or flustered by people when I meet them,” she said.

When the New York-based beauty giant Coty needed to find an actress to launch its Nautica My Voyage for Her fragrance, Mary John Baumann, group director, global marketing at Coty Inc., called Brynner for guidance. “You can’t just take any face and put it to a brand,” said Baumann, who chose Katherine Heigl for the print campaign, launched in November. “Heigl grew up in New England close to the water, she enjoys water sports,” Baumann related. “Her wholesome freshness and natural beauty resonates well for the brand.”

“The consumer is not gullible anymore; brands need to match the celebrity in license deals,” said Brynner, who presents her clients with look books of suitable talent, culled from print magazines and word of mouth. After an initial range of around 20 faces is narrowed down to three or so candidates by Brynner and her clients, she starts calling the stars’ agencies.

Recently, prestige cosmetics firm Lancôme called on Brynner to deal with the Hollywood troika of agents, managers and lawyers to help land a female face for an eventual campaign. “We are very far from the big Hollywood machine even if we reach for international actresses,” Odile Roujol, the Paris-based president of Lancôme International, noted in an e-mail. “[Brynner] has a clear understanding of luxury brands. It can be challenging to find the person whose image and values reflect that of your brand.”

When it comes to talking money, Brynner said she limits the conversation during a talent search to a celebrity’s agent.

“The magic figure in hard terms that opens doors is a million dollars,” she said, noting most deals for Stardust start around $500,000 and can sometimes go as high as $10 million. Brynner expects business this year at the boutique casting and production company’s celebrity division to exceed $20 million, a 30 percent increase over 2006 and twice as much as it took in the previous year.

Brokering an endorsement from a star tends to drag on for four to six weeks before it’s completed with a signature. That usually happens on “the day before a shoot or the morning of,” Brynner said.

As celebrity flameouts blaze across 24/7 media, the negotiations are almost always slowed by working out morals clauses, as well as time and compensation.

There is always a point when celebrity brokering mirrors the process of financing a motion picture: Unless the money is in the bank, Brynner said, “you don’t know if you have a deal.”

The headquarters of Stardust Visions is located in the Sunset Gower studio lot in Hollywood, and most of its neighbors are movie and TV production companies. The studios are quiet now due to the writers’ strike. Inside Brynner’s office, there are framed pictures of her father with Queen Elizabeth, photos of her two children and a photograph of Marilyn Monroe. Her assistant sits alongside her, fielding calls from clients and industry heavyweights such as director Michael Bay and Katharine Ross, senior vice president of communications for LVMH, who calls to ask why Brynner hasn’t RSVP’d for a Givenchy gala that evening.

Brynner and Sullivan founded Stardust 15 years ago as a production company for editorial clients such as Italian Vogue and as a location scout for fashion campaign shoots for brands including Versace. The company has since been divided into a brand division and the celebrity division, which is led by Brynner.

In the mid-Nineties, Brynner stumbled into brokering celebrity deals as a convenience for European clients because of her base near the movie and television businesses. Though Stardust Visions opened a New York office in 2006, partly to alleviate the time difference between the West Coast and Europe, Brynner still starts her day at 5:30 a.m. on the West Coast, taking calls and messages from European clients.

A creative director from the Paris-based advertising firm Publicis was having a difficult time finding a new celebrity to succeed Isabella Rossellini in the Lancôme campaign and asked for Brynner’s help. “He just needed someone over here who could deal with agents,” she said.

Brynner’s first endorsement coup was a European print campaign in 1999 for Swedish-based fast-fashion retailer Hennes & Mauritz, as she cast talent such as Johnny Depp, Gary Oldman, Tim Roth, Kylie Minogue and Salma Hayek to model for the chain’s marketing campaign, well before H&M began expanding into the U.S.

In the beginning, Brynner said, she “bluffed” her way through negotiations for entertainers, quickly learning the industry pecking order among commercial agents, managers and lawyers. “I really protect the deal on my client’s side,” she said of concerns such as a celebrity’s desire to use their own makeup artist or travel with their personal entourage. “There are a lot of dealings in the celebrity world that are bull.”