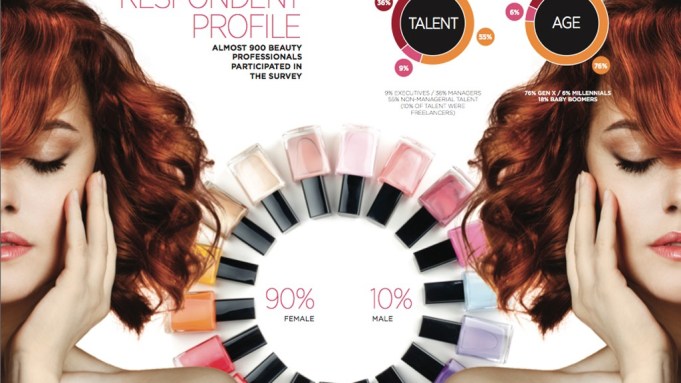 Cosmetic Executive Women and 24 Seven, a resource for talent management, have collaborated to create the 2013 Salary and Job Market Report for the beauty industry. For the project, statistics were collected from 900 various beauty professionals on topics ranging from salary to job function. The information is intended to help beauty professionals and hiring managers understand the ever-changing employment market.

Celeste Gudas, president of 24 Seven Inc., told WWD, “The partnership between CEW and 24 Seven is based on a mutual goal to provide actionable talent management insights to executives in the Beauty industry — for their own professional development, for the development of the teams they manage and as they help forge the talent management strategies of the organizations for which they work.”

Among the key findings of the survey were that three in five beauty professionals are unsatisfied in their current position, with 66 percent saying they are open to a career move in the next year. Reasons for dissatisfaction were listed in order of popularity as salary, poor work-life balance and lack of opportunity for advancement. Millennials and boomers are said to be the happiest. On a positive note, CEW and 24 Seven report executives are claiming that hiring rates are at or above the prerecession level, giving beauty professionals an optimistic future.

“The creation of the Beauty Salary and Job Market Report is natural next step for the seven-year partnership between CEW and 24 Seven Inc.,” said Carlotta Jacobson, president of CEW. “It has enabled us to uncover proprietary data and insights not available anywhere else.”

The complete report can be found on the 24 Seven Web site, at 24seventalent.com. Although nothing is confirmed, there are plans to release similar reports annually.