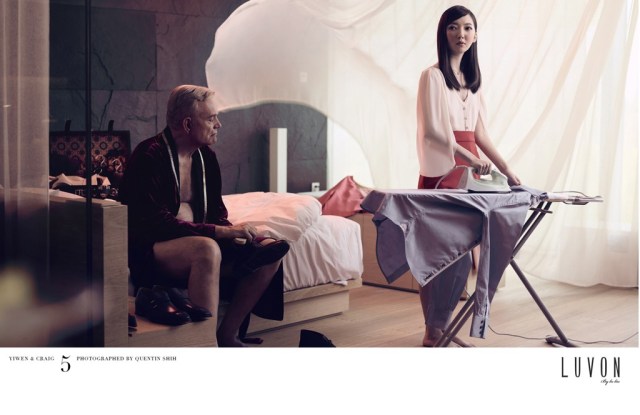 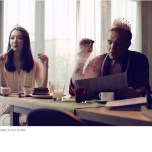 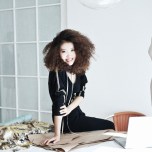 Despite the common belief that Chinese women are sexually shy and passive, the truth be told, China is actually the land of the modern-day Lolita. Furthermore, these Chinese Lolitas are a formidable force in consuming Western luxury goods.

Until recently, young mistresses for rich men was an open secret in Chinese society. They are nicknamed Lolitas because most of them start their life as courtesans while still in college. There are always lines of limos and luxury cars waiting to pick up Lolitas in front of performing arts schools.

In the Nineties, the Chinese Lolita was a girl who was willing to marry an older businessman for a passport to get out of the country. Today she prefers a wealthy Chinese man — her father’s age. The Chinese name for Lolita is Er Nai, or, literally, “The Second Mrs.”

The lucky ones are well taken care of, with an apartment and a stipend, much like Camille in Dumas’ novel. Others demand gifts, and these are often luxury items. And the Chinese Lolita is better informed about handbags than diamonds.

Despite the fact that Lolitas are fashionistas and probably an important force in luxury consumption, their existence is not recognized, and even shunned, by Chinese fashion industry professionals. Magazines talk about celebrities and debutantes, but very few would recognize Lolitas.

So it came as a shocker that a young Chinese designer announced that the Chinese Lolita is her inspiration for her 2012 spring-summer collection. Liu Lu, a 2006 Parsons graduate who started her own label, Luvon, issued a statement saying that her current collection “investigates the increasing popularity of Lolitas in modern China.” Her designs focus attention on this trend and “encourage dialogue.”

“I want to create designs relevant to Chinese society,” she says. Liu is typical of young upstart fashion designers in China: Her parents are in the real estate business; she was sent to Switzerland for high school. While on a school trip to Paris, she discovered Parsons Paris by accident. The fact that she could study fashion in English in Paris greatly appealed to her. Later she graduated from Parsons New York and returned to China to start her own label after working in New York for two years. Liu admits that she is 50-50 culturally. She claims to admire traditional Chinese values while appreciating the work ethic of American professionals. “I am too straightforward for Chinese culture sometimes. I want to get things done. I don’t have time to beat around the bush,” she says. “But sometimes, I am also misunderstood by the West. So I am really in the middle — neither here nor there.”

Perhaps, it is this combination that gave her the audacity to use a social taboo as inspiration for her design.

Together with the young Chinese photographer Quentin Shih, Liu has created a series of advertisements for Luvon focusing on the Chinese Lolita.

“As representatives of a new generation of artists, Ms. Liu and Mr. Shih are no longer satisfied with visually striking works,” the two said in a joint press statement. “Instead, they look to carry out a profound dialogue with their audience and encourage them to deliberate and introspect.”

As Chinese social issues are becoming daily discussion topics on social networks, young designers like Liu are compelled to express their opinions through their work. More will follow Liu’s footsteps.

In the press statement, Liu and Shih openly warn Chinese of blatant materialism. However, in the visuals for Luvon, the young-artist duo created a very detached Lolita with a older foreign man. “We don’t want to spell it out for you,” says Liu.“It’s up to your imagination to figure out the relationship between the people in the photos.”

One can easily dismiss the Luvon visuals as sensational and attention grabbing. But Liu doesn’t need more media attention. She and her dresses have already been featured in Chinese Vogue, and she is a designer favored by film celebrities. Shih on the other hand has already worked with Dior on several art projects.

It is a sign of maturity in a young fashion industry that designers like Liu are inspired by the society and culture around them, rather than fashion weeks that are thousands of miles away from China.