Image building at the house has consistently supported the iconoclastic essence of its fashions. 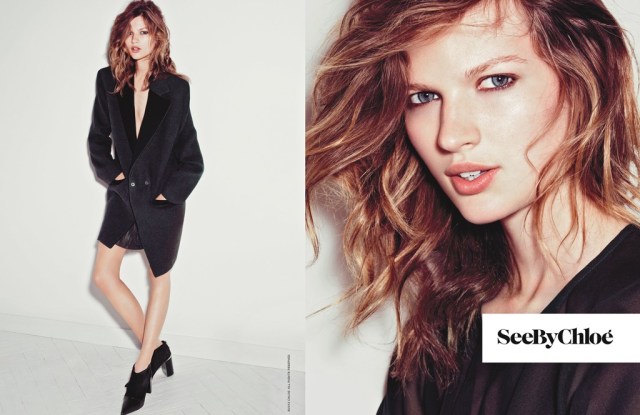 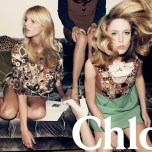 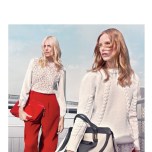 Prized for its daywear, Chloé shuns the red carpet, thrives in nature and doesn’t need celebrities.

Instead, the brand has relied on accomplished photographers and expressive models to portray its free-spirited, playful essence and effortless sense of elegance — values that founder Gaby Aghion held in high regard back in the Fifties, when she created the label.

Inez van Lamsweerde and Vinoodh Matadin, Craig McDean, Terry Richardson and Mario Sorrenti are among famous names behind the camera, while Linda Evangelista, Anja Rubik and Raquel Zimmermann are among the top models who portrayed Chloé’s unapologetically feminine upbeat spirit.

Van Lamsweerde and Matadin shot nine fashion ad campaigns for the label, the first for fall 2004. In it, blonde models in long, romantic dresses frolic in the Tuileries gardens in Paris. Yet, they are strong, running, like unleashed amazons.

The outdoors is a consistent leitmotif in campaigns.“The Chloé girl is about a lightness of spirit and easy cool. She’s not precious or contrived,” explained Fabien Baron of Baron & Baron, Chloé’s creative agency, which oversees the campaigns. “So nature and the outdoors are a fitting context for the Chloé girl. It reinforces that ease and authenticity.”

Baron, who took over from art director Ezra Petronio, signed his first campaign for the brand this fall, showing Rubik and Suvi Koponen on the top of a building. The duo wear ivory sweaters and scarlet trousers from the label’s fall collection designed by Clare Waight Keller. They look like sisters.

Indeed, gangs of girls are key, as seen in van Lamsweerde and Matadin’s spring 2007 campaign featuring Trish Goff along with Rubik and Zimmermann. “They are like a girls band. That gives the impression of women’s power,” noted Marc Ascoli, a former creative director of the label.

The Chloé girl is independent and sure of herself, but there is undeniably a softness to her.

“[Chloé girls] are very often delicate, classically elegant, not bling-bling. Demure,” said Ascoli, who art directed campaigns when his long-time partner, Martine Sitbon, was head designer at Chloé, as well as at the beginning of Phoebe Philo’s tenure.

One shoot, under the guidance of Philo, took the campaign to the wilds of South Africa, with Russian model Anne Vyalitsyna (aka Anne V). “The collection was sunny, with a lot of romantic blouses,” Ascoli recalled.

In a similar vein, Karl Lagerfeld’s Chloé campaigns in the Nineties with Evangelista and Naomi Campbell resemble paintings or vintage photographs, telegraphing a turn-of-the-century elegance.

Ascoli is overseeing a large-format coffee-table book on Chloé published by Rizzoli, slated for release in fall 2013. He noted that the different head designers have had different visions of the Chloé girl.

“Under head designer Martine Sitbon, the Chloé woman was a little bit dandy, determined, modern. Under Karl Lagerfeld, she had the allure of a heroine, she is a magical woman,” he said. “There was a shift [in terms of advertising style] when Stella McCartney came in, in 1996. Stella hired younger photographers such as Liz Collins. The photos are more realistic.”

Baron is set to shoot the spring campaign in November.