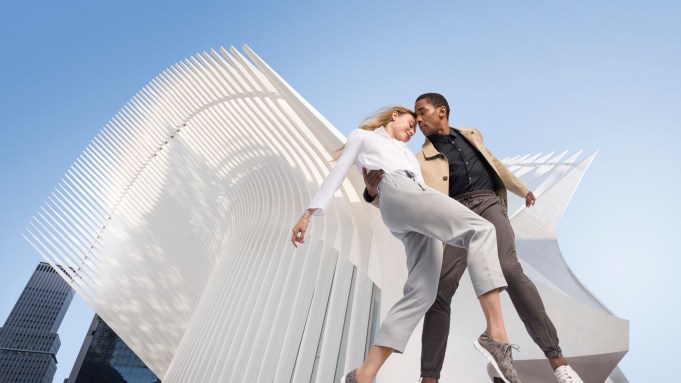 Tapping into its multiyear partnership with the New York City Ballet, the campaign features ballerinas Sara Mearns, Megan Fairchild and Gretchen Smith. They are joined for the first time by male NYCB dancers Craig Hall and Adrian Danchig-Waring who showcase Cole Haan’s dual-gender ZerøGrand collection. The ads, dubbed “The Art of Elegant Innovation,” were photographed by Sebastian Kim.

“Ballet and choreography are analogous to both architecture and the creation of the ZerøGrand collection, and the dancers exude a remarkable mix of elegance and strength in every shot,” said David Maddocks, chief marketing officer and general manager of business development at Cole Haan.

The product ranges from ZerøGrand footwear and outerwear to jewelry and eyewear, which are all featured in the campaign.

Cole Haan partnered with T Brand Studios to create the native digital advertising campaign that includes images and video. The campaign will launch online at colehaan.com on March 7, and will also appear on YouTube.com, Instagram, Facebook and the New York Times online.