As technology and consumer behavior converge to inform an increasingly complex retail landscape, it is imperative that brands and retailers acclimate to the relevant — and, at times, drastic — shifts.

A report released today by Narvar, a service that specializes in optimizing the post-purchase experience, revealed that shoppers’ preferences for communication with retailers are amidst great changes — and their preferences may also speak volumes about what’s to come. In an effort to understand what consumers truly want, Narvar surveyed 1,290 U.S. shoppers who had made an online purchase within the past six months.

Among key findings were that advanced technology is on the rise (think voice assistants and bots driven by artificial intelligence), with the data having revealed that 79 percent of shoppers have used text, messenger apps, or voice devices, and 74 percent have used live chat while shopping.

Moreover, 65 percent of customers who interacted with a bot (knowingly or unsure) reported a positive experience. Still the report cautioned retailers to be judicious in their use of AI and to add it strategically to ensure that it adds value to the shopping experience, rather than running the risk of frustrating customers further.

The results also revealed that shoppers (more than 80 percent) generally prefer to hear from retailers via email, but consumers — especially Millennials — are becoming increasingly open to texts and push notifications (especially if a message is critical and involves order confirmation or tracking information.) Overall, post-purchase messages were among the most probable to be appreciated through text or push notification. 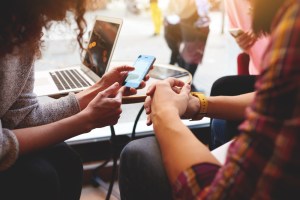 Accordingly, the report urged retailers to collect e-mail addresses as well as other contact information (for example, mobile numbers, social network handles and mailing addresses) to adapt to whatever touch points their customers prefer. The report noted that at least 38 percent of shoppers want to hear from retailers on various channels.

When a problem arises, the study’s results also found that most shoppers today will try and resolve it by themselves first. Shoppers under 30 (at 88 percent) are most likely to prefer to take the task on themselves (i.e., using the retailer’s web site or chat technology) — meaning, in the future, retailers should incorporate appropriate technology for enhanced self-service options.

While there may be no silver bullet (“Customer communications are never one-size-fits-all,” confirmed Narvar’s chief executive officer Amit Sharma), the report’s results and recommendations confirmed that the way people shop is changing — and retailers must, too.