Challenge for 2010: Consumers Get Choosier 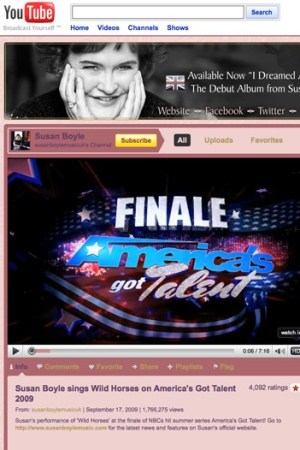 This will be a year of living without.

The U.S. is heading in that direction, marketing experts said. Brands face the challenge of consumers now accustomed to doing without things they once considered essential: attending a concert or sports event, dining out regularly, buying a new car when an old one was still running, and buying premium liquor or a status handbag.

In short, the country’s long-running, pre-recession spending spree isn’t likely to resume anytime soon. Consumers are expected to stay focused on buying fewer, more important things, in a time of the “anti-big” — a period in which they are redefining what they value, engaging in more local activities and spending more time at home with friends and family.

“People are in a less and less mind-set,” said Marian Salzman, president of Euro RSCG Worldwide PR. “They’ll be acquiring things that make them more productive or more relaxed. Peace of mind, respite, an escape will be in demand.”

A Zogby Interactive poll of 2,841 adults taken Dec. 28 to 30 found 40 percent of Americans anticipate having less disposable income at the end of this year than they did at year-end 2009, while one-third foresee having about the same amount in their coffers. Most hopeful among them are the Millennials, ages 18 to 29: Thirty percent expect to have more funds at their disposal.

The wealthy are no exception to the conservative spending outlook. Luxury consumers “haven’t recovered anywhere near to their wealth of 2007,” said Milton Pedraza, chief executive officer of the Luxury Institute. “They splurged a bit over Christmas, but I expect conservative spending on luxuries this year,” with interest centering on innovative products.

In times of more limited consumption, simply getting people to consider purchasing a brand “won’t be good enough,” said Walker Smith, executive vice chairman of The Futures Co., a London-based unit of WPP. “The single-biggest issue facing marketers is learning how to reconnect with people about what’s worth paying for and what’s worth paying extra for. People are learning how to live without things. There’s this seething outrage people feel about things. It’s all about irresponsibility — the financial crisis, the housing crisis.”

The 10 percent U.S. unemployment rate, depressed housing market and a forecast for widespread home foreclosures to continue through 2010 are expected to keep exacting a toll on the consumer’s psyche. Almost half those polled by Zogby Interactive, or 47 percent, said their financial situation was worse than it was as 2008 ended.

Even the advertising extravaganza that is the Super Bowl is being reevaluated by CBS and advertisers. The price of the average 30-second commercial is ranging from $2.5 million to $2.8 million for CBS’ Feb. 7 telecast of Super Bowl XLIV, down from $3 million in 2009, TNS Media Intelligence reported Monday, citing ad buyers. If the average cost ends up at less than $3 million, it won’t be the first time the price of Super Bowl spots dropped: They dipped 4 percent to about $2.4 million in 2007, versus $2.5 million in 2006, said Jon Swallen, senior vice president at TNS Media Intelligence.

PepsiCo Inc. has bowed out of the Super Bowl telecast for the first time in 23 years, as it allocates more than $20 million to its new Pepsi Refresh Project, which will be financing local causes submitted by people around the country to Pepsi’s Web site at refresheverything.com.

A reevaluation of fashion goods may result in sharing and cooperative ownership of certain items by young adults, Euro RSCG’s Salzman said, like “five women pitching in to buy and share evening coats.”

Thought leaders engaged by marketing consultant Zandl Group, Millennials and Gen-Xers believed to be on the leading edge of new trends, “are ready to get involved with fashion again,” said Irma Zandl, president of the consumer insights specialist. “But with the economy so bad, it isn’t that must-have item.”

For the near-term, apparel’s primary appeal is likely to lie in things that are practical, flexible or needed in someone’s wardrobe, predicted John Zogby, president, chairman and ceo of Zogby International. “The most practical becomes the most fashionable” in 2010, he said.

Similarly, in marketing campaigns, there ought to be less reliance on fantasies and promises of the good life, and more reliance on authenticity and satisfying needs. A commercial slogan like “What happens in Vegas stays in Vegas,” for instance, would better be replaced by a message telling people why they need some time off, where they can vacation and how they can enjoy themselves, Zogby said.

Optimism continues to be seen in marketing circles as an antidote to recession fatigue, as in campaigns like Pepsi’s Refresh Project, Dunkin Donuts’ “We Can Do It,” message and Coca-Cola encouraging people to “Open happiness” when they drink a Coke.

Results of a new, third-party survey for Pepsi, disclosed Monday, revealed 94 percent of the 1,005 adults interviewed in December by StrategyOne agreed optimism is important in creating ideas that have a positive impact. Two-thirds of those interviewed said the best ideas come from everyday people rather than from public figures.

Individuals can begin applying for Pepsi Refresh grants to benefit local projects starting today, and visitors to refresheverything.com can start voting on the best ideas for funding on Feb. 1. Projects will be funded in six categories: arts and culture; food and shelter; health; education; the planet, and neighborhoods.

“This works because this is how the public is redefining their own lives,” said Smith of The Futures Co., alluding to a growing sense of civic responsibility. “It is practical; there are real benefits.”

But how much or how often will the consuming public consider Pepsi’s Refresh Projects when they’re buying soda at the supermarket, movies or beach?

“They’ll get some halo effect,” Faith Popcorn, ceo of Brain Reserve, said of the commercial muscle that could come via the local-cause marketing effort. “When they build a bicycle road, it will get out on the social networks.”

In a similar vein, ordinary people with their own YouTube channel or the cast of a reality series like MTV’s “Jersey Shore” are more likely to resonate in marketing campaigns than are most celebrities, Zandl said.

“We’re never going to go back,” she said. “Everyday people will always be instant celebrities — some by being interesting, some by being outrageous.”

This democratization of celebrity is being enabled and sped by mobile technologies such as cell phone cameras and the short shelf-life for information, and images in a 24/7 media culture.

Susan Boyle, the much-applauded — and sometimes ridiculed — 48-year-old Scottish singer who was a shy unknown until her appearance last year on “Britain’s Got Talent,” sits atop Billboard’s album chart this week with “I Dreamed a Dream” (Syco/Columbia). The videos on her YouTube channel have been viewed a combined 6.58 million times.

Or, as Popcorn put it, in a time of the “anti-big,” people are responding to a sense they “can call someone” for help.