High-end consumption may revert to being a millionaire’s club. 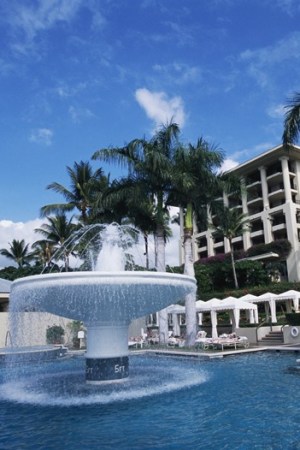 High-end consumption may revert to being a millionaire’s club.

With consumers determined to save and their view of the American Dream in flux, growth in the luxury sector will increasingly stem from households with liquid assets of at least $10 million in the U.S. and $3 million in other countries, marketing experts said.

Even many of the nation’s rich are pruning spending on prestige goods. A new snapshot of 16,000 affluent Americans, who are among the wealthiest 10 percent with average assets of $3.1 million, shows about half will slash their budgets this year, repeating a pattern from 2008. This group also has average annual income of $315,000, according to “Luxury in a Recession,” the study by marketing agencies Young & Rubicam and the Tom Julian Group, which was conducted nationwide in the third and fourth quarters of 2008.

“Luxury is evolving into exclusivity of experience; it is not only a product, it is a lifestyle,” said Claudia D’Arpizio, a Bain & Co. partner in Milan. That’s one reason top names like Giorgio Armani, Versace, Salvatore Ferragamo and Bulgari have been developing luxury hotels and restaurants, added D’Arpizio, the lead author of Bain’s “Luxury Goods: Worldwide Marketing Study 2008.”

At the same time, the ranks of customers for accessible and aspirational luxury goods and services are thinning fast.

The picture isn’t expected to brighten until there is a sharp upturn in home values, which lost $3.3 trillion in the U.S. last year, about half the value since peaking at $6.1 trillion in 2006, according to Zillow.com, a real estate marketplace.

Bain & Co. last month lowered its outlook for global luxury consumption, forecasting a falloff this year that could go as deep as 15 percent compared with 2008.

“What happened in the fourth quarter — 70 percent off isn’t even enough anymore — is a lesson,” said Pamela Danziger, president of Unity Marketing. Prestige brands, she added, “will have to go back to targeting rich people and give up the people [who were] trading up.”

In this environment, Americans whose annual household incomes of $100,000 to $250,000 make them comfortable, but not rich, “will probably adjust their spending to the point where” less pricy, upscale brands “will benefit,” Danziger said, citing J. Crew, Coach, DKNY and Furla.

As a result, premium goods and services from jewels to designer apparel to luxury hotels to private jets are becoming the province of a more rarified group of consumers.

When John Gerzema, a trend forecaster and chief marketing officer at Young & Rubicam, met up with his former investment banker friends in February, he learned they were giving up their New York Yankees seats, selling their wine collections and taking their kids out of private schools. They were also drinking beer.

“We usually would have been drinking first-growth Bordeaux,” Gerzema recalled. “This time, I was drinking Belvedere and grapefruit juice, and had the most upscale drink.”

These lifestyle changes and beer budgets have been prompted by a sudden loss of income, which is being experienced by a rising number of Americans, including the 11.6 million, or 7.6 percent, unemployed in January. That’s 4.1 million more people than there were without steady work in 2007. Unemployment is expected to climb in February.

Gerzema’s ex-banker friends derived 80 percent of their income from bonuses, which last year were just 10 percent the size of those they received in 2007. “Lower confidence is affecting everyone, not just the aspirational shopper,” he said.

Even as the economy is unraveling, the Luxury Council’s Furman said “connoisseurship” is on the rise, particularly among wealthy Baby Boomers who are becoming more “inquisitive” and “authoritative” about what makes high-end products superior and distinctive. “What keeps luxury ceo’s up at night?” said Furman, a former marketing executive at Bergdorf Goodman and the New York Stock Exchange. “Educating their best customers: Why does good stuff cost so much?”

This year, their best customers in the U.S. are to be found in the 2.25 million households with annual incomes of $250,000 or more, experts said. That’s about 2 percent of the country’s 117 million households.

Brand and product image, the traditional basis of luxury goods marketing, aren’t as likely to trigger many purchases. “Image alone is a canard,” Furman said. “It’s a fake promise and it will be found out by the consumer.”

The well-heeled are seeking a sense of connection between the world in which they live and the premium brands they consume, marking a departure from the longtime sensibility of detachment and superiority to which many luxury brands have played, marketing experts said. It’s starting to manifest in a growing desire to know more about brands, such as how products are sourced or what a company is doing as a corporate citizen.

The home is becoming a focal point for luxury consumption as people spend more time there. The rising value of moderation recalls the post 9/11 “remorse factor” Americans experienced during 2001 and 2002, although this time it extends beyond the public’s psyche to their personal finances, said Tom Julian, president of Tom Julian Group.

Brands gaining in strength and stature, based on the Tom Julian/Y&R sample of 16,000 Americans whose annual income ranges between about $100,000 and $500,000 include Viking appliances, W Hotels, Tag Heuer, Bulgari and Four Seasons Hotels. The potential of the goods and services of such brands to bring people together or enable a sense of escape figured into consumers’ view of them as “relevant” and worthy of “esteem,” according to the luxury study.

For now, it appears the country’s top wage earners are drawing much of luxury’s meaning from the word’s Latin root, luxus, or excess. Marketing consultant Richard Baker, chief executive officer of Premium Knowledge Group, which tracks residents of the 600 most affluent U.S. zip-code areas, where households have average annual income of $546,000 and assets of $6.5 million, said the wealthy are becoming “socially sensitive about how they’re being seen.”

Recalling a conversation with a financier in February, Baker said: “He was considering a purchase — a Bentley — and he avoided buying it, as he’s in a company that just laid off people.”