The annual trade fair convened in Bologna, Italy, with a sense of urgency about the future of both the exhibition and the Italian beauty industry.

By Pete Born and Cynthia Martens and Jennifer Weil on March 29, 2012
View Slideshow 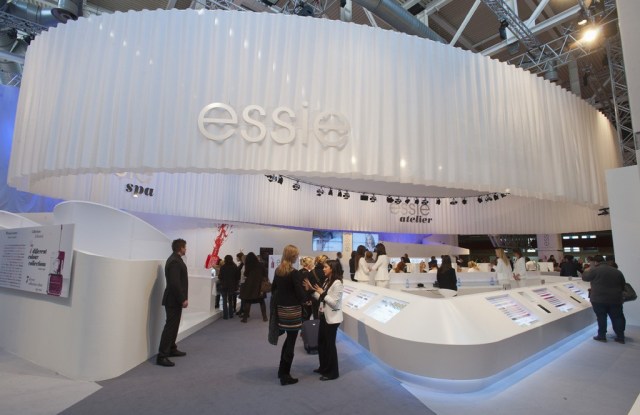 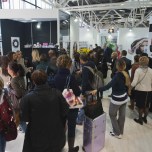 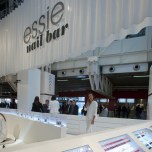 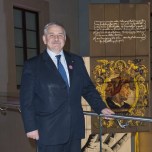 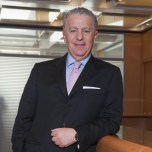 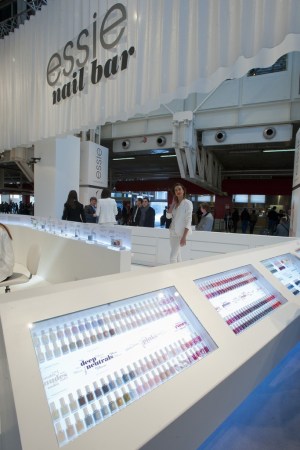 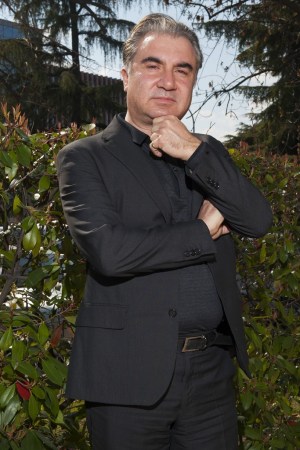 BOLOGNA, Italy — Sustainability was more than a buzzword at the Cosmoprof trade fair that was held here from March 9 to 12.

On the opening morning, the first panel discussion focused on that topic, along with its fellow traveler, innovation. Meanwhile, in the background, key players were grappling with questions regarding the fair’s future direction, just as the Italian beauty market is struggling to find a firmer growth footing.

“This is a transition year,” said Fabio Rossello, president of Unipro, the Italian association of cosmetic industries.

The feeling of change was palpable as news spread that Aureliana De Sanctis was no longer chief executive officer of SoGeCos, Cosmoprof trade shows’ parent company. It was speculated that since SoGeCos had been acquired by BolognaFiere, it had continued to assert its independence, according to sources. That ended recently when Duccio Campagnoli, president of BolognaFiere, also became president of SoGeCos. De Sanctis remains active in the organization in another role.

“We are thinking about innovation,” said Campagnoli, in a brief interview during the Elle Beauty Awards on the evening of March 10. “We have to have more engagement on innovation in the cosmetics industry.”

Campagnoli contended the fair was successful with its number of exhibitors, but he reiterated the belief that the fair has to be bigger and better.

Cosmoprof’s overall attendee figures were down 0.9 percent on-year to 175,703. However, foreign visitors increased more than 10 percent for the session, with more than 40,000 in attendance.

Show organizers made a point of asserting that the fair has become “a cornerstone event for foreign exhibitors,” with companies coming from more than 70 countries, according to a statement. That contention illustrates how much the fair has changed in the last several years. As big name manufacturers — international and Italian — have gradually disappeared from the roster of exhibitors, the ranks of foreign delegations has continued to grow. This year there were new country pavilions from Mexico, California, Brazil, the Netherlands and Romania. All in all, there were 20 collective exhibitions from manufacturing countries.

The vacuum created by the absence of many of the big players has been filled by medium- and small-size exhibitors, who continue to pack the halls. As one large exception, the biggest names in nail enamel packed in crowds of enthusiastic visitors. L’Oréal made a dramatic splash with its Essie brand.

Jeff Pink, president and ceo of Orly, was busy in the country pavilion, riding the nail-color boom.

Despite the comparative tranquility outside of the nail and hair arenas, he said from his standpoint, “This was one of the busiest shows in the last few years.”

Cosmoprof remains a favorite meeting place, with familiar faces seen at events and in show offices. A handful of prominent business leaders — including Ferragamo’s Luciano Bertinelli, Estée Lauder’s Orna Nofarber, L’Oréal’s Camilla Schiavone, ICR-ITF’s Roberto Martone, Sephora’s Laura Schiatti, Euroitalia’s Davide Sgariboldi and Simone Destefanis, the recently named head of beauty for Coin and Excelsior — were seen in Bologna. However, they were there mostly to participate in award presentations and meetings.

As for the show’s future, Rossello said one direction forward for Cosmoprof may be to tie fashion together with beauty at the show. But the call for sustainability went far beyond the fair or Italy’s borders, as Europe struggles in the grip of economic malaise.

Cosmetics Europe, formerly known as Colipa, is establishing a sustainability network of organizations across Europe, according to Bertil Heerink, the organization’s director general.

“Sustainability is at the heart of what we are presenting,” he said, adding that it’s not just an ecological but also a socioeconomic issue. His organization will celebrate its 50th anniversary on June 13 and 14 with a program of activities in Brussels.

The current problems facing the Italian cosmetics business are definitely pressing. Domestic consumption last year limped along with a 1 percent gain, whereas the country’s beauty industry’s exports of 3 billion euros, or $4 billion at average exchange, hurdled ahead with a 14 percent increase.

Rossello said of the much-made call for innovation, “It’s not a plus, it’s a must.”

That sentiment was echoed at the Italian beauty retail scene, which had been buffeted by a heavy winter snow, political turmoil and consumer financial strain. Some mom-and-pop perfumeries — which previously had formed the industry’s backbone — continue to suffer. Between 2009 and the end of this year, 40 percent of independent cosmetics shops will have closed in Italy, according to an estimate cited by Celso Fadelli, ceo of Intertrade Group.

Some chains have been suffering, too, notably Limoni, which has undergone management changes. The Italian perfumery group — whose parent company, private equity fund Bridgepoint, acquired the La Gardenia perfumery chain in July 2011 — was said to be shuttering four doors in central Milan.

“There’s an Italian proverb — ‘Your death, my life,’ ” Augusto Mazzolari, founder of the Mazzolari perfumery chain, said with a broad chuckle during an interview earlier in the week in Milan. “There was a time when chains hurt traditional perfumeries, and now it’s the reverse.”

Antonella Mandelli, the perfumery’s general manager, believes an emphasis must be placed on individual products and services. Mazzolari, for instance, has recently introduced some items from the Kosé brand — including the 900 euro, or $1,190, AQ Antiaging cream —and also launched aesthetic treatment services.

“You need your own identity because there are too many products, and you need to differentiate. Otherwise, we all are selling the same thing,” said Mandelli.

The roots of Italy’s retail problem were traced during a discussion at a Unipro conference during the first day of Cosmoprof. One study that was cited involved 50 percent of non-perfumery frequenters (who had formerly patronized the retail channel) with the other 50 percent being perfumeries’ continuing customers. Of that latter group, half said they’re on the fence about continuing to shop at such stores.

There was more unanimous sentiment as the focus-group members took a dim view of mom-and-pop perfumeries, which were depicted as having lost touch with their customers. In the past, these businesses were known for their intimate relationship with consumers, according to the study. Now they are seen as either “pretentious” or “cheap” and “dusty.”

Customers who had become disenchanted with perfumeries were asked what could lure them back. Among the responses were “friendlier service,” “high-quality, special products” and “expert advice.”

Also earlier in the week, during an interview at Intercos headquarters in Agrate Brianza, a Milan suburb, Dario Ferrari, the company’s founder and president, discussed further pressures on the market.

“There’s a lot of private label selling at very competitive prices but with good quality. All the masstige brands are having trouble,” he said, adding that sales gains can only come through new products.

One bright streak that gladdens industry executives is the fact that Italy remains a net exporter. The country’s total beauty economy amounts to 10 billion euros, or $13.2 billion at current exchange, of which 3 billion euros, or $4 billion, is exports, matched against 2 billion euros, or $2.6 billion, of imports. That leaves a plus margin of 1 billion euros, or $1.3 billion. Rossello said the industry is investing the equivalent of 6 percent to 8 percent of sales into research, almost double the approximate 4 percent spent on R&D for products in the general business.

“The cosmetics industry is a very important part of the Italian economy,” he said, adding its exports are challenging that of the country’s wine and shoes.

In the exhibition halls of Cosmoprof, the hottest focus was on nails and hair. L’Oréal’s Professionnel division reemerged at the fair after a three-year absence, with a spectacular 5,555-square-foot, centrally located stand to launch the Essie nail brand into the Italian salon market. Building number 22 — dedicated to nails — was the most bustling spot of the whole fair.

Big-name nail brands, including OPI, CND and Orly, were all showcasing gel products.

David Suliteanu, president and ceo of Sephora Inc., who was browsing through Cosmoprof’s nail section, jokingly defined the nail business in a single word — “gel.”

Some highlights that were new to the fair this year included the Extraordinary Gallery, a labyrinth of nooks featuring everything from specialized beauty lines — such as Villa Buti, creator of fragrances made in Tuscany, and Sai-Sei, a Japanese bath and body line owned by Space NK — plus fashion and accessories.

There was also the consortium of 11 California-based beauty brands financed by a $2.3 million grant that was part of the U.S. Small Business Administration’s $50 million program to boost exports. Among the brands there were Zerran Hair Care, which was highlighting its own nonformaldehyde straightening system that relies on high heat.