Diesel continues to use irony and irreverance to attract consumers. 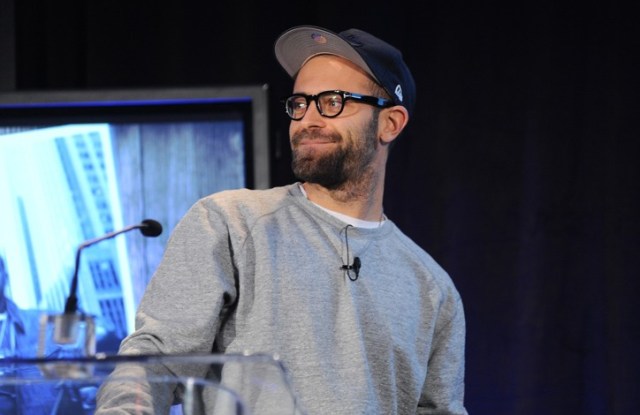 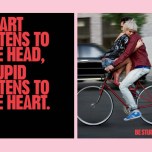 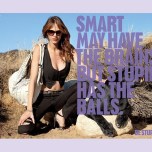 Any firm that advocates stupidity in its marketing might raise some eyebrows when one of its executives says its customers need to be treated as “human, thinking beings.”

But that’s just the approach taken by Stefano Rosso, head of strategic brand alliances for Diesel SpA and son of its founder and president, Renzo Rosso, at the WWD Denim Forum. Assigned the task of explaining how the firm would make the brand relevant to the next generation of consumers, Rosso emphasized that sticking to the ideas and concepts that have brought Diesel to its current level of business — with sales of about 1.1 billion euros, or nearly $1.6 billion at current exchange — would be the key to extending and enhancing its success.

“From our real experience and my personal experience, we were able to see that big businesses are run by principles more than rules and regulations,” he told attendees. “It’s very important to have clearly in mind what you stand for, the principles that drive you every day.”

Rosso listed seven traits that define what might be termed the Diesel brand personality: braveness, irreverence, passion, irony, unpredictability, fun and sexiness — and noted that everything done in the way of marketing support for the brand needs to conform to these traits.

“The message that’s left behind is ‘be brave,’ ” Rosso said. “Do something more for yourself. Don’t get stuck in what people tell you to do, get stuck on what you want to do and push it further as much as you can.”

Although the media and messages used to promote Diesel are constantly evolving, he claimed the principles underlying them are not. Chief among these is putting the consumer at the center of everything the company does, and much of that goes back to the idea of constantly communicating with consumers and putting the brand and its value at the forefront of all its efforts. Alluding to the now famous ad of two male sailors kissing, he noted, “We played with our consumer in a way that was never done before. We think of our brand lover as a thinking human being. We always try to send him a message, involve him in a direct dialogue that may be interpreted in a way that we never even thought about.

“Maybe [that approach] creates even brand haters, but that’s not the point. The point is to get them to think and treat them as human, thinking beings. Not somebody who wants to just buy our product, but someone who needs to listen and needs to think about that you’re saying.”

Other examples of Diesel’s love of irreverence included a recent ad in which an elderly jeans-clad woman is seen reaching over and grabbing the crotch of a sleeping jeans-clad elderly man and a video giving the history of the fictitious Diesel Island, where young pioneers occupied the land mass not by slaughtering the natives “like other countries did,” but by bribing them with bags of money provided by Diesel.

Rosso pointed out that Diesel now has 15 lines, 12 licenses, 20 subsidiaries, 5,000 doors spanning 80 countries, 6,000 employees and 400 of its own stores. Recalling the firm’s efforts to turn Diesel into a lifestyle brand and its repositioning over the last decade to participate in the move toward premium denim, he could look back on 30 years of success.

“But that, of course, is the past, and nobody remembers who won the championship last year,” he said, eliciting groans from a Los Angeles audience still mourning the Lakers’ early exit from this year’s NBA play-offs after winning the championship in 2010. “Everybody’s looking at who will win the next championship.”

To do that, Diesel is “embracing the digital era,” Rosso said, and using its own stores as “basically our direct contact with our consumer.”

Online, Diesel is moving its marketing investment to activities including “social networks, the Internet, the iPhone, the iPad. We live basically inside the Internet. We don’t even look at each other; [we] do it through a screen with Skype.”