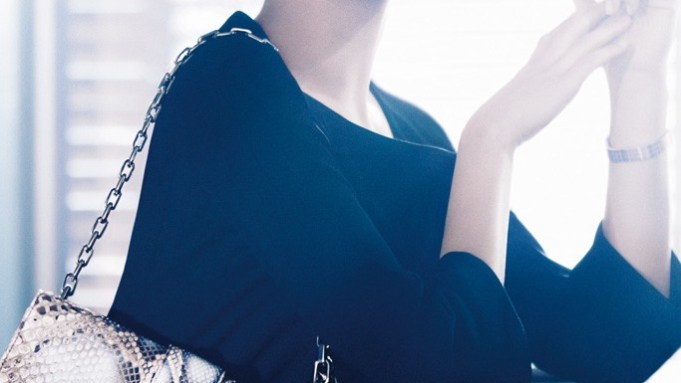 “Black Swan” star Mila Kunis has been named a new face of the French house, and will appear in its spring fashion campaign, shot by Mikael Jansson and slated to break this month in international editions of Elle, Vogue and Madame Figaro, starting with China on Jan. 15, followed by Italy, Russia and France.

It is to debut in the U.S. in The New York Times on Jan. 29, followed by a range of American monthlies, including Vanity Fair and Harper’s Bazaar.

“Mila Kunis is a very talented young actress; she embodies the true modern woman. Her performance in ‘Black Swan’ was remarkable. She is very gifted,” said Delphine Arnault, deputy general manager at Dior, lauding Kunis’ youthful energy. “We are looking forward to a long relationship with her.”

Arnault declined to disclose budgets, but described a “worldwide media plan” for the campaign.

Kunis was one of the most bankable magazine cover stars in 2011, and she exudes a smoldering chic — dressed mostly in black — in the new Dior spots, which showcase the latest versions of the Miss Dior handbag.

“I’m honestly just learning about fashion,” Kunis told WWD exclusively in a telephone interview, confessing she’s more of a “jeans and T-shirt” type. But on the eve of awards season, the Ukraine-born actress is relishing the chance to don Dior’s glamorous gowns.

“In my daily life, I don’t wear the most feminine pieces. But I love to feel feminine when I’m on the red carpet,” Kunis said, adding that Dior’s dresses exalt the figure. “I find that Dior is an incredibly grounded house. I always thought what Dior does is so sophisticated, feminine and beautiful.”

Kunis won wide acclaim for her turn in the 2010 ballet-themed Darren Aronofsky film, scooping up a Premio Marcello Mastroianni award for best young actor or actress at the 67th Venice International Film Festival. Her “Black Swan” performance also won her nominations for a Golden Globe and Screen Actors Guild award.

The 28-year-old recently appeared opposite Justin Timberlake in the steamy “Friends With Benefits” and she just wrapped the Disney film “Oz: The Great and Powerful” opposite James Franco. On television, she is also well known for her role on “That 70’s Show” and as the voice of Meg on “Family Guy.”

Kunis said her “Oz” role, as a “good and bad” witch named Theodora, gave her the chance to wear some intricately detailed designs. “I have three costumes and each of them is so special and so specific to each character,” she said.

Next up, she’s doing reshoots for the motion picture “Ted,” due out in July. “It’s Mark Wahlberg, myself and a talking teddy bear,” she explained.

And how was playing a fashion model for Dior? “They made me feel incredibly comfortable. I can’t say it was the hardest thing to do,” Kunis said.

Dior has a penchant for acclaimed actresses. Oscar winner Marion Cotillard has fronted ads for the Lady Dior bag since 2008, and is slated to continue her association with the French house.

Arnault noted that cinema nourished the creative development of the house founder.

“Christian Dior designed several costumes for the movies and maintained personal relationships with such actresses as Marlene Dietrich, Rita Hayworth, Ava Gardner, Sophia Loren, Marilyn Monroe, Liz Taylor and Grace Kelly,” Arnault said. “It is thus only natural for the house of Dior to continue to develop a very specific and personal relationship with actresses.”

She noted that Kunis would be invited to all Dior worldwide events throughout 2012, but that her attendance would depend on her personal schedule.