Returns, steeper markdowns and racks of designer discounts brought out the crowds Thursday, in a big post-Christmas rush to the stores. 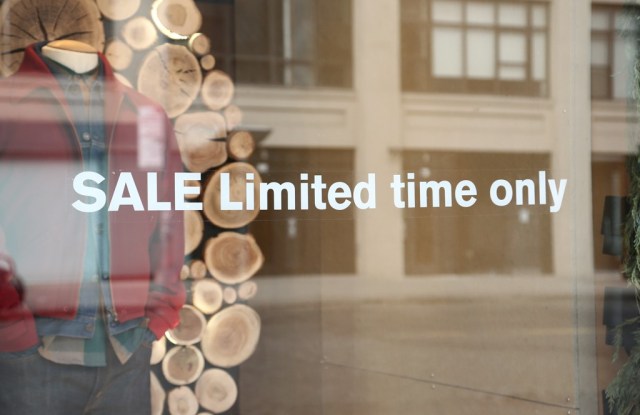 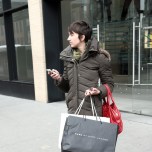 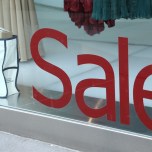 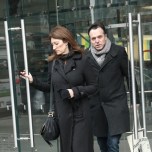 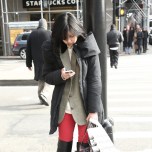 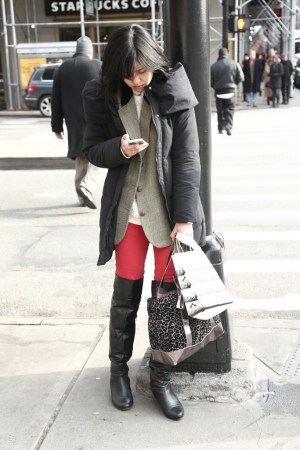 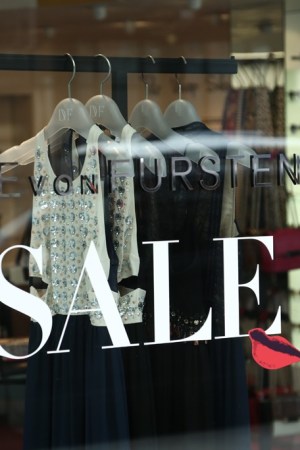 Returns, steeper markdowns and racks of designer discounts brought out the crowds Thursday, in a big post-Christmas rush to the stores.

Early reads suggested the level of crowds and buying on Thursday was nothing beyond what was expected, but strong enough to support previous revenue forecasts for the holiday season ranging from just over 2 percent to under 4 percent ahead. Aside from meeting those revenue goals, retailers are anxious to clear out winter and holiday goods to maintain cash flow and make way for more spring merchandise, which in many cases has been trickling onto selling floors since mid-December.

Perpetuating this year’s fierce battle for market share, many stores opened early Thursday morning, some as early as 6 a.m. Retailers started extending their hours of operation before Thanksgiving. Taubman Center malls were generally still quiet as of 10 a.m. Thursday, but traffic was starting to build, according to Karen MacDonald, director of communications. “Some of our centers are experiencing slower traffic due to snow this morning — here in Michigan [where Taubman is based] and in Connecticut. Those that were at the malls were buying, versus returning.”

At one Taubman property, The Shops at Willow Bend in Plano, Tex., most stores surveyed reported sales, by mid-afternoon Thursday, were up midsingle digits. They cited low inventory levels as a hindrance to larger increases. Stores at Willow Bend also reported that a wide range of discounted merchandise — holiday home decor, electronics, boots, beauty, gift sets, Bluetooth speakers and jewelry — were all moving. Spring merchandise, particularly sweaters and outerwear, were selling well. Taubman estimated about 60 percent of the crowd were buying and 40 percent were making exchanges or returns.

At Belk, the Charlotte-based regional department store chain, “We are having a very strong day,” Jessica M. Graham, vice president of communications and community relations, said at around 4 p.m.

Around noon, New York streets were packed with tourists and families with strollers making returns and seeking the biggest bargains of the year. Bloomingdale’s offered up to 70 percent off, but most of the merchandise appeared to be at 50 percent. Saks Fifth Avenue also drew crowds, with much of the designer merchandise discounted another 40 percent, bringing it to 60 percent off, with another 10 percent off from 8 a.m. to noon. The ready-to-wear floors were loaded with markdown racks in the aisles. The Saks in Stony Point Fashion Park in Richmond, Va., saw close to 100 people in line outside when the store opened at 8 a.m. for the post-Christmas clearance.

Macy’s, among the busiest stores this season, offered a buy-one, get-one-free deal on many men’s shirts and suits, and Old Navy continued to offer markdowns of up to 75 percent seen even before Christmas.

My Habit, the Amazon-owned flash-sale Web site, went as high as 90 percent off for certain items, but the e-tailing giant’s holiday selling has been soured by reports of late deliveries by Federal Express and UPS on items promised to be delivered by Christmas Eve.

“Business is steady, things are busy. This is a normal post-Christmas environment. People are buying,” said Craig Johnson, president of Customer Growth Partners. “Retail’s ‘second season’ will be the biggest ever, especially with benign weather anticipated over the next few days, and a combination of steep promo-pricing on apparel, and full-priced new product, appealing to different consumer segments. Nonetheless, a good second season can move the needle from what is now a just-below 3 percent total sales growth full-season, to a bit above 3 percent. In short, a strong post-Christmas week won’t fully salvage an otherwise sorry season, but it can at least turn a miserable season into a mediocre one.”

CGP’s estimate of total holiday sales remains at $576 billion for the full season, up 3.1 or 3.2 percent. “That’s a mediocre season. Last year, holiday sales were up 3.8 percent, the year before they were up 5.2 percent, and in the mid 2000s, they were up 6 to 7 percent. There is never going to be great growth when there is real income growth of just 0.6 percent and per capita growth of minus 0.1 percent,” said Johnson.

Johnson characterized the two weeks before and after Christmas combined will be “two strong weeks making up for a very severe lull in the first half of December and bad weather.”

CGP monitors all categories except automobiles, gas and restaurants.

At the Mitchells Family of Stores, “Today we seem to be experiencing the same pattern we’ve seen for the season overall — the traffic is slightly down, but the dollars are slightly ahead,” said Bob Mitchell, copresident. “People are out buying. Thank goodness we’re not getting as many returns as we would expect.”

The company is running its normal storewide sale, with merchandise priced anywhere from 25 to 40 percent off. “We are not doing anything out of the ordinary or overly aggressive. It’s not about people rushing in for a barn-breaking sale,” he said.

The stores were also selling full-price spring merchandise. “A lot of people are reacting,” Mitchell said. Among the strongest sellers, he cited Brunello Cucinelli and Loro Piana, for spring and fall have been good, and for spring, Manolo Blahnik, Sylva & Cie jewelry and handbags from Prada, Tod’s, Céline and Hermès. Looking at November and December combined, Mitchell said the company posted a low-single-digit increase. “Today feels about the same,” he noted.

According to MasterCard SpendingPulse, U.S. retail sales during the holiday season — Nov. 1 through Dec. 24 — grew at a 2.3 percent clip. Apparel registered a small advance, with an increase in children’s wear offsetting single-digit declines in women’s and men’s apparel. Luxury goods and electronics were flat for the season, while e-commerce sales advanced in the low double digits.

Jewelry led all gift-related categories with a high-single-digit increase, according to Sarah Quinlan, senior vice president of Market Insights for MasterCard Advisors, who believes that the surge in jewelry sales and decline in adult apparel are related.

“Consumers aren’t replacing their apparel as often as they used to,” she told WWD. “I think that apparel’s performance came partially as a result of people buying things they saw as more of an investment. Consumers got a bit of a bonus earlier in the year when gas prices dropped 10 percent or so. They spent on jewelry first. That started in October and went through November and December, which tells you they weren’t just buying jewelry as a gift. If you didn’t buy a house or a new car, you bought some jewelry, and you did it as an investment.”

The overall increase in spending for the season, including restaurants, was 3.5 percent. “People chose experiential purchases,” Quinlan noted. “We know that the overall wallet is flat, that people don’t have more income. This is a challenge for apparel retailers and manufacturers — they have to make their offerings appear more timeless to consumers.”

MasterCard monitors sales by cash, check and various forms of credit. It found that larger stores outperformed smaller ones during the holidays, most likely because of the increased levels and earlier timing of sales and promotions by larger stores.

“Our expectations for the online holiday shopping season anticipated that consumers would spend heavily later into the season out of necessity to make up for the highly compressed holiday shopping calendar this year,” said Gian Fulgoni, chairman of ComScore. “Unfortunately, that was not in the cards, as the final online shopping week saw considerably softer sales than anticipated, including zero billion-dollar spending days, although Monday and Tuesday came close.”