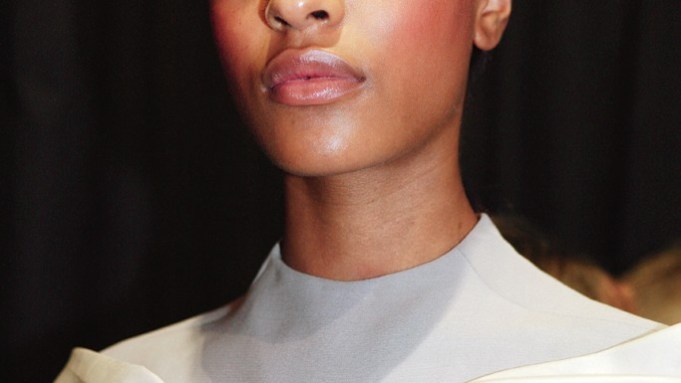 A preponderance of the beauty looks for the fall 2012 fashion collections in Paris were au naturel. “Clothes are becoming more and more embellished. So if you over-design the hair, it becomes really kind of too much,” explained hairstylist Guido Palau backstage before Lanvin’s show.

Ditto for the makeup. “We were inspired by Corrine Day’s photographs from the early Nineties, a young Kate Moss, superfresh girls—like the girls who go to music festivals or the beautiful French girls you see in the street wearing really stylish clothes but no makeup,” said Aaron de Mey backstage at Chloé.

Colors were generally muted. At Rochas, for example, inspiration was gleaned from Scandinavian pottery.

There, the idea was to go “for something really quite earthy,” explained makeup artist Lucia Pieroni, who opted for a blackberry tone for mouths.