The ads explore the diverse interests that women begin after the workday ends. 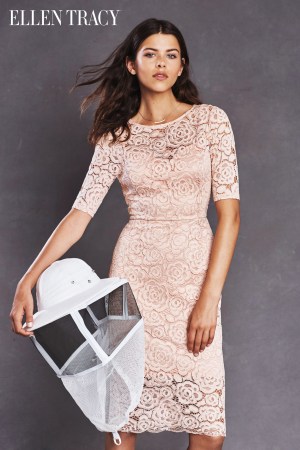 Ellen Tracy is channeling the personal passions of women in the workforce with #MyOtherLove, a new multimedia campaign in support of the spring 2016 collection. The campaign, which is entirely digital, breaks April 11.

The ads explore the diverse interests that women begin after the workday ends.

“From beekeeping to motorcycle treks, world travel to portrait painting and everything in between, we were inspired by what inspires our woman outside of the office,” said Liz Mandracchia, vice president of marketing at Ellen Tracy. “We believe style comes not only from what you wear, but what you do, and the Ellen Tracy woman is certainly not bored when she leaves the boardroom.”

Ellen Tracy was founded 65 years ago and during its heyday in the Nineties generated around $300 million in volume. It currently is owned by Sequential Brands Group, which has licensed the manufacturing and distribution to Global Brands Group. Previously a stalwart in the women’s bridge area, the brand is now marketed in the better sportswear arena. It is geared to a woman 25 years and older, with a core audience between 30 and 45. The brand has increased its department store distribution by 30 percent in the past year and is sold to such retailers as Nordstrom, Macy’s, Dillard’s, Lord & Taylor, Hudson’s Bay and House of Fraser.

The campaign was shot by London-based photographer Emma Tempest, who captured juxtapositions of women in the office and in the outside world; that moment when a woman leaves the office and can pursue her personal interests.

The ads feature models Georgia Fowler and Rose Smith, and show a full range of Ellen Tracy’s spring sportswear and accessories alongside minimal sets to represent the ideas of work and play. The ads will run on elle.com and marieclaire.com.

The social media and digital marketing strategy includes a refreshed Web site with shopping capabilities, fashion editorial content and influencer partnerships. A multi-part series will bring #MyOtherLove to life, including a virtual interactive fashion presentation using 360-degree video that will explore all sides of the Ellen Tracy woman.

The company’s spring ad budget is “up double digits” over the previous year, said a spokesman.