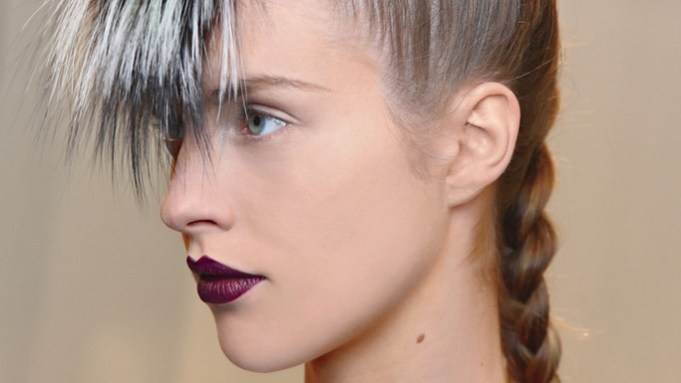 Let others take a minimalist road. For a handful of daring designers, individualist beauty was the name of the game during the fall collections.

As dense steam billowed out from one side of Rick Owens’ runway, models emerged from the cloudlike wall with equally as voluminous hair. As WWD wrote, the look was “teased, tousled and often falling in front of the face for a visual that provided a heavenly touch to the clothes.”

Wild, windswept-looking coifs were the perfect counterpart to Junya Watanabe’s take on the biker jacket.

Haider Ackermann spoke about strength and fragility when describing his fall collection, but there was nothing dainty about the two-tone hairstyles sported by each model.