It should perhaps come as no surprise that women who read fashion and/or beauty magazines were 44 percent more... 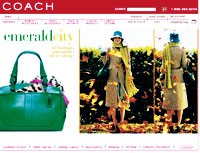 It should perhaps come as no surprise that women who read fashion and/or beauty magazines were 44 percent more likely than average to buy apparel, accessories and other fashion merchandise at upscale department stores, according to a recent survey.

In sharp contrast, women who do not peruse fashion or beauty titles favor discount stores as their destination for fashion items. They were only 3 percent more likely than average to shop such retailers for those goods — but 40 percent less likely to shop for them at high-end department stores, a destination that rated 60 with the group, based on an index of 100.

These and other findings about fashion shopping and attitudes stem from a Glamour magazine-sponsored survey of 2,208 women, ages 25-49, including 938 Glamour readers, 520 readers of fashion and/or beauty magazines who don’t read Glamour and 750 women who don’t consume fashion or beauty titles. The group had an average household income of $90,000 annually. Glamour was not identified to those polled as the underwriter of the study, which was conducted online by Pleasantville, N.Y.-based Equation Research, whose clients include Dell, Microsoft, Nokia, InMotion Pictures and Glamour parent corporation Condé Nast, which, like WWD, is owned by Advance Publications Inc.

Even though Glamour wasn’t identified to the women surveyed, the study still fulfilled all the magazine’s hopes — its readers came out on top as the most likely to shop high-end department stores for fashion, or 53 percent higher than average. And Glamour clearly plans to use that statistic as it battles against competition from other fashion and beauty titles, including such Condé Nast stablemates as Vogue, Allure and Lucky as well as Elle, Jane (also owned by Advance), Marie Claire and In Style.

“We’re on the threshold of a better understanding of consumer behavior,” observed Glamour publisher Bill Wackermann. “Fashion — apparel, accessories and some jewelry — are attainable luxuries. It’s our job to challenge the marketer’s perception of the typical luxury customer and move beyond a simple demographic profile of who a reader is,” he added in referring to consumption behavior and attitudes that are not fully reflected in data such as age, income and geography. Women today, Wackermann insisted, are comfortable moving between the mass and prestige ends of the shopping spectrum.

Both groups of women who take in style-driven magazines were 13 percent less likely than average to shop for apparel, among other fashion items, at discount stores, indexing 87 — but only 4 percent less likely than average to do so at mass department stores such as Kohl’s, J.C. Penney or Sears. Although dollar volume realized in sales of apparel at mass merchants fell 5.6 percent between February and July, it rose 3.4 percent among women ages 18-34 during those six months, according to Port Washington, N.Y.-based market researcher NPD Group.

Purchasing a designer or luxury brand made all three groups surveyed feel special — a feeling that indexed fourth highest with each cohort — but that’s where their agreement on the matter ended. Feeling special rated a 127 among Glamour readers, 107 among readers of other fashion and beauty books and 71 among women who don’t read style-driven titles.

The emotion associated most broadly with buying top-end fashion by Glamour readers was feeling successful, which scored 137, followed by feeling confident, 134, and feeling happy, 133. Among readers of fashion and beauty books other than Glamour, feeling stylish was the primary response, indexing 115; next were feelings of sophistication, 114, and success, 112.

Attitudes toward consuming designer and luxury brands dovetailed with those emotions. The leading perception among both segments was that owning designer or luxury brands is important, rating 156 with Glamour readers and 117 with readers of other style magazines.

Women who don’t read fashion or beauty magazines registered notably different emotions than those who do about buying designer or luxury goods. Those transactions were 47 percent more likely than average to leave them feeling foolish, while feelings of guilt about the activity indexed 100. A below-average 74 was registered by group members who acknowledged a sense of stylishness stemming from such purchases.

Those who don’t dip into fashion and beauty magazines had significantly different takes on designer and luxury brands than those who do. The most commonly held view was a willingness to pay extra for products that make their lives easier, indexing 88, followed by an inclination to work harder to acquire material things, indexing 81. Placing importance on owning designer or luxury brands ranked fifth-lowest of six perceptions, indexing 54. That was well behind the 156 and 117 this attitude was accorded by readers of Glamour and of other fashion and beauty titles, respectively.

It’s not surprising, considering beauty and fashion magazine readers were more than twice as likely to shop for fashion items every couple of days than those who don’t read such titles, indexing 87 versus 41. By comparison, Glamour readers who said they shopped for fashion every couple of days indexed 177. At the opposite end of the style shopping spectrum, Glamour readers who rarely shop for fashion indexed 36, or 64 percent below average, while readers of other fashion and beauty publications indexed 79. Women who don’t partake of fashion or beauty magazines, in contrast, scored 184, making them 84 percent more likely than the typical woman to rarely shop for such things.

“The [fashion] consumer has changed so much in the last few months, let alone the last year,” noted Marshal Cohen, chief industry analyst at NPD Group. The $500 Americans are spending on gasoline a year, on average, is having a huge impact on low- and middle-income consumers, Cohen said, taking a big bite out of the $1,000 or so devoted each year to apparel purchases by the average American, who has annual household income of about $42,000.

In fact, NPD found price became the third-heaviest influence on people’s decision to buy apparel this July, up from fourth place last December, with 47 percent citing it this summer versus 41 percent in 2003. Style and comfort continued as the top two purchase triggers, while fit fell to fourth most significant, from third.

In addition, NPD research shows 80 percent of women are more interested in style than in fashion brands. “There is a widening disconnect between fashion brands, fashion stores and customers,” Cohen related. “So the consumer is migrating elsewhere and spending her money on other products.”