Food titles soared in the recession — but now are coming back to Earth hard. 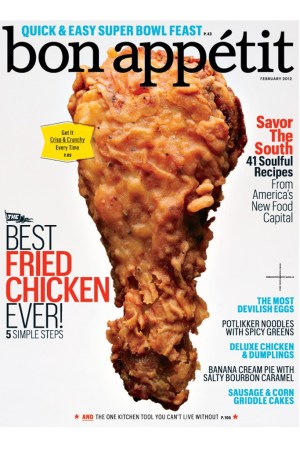 In 2009, when the luxury market crashed and magazines were averaging 25 percent ad page declines, there was one part of the magazine world that looked relatively stable: food. That year, automotive ads dropped at a 41 percent clip, retail and accessories both fell 30 percent, but food and food product advertising declined a mere 5 percent. Food Network Magazine began publishing regularly — and quickly became one of the industry’s biggest success stories. It seemed that maybe food wasn’t such a bad business to be in.

Two years later, the story is different. Luxury advertising is holding together just fine, and the group of advertisers that have pulled out their ads faster than anyone else turned out to be — sure enough — the foodies. According to the Publishers Information Bureau, food and food product advertising in magazines dropped 17 percent in 2011, a larger decline than any other advertising group (for example: financial, insurance and real estate went up 13 percent, accessories went up 6 percent and cosmetics was up 4 percent).

This story first appeared in the February 1, 2012 issue of WWD. Subscribe Today.

Almost every food magazine took a hit in 2011: Everyday Food and Every Day with Rachael Ray each dropped 21 percent; Cooking Light was down 14 percent; Saveur, 7 percent; Bon Appétit, 5 percent, and Food & Wine, 3 percent. Food Network Magazine, one of the few bright spots, had a 12 percent gain.

So what happened in the food world?

Bon Appétit publisher Pamela Drucker Mann said the industry went through a “food bubble” a few years ago. “The recession hit, and luxury buyers were like, ‘Oooh, I am going to start squirreling away,’” she said. “There was this fear of things falling apart and food was the safe haven.”

The commodities market was doing great, the country was getting increasingly foodie-obsessed, and “ad pages were thriving,” said Drucker Mann.

“And then fast forward to now and the food bubble has — well, I was going to say popped, but things have shifted since then,” she said. “Now, commodities are really stretched and the first thing to go for food companies is advertising.”

Patrick Taylor, a spokesman for Meredith, the publisher that bought Every Day with Rachael Ray and EatingWell in 2011, and recently bought allrecipes.com for $175 million, agreed that food marketing has dwindled thanks to “a steep rise in commodity pricing that curtailed marketers and consumer spending in general.”

Also, food can just be sort of inconsistent.

“Food can sometimes be like the auto world — it’s about launches and new products,” said Jay Meyer, the associate publisher of Food & Wine, which makes for unpredictable business. Meyer said that Food & Wine has a diverse ad base, which includes travel, automotive and wine and spirits, and hasn’t been hit that hard by the drop in food page ads.

But there’s a consumer piece to it as well — and with a jittery consumer spirit still out there, it’s not entirely clear how food magazines will fare in 2012.

“The middle class has been squeezed 100 percent during this version of the recession,” added Drucker Mann. “So now it’s the other way around. Luxury consumers are spending and they are driving the marketplace on the high level and the middle class is being squeezed, and that’s heavily affecting the level of spending that’s happening.”

Since Bon Appétit got a fancy redesign in May 2011, Drucker Mann has been hard at work at diversifying her ad base. As food products continue to be an unreliable place to turn, she and editor in chief Adam Rapoport have been quickly repositioning the magazine as a lifestyle and culture food magazine. She said that 80 percent of new advertisers in 2011 came from luxury or lifestyle and only 20 percent came from food.

Rapoport’s newsstand results have seen good early returns: Since the redesign in May, newsstand for the book is up 12 percent through January, an accomplishment that not a lot of magazines can claim these days. While Bon Appétit’s ad pages fell 5 percent in 2011 and dropped 3 percent post-redesign — a noticeable missed opportunity since it was a redesign year, which should translate into a solid ad page bump — Drucker Mann is bullish on the title and guaranteed it would have a first-quarter ad-page gain year-over-year.

“Bon Appétit is to Vanity Fair what Food Network Magazine is to People Magazine,” said Drucker Mann, making a familiar pitch that uses the words “Vanity Fair.” “They’re the People, we’re the Vanity Fair or the Vogue. We reach a very specific affluent consumer and our edit is specifically about the sexiness of food and culture. Food Network, just like People, is reaching the masses and it’s reaching the everyday person. That’s why we’re both doing so well when everyone else is in this diluted state. Everyone is fighting for this same kind of business, and there’s just a much smaller pie of that food business to go around.”

Which leads us to Food Network Magazine. The magazine is less than four years old, but its success is a standout in the entire magazine industry. While food magazines suffered losses nearly across-the-board, the Hearst-Scripps joint project not only saw a 12 percent ad page gain but publisher Vicki Wellington said it picked up 15 percent on the newsstand last year.

“We just had our second rate base announcement, just for 2012, and it’s seventh since we started 26 issues ago,” said Wellington. “We announced 1.45 million but the truth is we’re delivering like 1.58 [million]. The story is just rock solid from the consumer perspective and we’re just rocking it out on newsstand. That’s not a food story, that’s just a consumer story.”

As for the belt-tightening among food companies, she wouldn’t bite.

And what did Wellington think about being compared to People Magazine? Did we just — dare we say it — step into a food fight?

“I think it would be great to be like People Magazine — they’re one of the most successful magazines ever,” she said. “If you look at the newsstand numbers, and I’m just looking here at the numbers for 2011 — take our December issue. Projected to sell 450,000 copies on the newsstand. And you’ve got Bon Ap selling 95,000. We’re talking David and Goliath. There is no comparison. Food Network Magazine sells more newsstand than the combination of a lot of those magazines put together.”