French Connection has tapped Harley Weir to shoot its fall ad campaign, inspired by the brand's heritage and love of the English countryside. 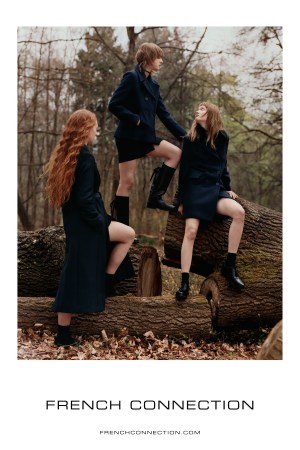 LONDON — French Connection has tapped Harley Weir to shoot its fall ad campaign, which was inspired by the brand’s heritage and love of the English countryside, WWD has learned.

The company said, the campaign is meant to evoke a feeling of “enchantment and dark romance.” The campaign also champions new talent and celebrates individuality, with five “emerging, unconventional, models,” who are pictured in the great outdoors.

“We are excited to be working with Harley Weir for another season. We continue to support emerging talent, which is part of the brand’s DNA and are looking forward to the launch of the latest fall 2016 collection,” said Stephen Marks, the brand’s chief executive officer.

The campaign will run in the September issues of selected print media, although the company did not give any further details.