Firm hopes to turn a fictional cosmetics company from “The Young and the Restless” into a real-life business.

By Pete Born and Faye Brookman on May 27, 2011
View Slideshow 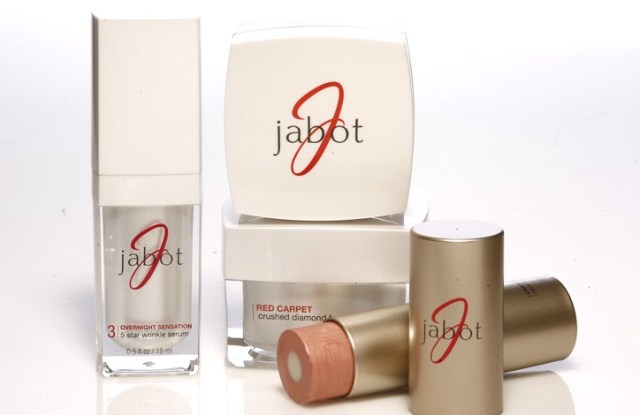 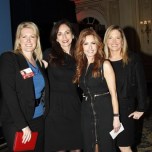 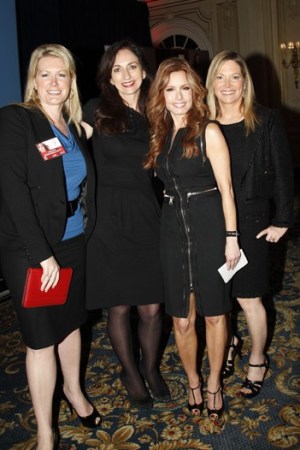 The looking glass of beauty is about to turn into a two-way mirror.

With a bit of marketing razzle-dazzle worthy of a Hollywood production, Fusion Brands Inc. hopes to turn a fictional device in a soap opera into a real-life business that, executives say, could help transform how marketing is done in an industry that is desperately in search of innovation. Working with Sony Pictures and CBS Consumer Products in a licensing deal, Fusion took the idea of a fictional cosmetics company, called Jabot, from the hit soap “The Young and the Restless” and created a full-fledged cosmetics, skin care and fragrance brand that will be launched on HSN and later rolled out through the Ulta specialty store chain.

To complete the circle between fiction and reality, the actress Tracey E. Bregman, who plays a department store heiress on the show, will wear the makeup and introduce the brand on the red carpet at the Daytime Emmy Awards in Las Vegas on June 19. She also will pitch the products on HSN when the brand gets its first shows on June 21 and 22.

One TV production will be driving another. Bill Brand, executive vice president of programming, marketing and business development at HSN, said four shows are planned in June and more in July. The women’s fragrance, Black Satin, will probably go on air in the fourth quarter. One of the ways in which HSN will promote the brand is to show backstage footage from the show. “It’s about storytelling,” he said.

As Caroline Pieper-Vogt, chief executive officer of Fusion Brands, says, it’s a case of turning fantasy into reality and then back again when characters on the show start discussing real-life marketing developments of the brand outside the studio. “This is a new way to do beauty; it’s a new paradigm,” Pieper-Vogt said Thursday, adding the advent of the Jabot line “brings fantasy to life.”

And the fascination is just as strong from the fictional side. Maria Bell, the head writer and executive producer who has been with the show since the early Eighties, said, “It is exciting to break through the fourth wall and make this a reality.” Bregman, who has been appearing on the show for 25 years, added, “We’ve been talking about it for decades and now it is a reality.” On the show, Jabot is a company founded by the family of Jack Abbott, where many of the characters work. Kent noted, “This is our first brand extension. We thought the time was right.”

What is driving all this reality versus fantasy theorizing is a very lucrative and tempting market. “The Young and the Restless” has built up an audience of 6 million daily viewers during the 22 years that it has been ranked number one, and these fans are devoted, if not fanatical. Steve Kent, senior executive vice president of programming at Sony Pictures Television, said that when the producers were thinking of eliminating one of the characters last year, a fan hired a plane and flew it over the Los Angeles studio trailing a protest banner.

The soap opera genre once supported 15 shows. Now “The Young and Restless” is one of four that remain, Kent said. The demographics of the show consist mostly of women, 80 percent of them between the ages of 35 and 49, with an average household income of $55,000 a year. Much of the audience lives in the South and the entire constituency has a Middle America flavor. The fictitious location of the show is Dayton, Ohio.

No one was breaking out figures, but sources estimate the Jabot brand could generate $50 million in retail sales at the end of two years.

Other attempts have been made in the past to use soap operas as a springboard for beauty products. “All My Children” gave birth to two fragrances, Enchantment and Charm, that provided Wal-Mart with an exclusive, until the chain decided to sell the merchandise through. Enchantment can still be found on Web sites such as Amazon.com. Separately, “AMC” star Susan Lucci had her own fragrance, called Invitation, which was sold on HSN.

Pieper-Vogt and the TV executives said they had studied those early examples and quickly underscored the differences. Jabot has been included in the backbone of the plot for 35 years, and the brand has a definite positioning of offering “hard-working Hollywood glamour for hard working women,” Pieper-Vogt said. The products are used by actresses on the show because they have been designed — and clinically tested — to stand up under the studio lights during long days of filming. “There is a raison d’etre,” she added. “There is more of a resonance. These are real products for real women. We are convinced this will only grow.”

Indeed, Gregory Economos, senior vice president of Sony Pictures Television Consumer Products, also drew a distinction with the earlier attempts. “This isn’t a product placement,” he said. “They developed a real brand that has been on the show for many years.”

The Jabot licensing deal and product line was the brainchild of Alisa Beyer, who heads her own brand-building firm called the Benchmarking Co. She decided the products had to be glamorous, sexy and priced under $40 after visiting the show’s set in L.A. and studying the actress’ routines. She discovered that looking glamorous is hard work. “I noticed the lack of hydration,” she said about long days under the lights. Therefore, the antiaging skin care aspect was stressed. The skin care products contain a proprietary molecule that the company calls Miracules Complex and contains cactus pectin, which Beyer notes is designed to bind moisture into the skin at a super rate. The moisturizing aspect also is factored into the makeup.

Another problem that Beyer noticed was that the ravaged skin of actresses only gets to repair itself when they are asleep at night. So she designed Overnight Sensation creams. The brand will be introduced with a Red Carpet trio of products. A women’s fragrance, Black Satin, will be introduced in September.

In the first quarter of next year, Beyer plans to launch a line of eye makeup that is smudge proof, waterproof and “stay proof,” another plus for hardworking actress. She said she also has a range of primers in the works designed to get rid of redness and further down the road is a hair care collection. “They all have big gorgeous hair,” she observed.