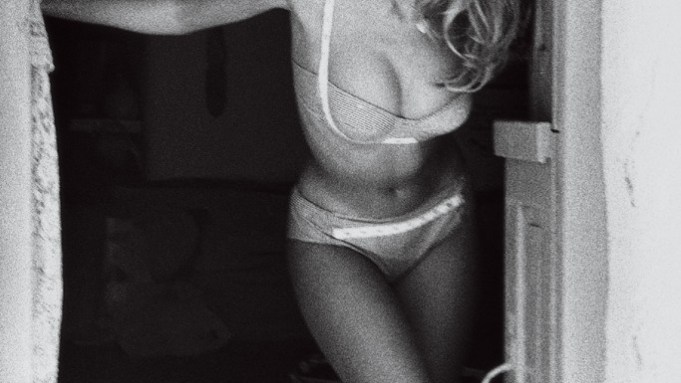 Working on the Guess ad campaigns was a big boost for many photographers and models. Here, they look back.

“Shooting the Guess 30th anniversary campaign was like going back in time. It brought back so many great memories and has been a lot of fun working together again with Ellen and Paul. Guess will always have a soft spot in my heart and I’m excited that, 23 years later, we can still work together so successfully.”

“I have been so blessed to have worked with many of the greatest fashion photographers and designers who have produced images which have been so important throughout my career, but that special combination with Ellen von Unwerth and Paul Marciano for Guess was amazing. I had always loved the Guess images and I was so excited to do it because it was also the first time I went to Brazil and Rio and to be the ‘Girl from Ipanema’ for a day was a dream.…I was in heaven!

“I have special memories of that trip I will always treasure — the beaches of Copacabana and Ipanema and climbing up those steps to the Christ the Redeemer statue…phew! It was wonderful and those images were a milestone of the early days of my career. Thank you Guess, thank you Paul, thank you Ellen.”

“Back in the days when I started modeling, the Guess Jeans campaign was one of the greatest. When my agency called me to tell me I got the job, I couldn’t believe it. The photographer Ellen von Unwerth has transformed me into Marilyn for them. And if I recall, we have done few campaigns for Guess — even one in favelas in Brazil with Naomi and one in New York in the The Actors Studio and on the streets of New York. Those ads always looked like movie stills — black-and-white and full of emotions and life. Paul Marciano had a great concept and has done an amazing job for how long now? 30 years!! xx.”

“Guess is the epitome of an iconic American brand and I am honored that Mr. Marciano felt that I could help represent that.  Growing up, I can remember the Guess ads always catching my eye. It is surreal that my image is now there. Being a part of the Guess campaign has been an incredible experience and I feel lucky to be a part of the Guess family.”

“I was on the second incarnation of my young modeling career and my first American Vogue cover had just come out when I was booked for my first assignment with Guess. I shot with Ellen von Unwerth for the brand in Italy. The moment was a pivotal one in my career and the photos catapulted me into a new stardom. Audiences could relate to the beauty Guess honored in women. There was no ‘one type.’ We were celebrated as blonde or brunette bombshells, and curves were applauded as we bore witness to Anna Nicole’s stunning Guess campaign. There was a wonderful flavor to both the end result of the photo shoots as well as to the fun we had while on set. I remember that time in my career fondly.”

“Guess was my first large-scale international campaign with the photographer Wayne Maser. It set my career in motion and, on a personal level, seeing the marshes and plains of America was a completely alien, eye-opening experience — I was just a school girl from Holland!”

“Ever since I was a little girl I have looked up to models like Claudia Schiffer. I dreamed of being a Guess Girl and my dream came true. I absolutely loved working with Ellen von Unwerth. It made me extremely proud to drive down Sunset Boulevard and see my Guess photos on a huge billboard.”

“I did the Guess campaigns in 2008 and 2009. Working for them had always been a huge goal of mine, so when I finally did get the opportunity it was really a dream come true. Guess is a worldwide recognized denim brand and their campaigns have been iconic. My life has changed — everyone sees those campaigns, they’re always sexy and it’s a very good spread to have in your book.”

“I love shooting Guess. Guess changed my career primarily in that it gave me the opportunity to shoot so many great and gorgeous women — and I became known for creating a certain kind of sexy image. From the beginning, I was given so much freedom — we have shot some of the most memorable women in the world. I love the photographs have generated such a response from around the world. I meet people all the time who tell me that a picture I took of Carré Otis or Claudia Schiffer 20 years ago was on their bedroom wall and helped them figure out what they wanted to do when they grew up.

“It’s very gratifying to have touched people’s lives in that way.”

“Over the years, I have had the pleasure of shooting many of the Guess campaigns featuring Anna Nicole, Laetitia Casta  and many others. My first Guess campaign was in Miami in 1992 with Anna Nicole Smith. The look of the shoot was inspired by the film ‘Scarface.’ This shoot was a milestone in my career. It influenced the way I shot back then and to this day. Paul and I both found inspiration in film and we used it to set the tone for this campaign. We continued to use films to inspire use through our years of collaboration. Two of my favorites were: Anna Nicole/‘Raging Bull’ in New York, and ‘The Thomas Crown Affair’ in L.A. with Laetitia Casta.

“Paul launched my career internationally and I’ll always be grateful to him for giving a young girl from Melbourne such an extraordinary opportunity. He changed my life.”

“Guess started and built my career in the world of photography. My understanding and love of sexiness is defined by the Guess brand.”

“I had never shot in New Mexico before, and Georgia O’Keeffe has always been one of my favorite artists. Shooting Guess in New Mexico gave me an opportunity to understand her work and connect with those paintings in a totally new, organic way. The sunsets in New Mexico can only be described in pictures.”

“I remember waiting for a friend in a restaurant in New York soon after shooting Guess. It was kind of an industry hot spot, and someone sat down at the next table with the new Vanity Fair. In the first couple of pages there was the double-page spread that we had just shot and he says to his colleague, ‘Look at this sick new Guess campaign…this is amazing!’ I knew at that point we were going to get a great reception.
“Internationally, it opened a lot of doors for me to work for European magazines. Modeling agents became more anxious for me to work with their talent.  There’s something about being from L.A. and being able to do a Guess campaign…it’s like the pinnacle of L.A. fashion advertising. I also thought it was great that there was such an editorial spirit working with them that really let everyone on set, from stylists to makeup artists to models, interpret a feeling and get inspired. It rarely happens.”

“I shot my first Guess campaign in 1996 with Laetitia Casta, Mark Vanderloo, Alex Lundqvist and Jason Lewis. We shot on the Staten Island Ferry, and rode it back and forth. It was my first advertising shoot and my first time riding the old Staten Island Ferry. It immediately changed the trajectory of my fashion photography career.”