The series, "Couple Thinkers," will air on YouTube starting on Oct. 9. 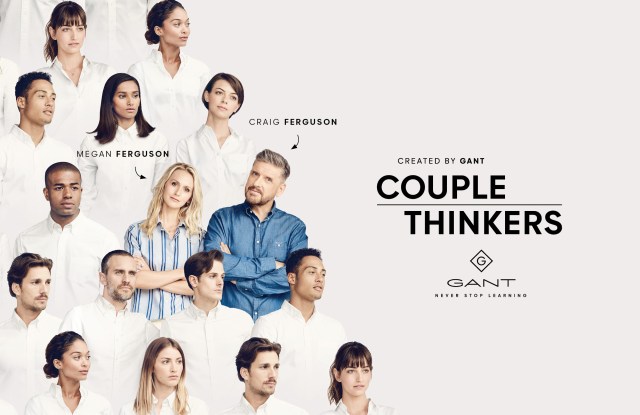 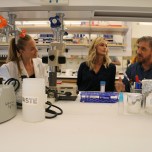 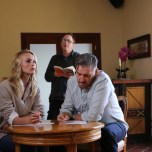 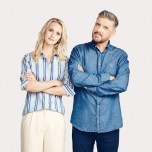 Gant has come up with a novel way to promote its brand — don’t mention it.

The show will follow the Fergusons as they travel around the world talking to experts about topics they’ve always pondered but have never had the chance to explore, such as sustainability, space and aging.

At no point during the 30-minute shows is the Gant name mentioned. It is only featured at the end of the final credits with a screen that says: Created by Gant.

Eleonore Sall, who took over as global marketing director for the brand about 18 months ago, said Gant is seeking to provide “content that people want to see instead of disrupting what they want to see with commercials. We want to create content that inspires people.”

Once the idea was formulated, the team brainstormed about who could host it and came up with Ferguson’s name. “The subjects are deep, so if it’s not entertaining, no one will watch,” she said. “It had to be someone who was good on TV and had a sense of humor.”

Gant set up a meeting with him in Los Angeles and Ferguson was quick to sign on, even becoming coproducer. The brand then asked who Ferguson had the most productive conversations with, and he said his wife. “She’d never been on camera, but she’s as equally good as he is,” Sall said.

Although the Fergusons wear Gant on the show, that is not promoted. And although the show is also going to be available for viewing on the Gant web site, it will be as videos embedded from YouTube, which Sall believes is the most “democratic” medium. “We don’t want to force people to watch them,” she said.

Sall said the six episodes for this season have been completed and the team is already working on season two. “This is a long journey,” she said. Guests will include entrepreneur Kimbal Musk on sustainability, Neil deGrasse Tyson on space and the future, Daisy Robinton on aging and Arianna Huffington on defining success.

The shows will air in 70 countries and mark the largest marketing campaign in Gant’s history. Sall declined to provide a cost for the project.

She said that to gauge the effectiveness of the campaign, Gant will employ a lot of metrics, including engagement with its social media posts, time spent in stores, etc.

“To be a leading brand in the future we believe consumers need to understand why your brand exists,” said Patrik Nilsson, chief executive officer. “Since 1949, Gant has worked to make the world better and more beautiful through our passion for American sportswear and lifelong learning. This TV show is a great example of that.”

Gant will host a preview of the show in New York on Sept. 28 that will also feature a question-and-answer session with the Fergusons.